What will football fans NOT be allowed to do at the World Cup in Qatar?

Qatar has strict rules regarding homosexuality, alcohol, dress, public displays of affection and gambling. Flouting these rules can result in serious consequences, so it is worth knowing the do's and don'ts if you are heading to Qatar to catch the action.

by Ben Williams
in Football, Sport 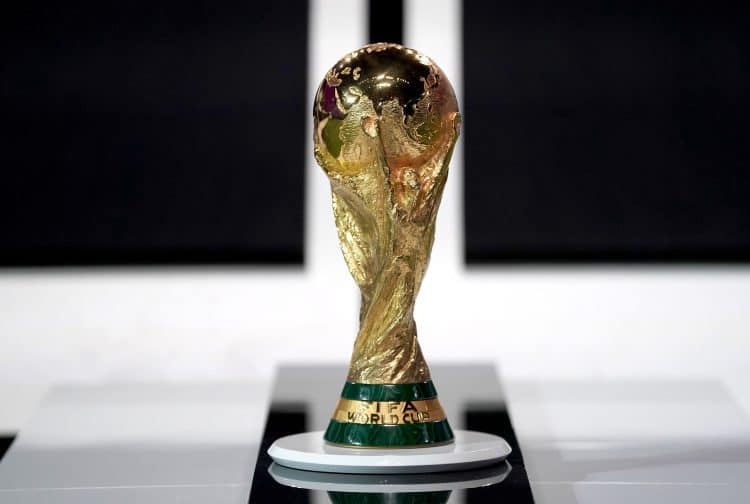 With the World Cup in Qatar just weeks away – football fans are being reminded by authorities to respect the rules of this Islamic country at all times and make sure their actions do not cause any offence.

Qatar has strict rules regarding homosexuality, alcohol, dress, public displays of affection and gambling. Flouting these rules can result in serious consequences, so it is worth knowing the do’s and don’ts if you are heading to Qatar to catch the action.

So if you’re thinking you’ll bypass gambling laws by accessing your favourite bookie via a Virtual Private Network for UK access, or that you’ll sneak a hip-flask into the stadium to get past the strict alcohol laws, ensure you are aware of the rules and the risks beforehand.

So let’s kick off with some important guidelines and ways to play ball with Qatar’s rules….

Qatar has a list of strict rules when it comes to drinking alcohol, and anyone found to be drunk in public places faces being hit with hefty fines.

The majority of rule relaxations around alcohol relate only to fans with official tickets, and drinking outside of pre-approved zones will not be permitted by Qatari law. Alcohol is only available to visitors aged 21+ at licensed hotels, restaurants and bars and it should be noted there are strict laws against bringing alcohol into the country.

It is not advisable to find yourself intoxicated in public places outside of designated zones.

FIFA have confirmed that match ticket holders for World Cup games will be permitted to buy and drink alcohol in specific areas inside and around the stadium before and after games. Fans will also be permitted to purchase alcohol and drink it at the designated FIFA fan festival in Doha’s Al Bidda Park after 18:30 local time. However, there will be no alcohol served in the stadiums during the games.

How will LGBTQ fans be treated?

Homosexuality is strictly illegal in Qatar and public displays of affection are seen as offensive, regardless of gender or sexual orientation. The organising committee has therefore asked visitors during the World Cup to limit public intimacy – so, simply put, keep your hands to yourself.

Qatari law prohibits cohabitation of unmarried couples, but authorities have confirmed that during the World Cup, unmarried friends of different genders or couples can share the same room without consequences. The official line of authorities focuses primarily on public displays of sexuality but local customs on LGBTQ+ rights and freedoms are seriously restricted.

Even public displays of affection with the opposite sex in Qatar can get you in to trouble, so no kissing or fondling in public whatsoever. Punishments in Qatar can be serious, so don’t fool around.

How should fans dress?

We’ve all seen European fans shirtless in stadiums, especially during summer world cups, with only a body-paint flag to cover that beer-belly. However, visitors will be expected to show modesty  and respect in the way they dress and cover shoulders and knees when visiting public places such as museums and government buildings in accordance with Qatar’s rules. The removal of shirts is prohibited inside the stadium but swimwear is allowed on hotel beaches and swimming pools.

Qatar Authorities have stated fans will need to keep their clothing respectful and modest during the Qatar World Cup. Both men and women will be expected to adhere to all the usual rules regarding what to wear in Qatar.

As a guideline The Qatar Tourism Authority states: “Visitors (men as well as women) are expected to show respect for local culture by avoiding excessively revealing clothing in public. “It is generally recommended for men and women to ensure their shoulders and knees are covered.”

Advertisements and the promotion of gambling of any kind is illegal in Qatar.  It therefore remains doubtful that any kind of gambling will be allowed, with those caught engaging in this activity certain to be punished.

Gambling online in Qatar is still possible due to the many betting sites and online casinos that are registered offshore. Such sites cater to customers based in Qatar and simply require a VPN to gain access from your region. Some English fans may be tempted to use a Virtual Private Network for UK access to their favourite provider, but there are still risks if caught.

While legal action against using an offshore gambling site is less likely, the Qatari authorities may still ban these sites under the country’s Cybercrime Law, which also allows for the seizure of computers or other equipment, and the removal of any profits made by gambling activity.

There’s no doubt that this year’s World Cup will be quite different from what we have seen before. Yesterday former FIFA President Sepp Blatter admitted that it was a mistake to award the tournament to Qatar, effectively claiming that the country is too small for the size of the tournament, and the World Cup is too big for the size of country. Only time will tell how successful this tournament will be, but to ensure you don’t live to regret it, take note and be aware of Qatar’s strict rules and culture.