The Tory MP said we "have stability now", provoking an angry response from the journalist and TV presenter. 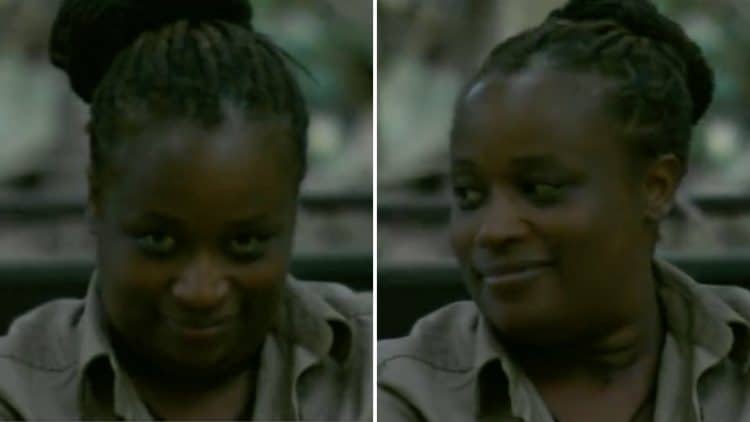 Charlene White spoke for everyone after she clearly didn’t buy Matt Hancock’s justification for taking part in I’m a Celebrity while still a serving politician.

The former health secretary made his first appearance in the jungle on Monday night, much to the bemusement of stars on the show, as he suggested he was only there because there is now “stability” in UK politics.

Hancock’s decision to appear on the show has drawn widespread criticism from the public.

A petition set up by Covid-19 Bereaved Families for Justice which says that Hancock’s appearance on the programme will “cause real pain and anguish to those of us who lost loved ones to Covid-19″ has already gained almost 50,000 signatures.

Discussing the move on the show, White, a journalist and TV presenter, put him to task.

Hancock replied earnestly: “There are so few ways in which politicians can show that we are human beings.”

White then shot a look – in silence – that spoke volumes.

She continued to press Hancock on the public reaction to his decision.

Hancock had told White: “If I can use this to sort of peel myself back a bit and just be me, it’s better.”

She replied: “But I can imagine it would not have gone down well at all at home? You have to expect that because parliament is still sitting, we’re not in recess, you know…?”

He told her: “I genuinely think that because we’ve now got sort of stability, that is…”

White said: “We’ve had stability for all of five minutes, Matt.”

‘Big Short’ investor has found his next target