by Jon Hatchman
in Sport 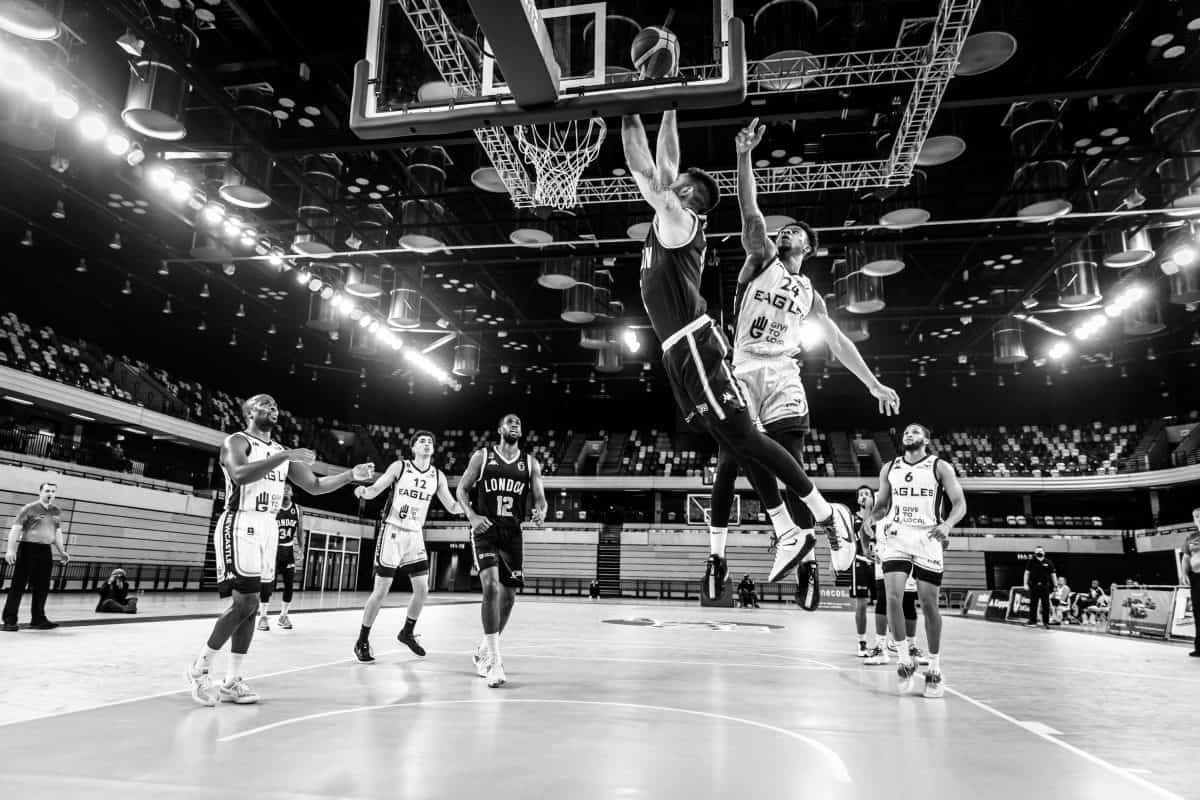 London Lions are thriving, but the 2020/21 BBL season isn’t without its differences.

Due to the effects of the Covid-19 outbreak, the British Basketball League agreed on a decision to postpone the remainder of the 2019/20 season last March.

Following the implementation of a Government rescue package of up to £4 million for British basketball, to address the impact of the absence of spectators as a result of the coronavirus pandemic (most of which is targeted at the BBL and WBBL), the 2020/21 season officially resumed in November, with opening rounds of the BBL Cup competition having begun in October. But due to the effects of the ongoing pandemic, a number of strict new measures have been put in place.

“I want to say it’s had a life changing impact on the sport in this country, on many fronts. How we see sport but also how all of us in basketball see our relationship with the fans and the community at large,” said London Lions Head Coach Vince Macaulay in a recent chat with The London Economic.

Currently top of the British Basketball League Championship, the London Lions have had an impressive start to the season, also competing in the FIBA Europe Cup. On those trips to Europe, the team have experienced social distancing on the bench, constant sanitising, and wearing masks, as well as adhering to Government guidelines over the UK’s regional tier systems introduced to combat the spread of the coronavirus. Despite these precautions, the volatile nature of the virus does continue to impact games.

Due to a number of Manchester Giants players being forced to self-isolate, the team were recently unable to fulfil their fixture against London Lions, giving the Lions an automatic bye to the Final. While the postponement of games is far from ideal, it’s not exactly surprising.

“I don’t think [self-isolating] is a big concern, and I don’t think it should be a big concern with any club, because once we all took the decision to try to play through the pandemic I think it comes along side it,” says Macaulay. “I mean, nobody can pretend they didn’t know there was a pandemic. I know we can pretend we didn’t know there were going to be occasions when we knew we were going to have to self-isolate, and the management of practice and games was going to change completely, and I think that we’ve all been through it.”

He continues: “I understand the value of being able to step on the floor and having the ability to play. I think, Danny Byrne (Manchester Giants Head Coach) has done a tremendous job over the years keeping that club going, and now having an opportunity with some good quality players to have an impact on the league table and stuff like that. They were looking forward to that match as we were but it’s going to happen again. I hope it doesn’t happen to us before the final, or anybody else, but it’s going to happen again. I think you can see what’s going on with Tottenham and Fulham and Aston Villa, and so on in the Premier League. It’s going to happen, so you just have understand that’s the new normal until this pandemic has gone.”

In a hope to protect staff and players, the entire London Lions organisation is continuing to bring the latest education to the top of the pile, as well as keeping up-to-date on the latest advice. A training app is also used to monitor potential symptoms, with individuals able to input details such as temperatures on an hourly basis. Venues also have their own protocols tied into risk assessments: which bathrooms can be used, no showers after practice, focus on hand sanitising, etc. Players are also encouraged to avoid public transport at all costs, which Vince Macaulay acknowledges is difficult in London. “Playing basketball is the smallest part of what we’ve been doing this year.”

Across the board, the change that’s perhaps most noticeable for clubs, players, and supporters is the lack of fans in the arenas.

“Personally I struggle with that,” says Macaulay. “I’m struggling having to stay at home all the time, and I’m fortunate that I can go to work to practice and go to work to games but being stuck at home is, and I’m sure everyone is experiencing that, it’s very difficult and you really need to stay on top of you mental health. And I felt that us playing was going to be really positive for the fans to be able to see that all, but it gutting that they cant be with us. I mean, we’ve had a good start to the season, we’ve got through to a semi-final, then a final, and we’re beating teams and we cant share it with the long term and short term fans that we have.”

With fans absent, the BBL and London Lions are putting measures in place to keep the games accessible to fans, including additional social media content and engagement, while games are televised via Sky Sports, with a BBL Player platform also showcasing all games, similar to the NBA’s League Pass.

“If we said to ourselves couple of years ago that every game in the league was going to be available for you to watch no one would believe it but that is indeed what is actually happening or trying to be happening. You can watch your own team’s game you can watch the team your team is going to be playing next week, watch their games. I mean trying to put that product out there to whatever level we can. Currently I know there is room for improvement and I know people are working very hard to improve that, I think that’s what the clubs and the BBL are doing to make that completely accessible to fans”.

While the present poses numerous difficulties, Vince Macaulay looks to the future of British basketball with optimism. While the game continues to grow (also thanks to the rising popularity of the NBA in the UK), the grassroots game is producing more and more exciting young players, and being away from the fans has brought more value to London Lion’s place in the community and that growing bond between fans and the club.

“I’m  not meeting with our fans, I’m not seeing them on a game-by-game basis. I feel even more strongly associated to them because we are both missing each other if you like. So I think that stuff, plus some of the investment that’s coming into the game and into the clubs, is going to show a real upturn in British basketball.

“Take the pandemic away for half a second and what clubs have been doing in terms of organising their own venues, the quality of play that we’ve been bringing to the country; all of that shows you a strong stride forward by the game in this country.

“I’ve said this right from the beginning that one of the impacts of the pandemic is basically that it has brought an opportunity for us as basketball to reshuffle the pack of where we are in the pecking order of sport in this country. I’m not suggesting we jump over Premier League football, but when we come out of the pandemic the sports that have continued to play, and the clubs that have continued to grow and develop a lot will rapidly rise to the top. And I think we have a real opportunity as a sport in this country, with more and more British players playing at home and a better quality of foreign players coming in to join us to rise up above the position we were going  in to the pandemic.”

This article was amended on Monday 18th January, 2021.