The Turkish chef was seen parading around the pitch in the wake of the World Cup final and taking pictures with the trophy. 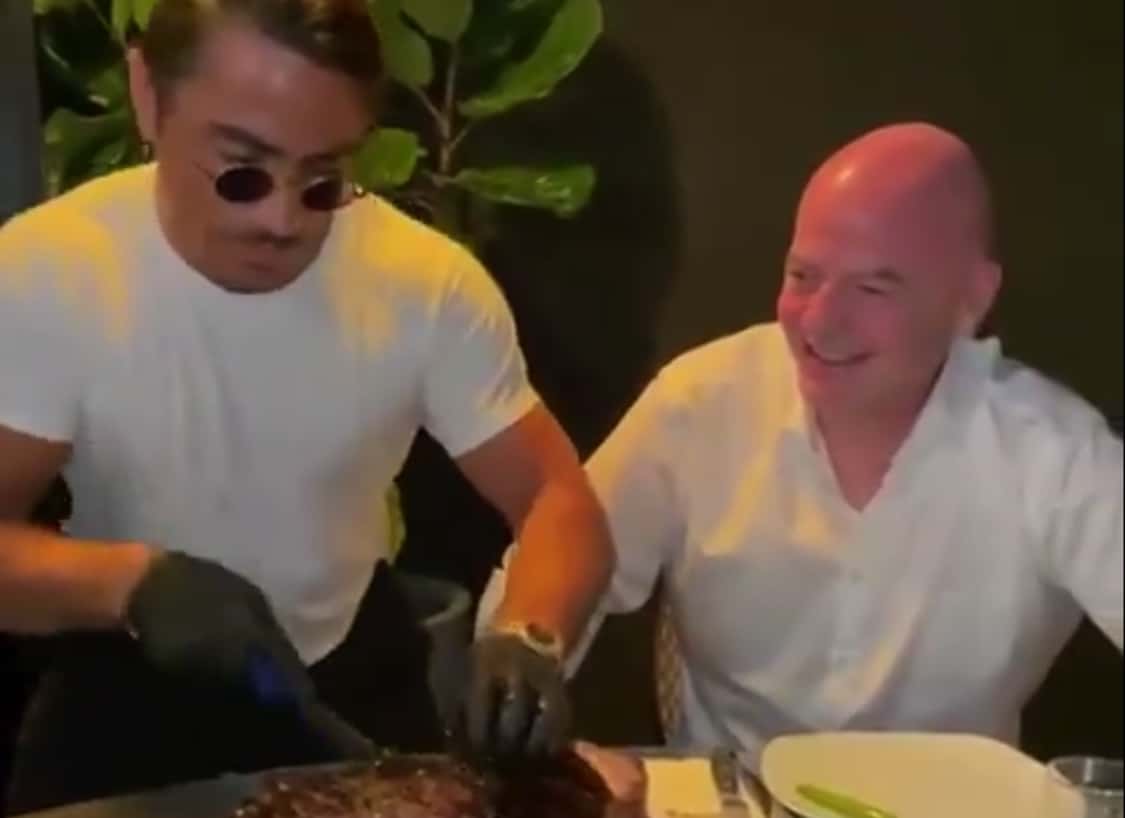 A video of FIFA president Gianni Infantino visiting Salt Bae’s restaurant in Dubai ahead of the World Cup has resurfaced.

The Turkish chef was given carte blanche access to the pitch at the World Cup final and was seen harassing Argentina’s players as they paraded the trophy.

Videos captured the bemused reactions from players, especially captain Lionel Messi who was notably put out by his presence.

In the wake of his pitch antics, a new video has resurfaced of the FIFA president enjoying steak at the Nusr-Et restaurant in Dubai.

The footage was captured last year and has been widely lampooned on social media.

Related: Paddy Pimblett says he wants to be a voice for the working class