“Over to you Steve Barclay. Everyone is waiting.” 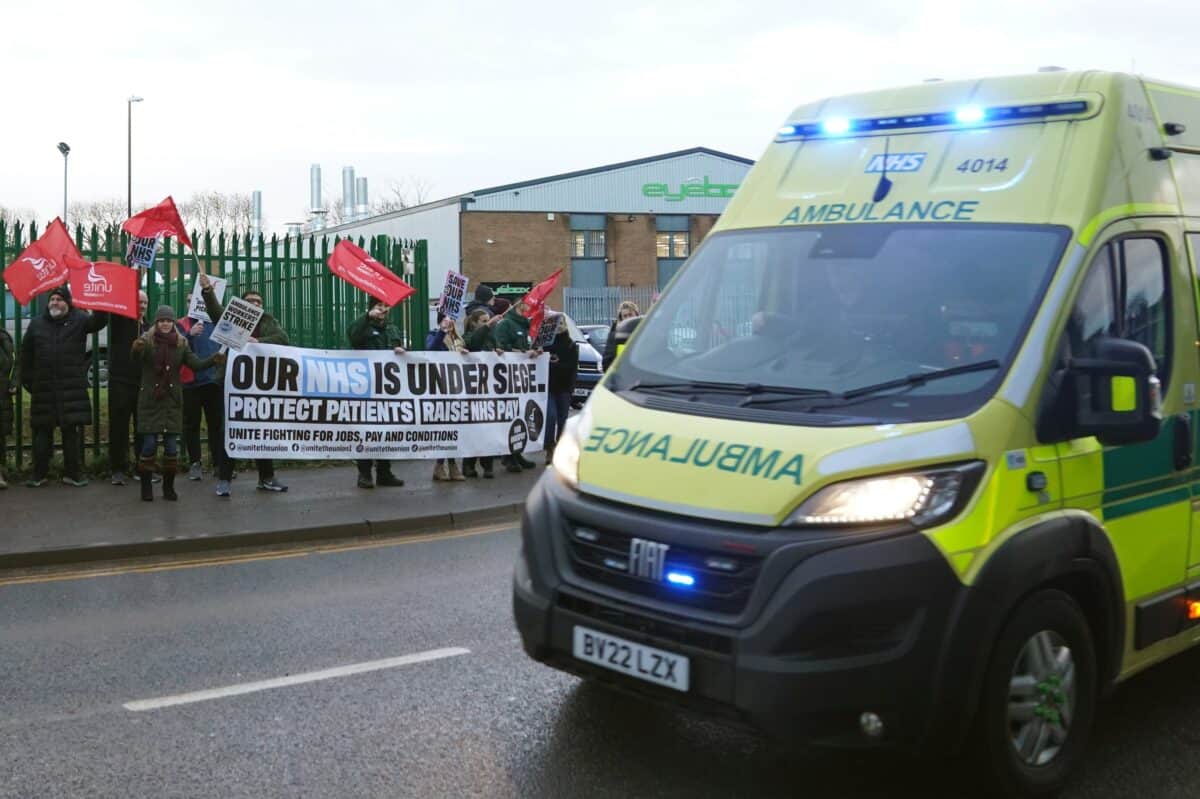 A planned post-Christmas strike by ambulance workers in the GMB union has been suspended after “amazing” public support for industrial action this week, it has been announced.

Members of the union were due to walk out on December 28 in an increasingly bitter dispute over pay and staffing.

The GMB said there was “incredible” support during industrial action by the union and members of Unite and Unison on Wednesday.

A spokesman said: “The NHS is on its knees and the public are suffering every day because the Government has failed to properly resource and plan for our health service.

“Nowhere is this clearer than in the appalling delays experienced in getting an ambulance and then getting into A&E.

“Solving such problems starts with getting enough people to work in the NHS.

“Unless the Government starts to talk pay now, the problems will get worse with every passing day.”

Rachel Harrison, GMB national secretary added: “We are overwhelmed by Wednesday’s amazing public support for our paramedics and ambulance staff.

“People across the country have been wonderful in backing us and we care so much about them too.

“That’s why we are suspending the proposed GMB industrial action on December 28.

“We know the public will appreciate being able to enjoy Christmas without any additional anxiety. They support us and we support them.”

She added: “The workforce crisis in our NHS is so severe and our commitment to getting ambulance staff the proper pay they deserve is stronger than ever, so we are scheduling a further date for action on January 11 2023.

“The incredible British public are why we are suspending our action over the Christmas period.

“But it also means the Government can now do what ambulance workers and the public want – get round the table and talk pay now.

“Over to you, (Health Secretary) Steve Barclay. Everyone is waiting.”