Why is he even there?? 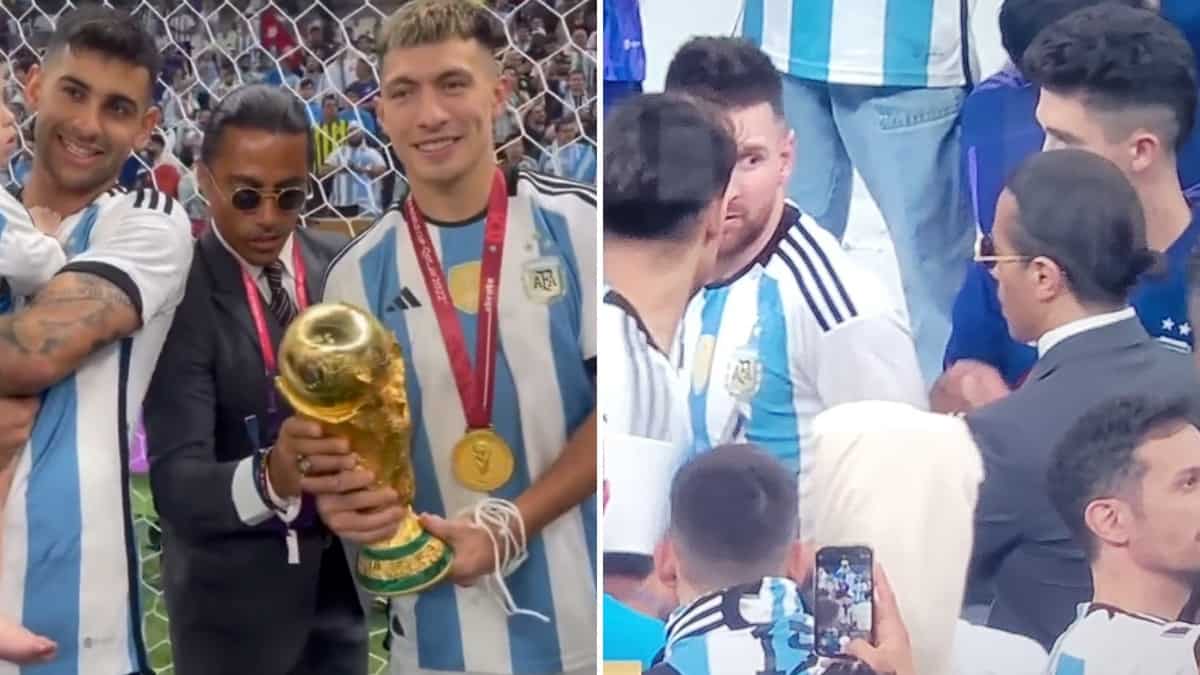 Questions over why renowned restaurant tycoon Salt Bae was allowed onto the pitch following Argentina’s World Cup win have been raised as FIFA finds itself under scrutiny again.

The restauranteur, who owns the Nusr-Et Steakhouse chain, was allowed to pester players after the dramatic final on Sunday night.

Argentina edged a closely-fought contest with France, coming out on top in a penalty shootout after twice being pegged back during regular time and stoppage time.

Triumphant players paraded the Jules Rimet Trophy around the ground after the game and were curiously joined by social media personality Salt Bae, who managed to make it onto the pitch.

Videos managed to capture bemused reactions from players, with Argentina’s captain Lionel Messi notably put out after being accosted for a picture.

Here’s a round-up of the bizarre footage: