Irish-trained horses took the 2018 Grand National by storm as four of the 15-horse raiding party from Ireland filled the first four places, as well as providing eight of the 12 horses that completed the race. That shouldn’t come as too much of a shock though as Irish-trainers also supplied five of the first six […]

by Sarah Smith
in Racing 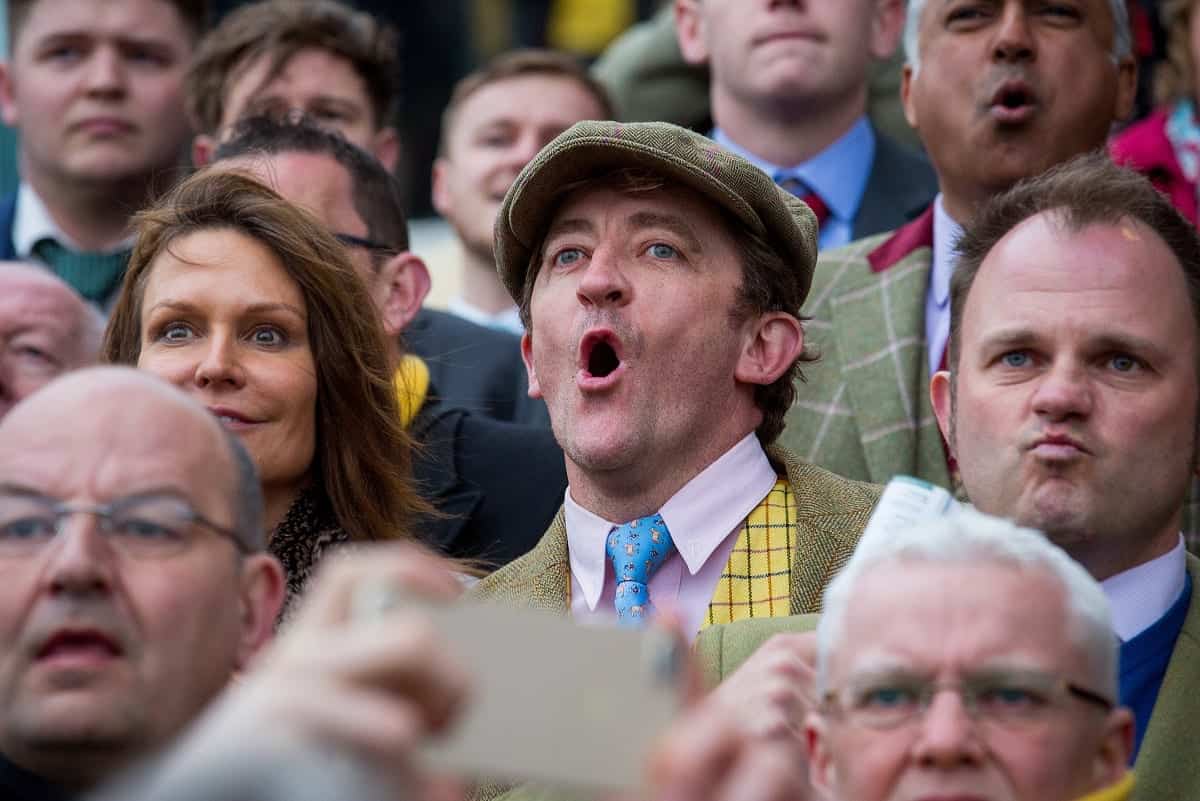 Irish-trained horses took the 2018 Grand National by storm as four of the 15-horse raiding party from Ireland filled the first four places, as well as providing eight of the 12 horses that completed the race. That shouldn’t come as too much of a shock though as Irish-trainers also supplied five of the first six horses home in the 2016 Grand National, which was also run on soft ground.

The 2018 Grand National winner Tiger Roll was capping a wonderful season for trainer Gordon Elliott, who was crowned top trainer at the 2018 Cheltenham Festival, and also trained General Principle to win the 2018 Irish Grand National. Both Tiger Roll and the third Bless The Wings (also trained by Elliott) had come via the Cross Country Chase at the Cheltenham Festival, a race which Cause Of Causes had been successful in last season before finishing second in the Grand National for Elliott.

According to data from The Tipster League, the most popular horse with tipsters was Anibale Fly. Tony Martin’s eight-year-old horse had previously been third in the Cheltenham Gold Cup, and it was a commendable effort after having had such a hard race at the Cheltenham Festival. However, whilst not many recent winners had run at the Cheltenham Festival prior to success in the Grand National, both the winner Tiger Roll and Bless The Wings had.

Back in fifth was Milansbar, who was the first of the British-trained horses to finish. Neil King’s 11-year-old couldn’t quite make Bryony Frost’s dream of becoming the first woman to ride the winner of the Grand National come true, but he did give the daughter of former Grand National winning jockey Jimmy Frost a great ride. He also landed plenty of each-way bets for those lady punters who showed solidarity with the female jockeys, at least for those who had placed their bets with a bookie paying five-places or more.

Many bookies were also paying six-places, and those punters who knew Road To Riches was well-handicapped on his old form landed a nice each-way touch as Noel Meade’s 11-year-old was backed in from early-prices of 66/1 to halve those odds.

Back in seventh, Gas Line Boy finished two-places worse than he had in the 2017 renewal. Connections probably wished they’d run him in one of the shorter races over the National fences, as his stamina ebbed away once more in the final stages. Eighth-placed Valseur Lido suffered a similar fate, as did ninth home Vieux Lion Rouge who had finished sixth and seventh in the previous two runnings.

This year’s Welsh winner National Raz Da Maree was another who finished slightly worse than his previous best effort of eighth when finishing tenth. Meanwhile, the other two finishers Seeyouatmidnight and Baie Des Iles both looked to run out of stamina.

That meant that 26 of the 28 runners in the Grand National field failed to complete. Perfect Candidate failed to live up to his name as he fell at the first fence, bringing down the well-fancied Blaklion. Meanwhile, I Just Know proved he didn’t know enough about the tough fences when he fell at the sixth when in the lead, whilst Houblon Des Obeaux also fell at the same fence, and Virgilio unseated his rider.

Captain Redbeard, who had jumped badly when last seen over the National fences, confirmed that impression when falling at the seventh. Final Nudge fell at the eighth, where Buywise and Lord Windermere both unseated.

The next casualty was Chase The Spud who was pulled-up when behind at the fifteenth. Alpha Des Obeaux fell at the same fence and brought down Saint Are who had previously been placed twice in the race. Delusionofgrandeur was struggling when pulled-up at the seventeenth fences.

The Dutchman could be one to take out of this year’s race, as this lightly-raced chaser had been going well in the leading back until a slight mistake at the twenty-second fence. He unseated at the twenty-third fence. Maggio had also attracted a few speculative each-way bets on the strength of his win on the Mildmay Course three years ago. However, he had nothing left to give when he was pulled-up at the same fence.

Ucello Conti, despite a series of mistakes, lasted until the twenty-seventh fence where his luck ran out. His stamina had run out at a similar stage in 2017. This fence proved the final stopping-point for several horses as Children’s List, The Last Samuri, Thunder And Roses, Shantou Flyer, and Tenor Nivernais also called it a day. Carlingford Lough lasted one fence further but could be one to note for next year after finding plenty of early interference.

To his credit, Total Recall lasted until the twenty-ninth fence, which was a testament to the horse’s willingness as he made at least two major mistakes. He may have lost his confidence after falling in the Cheltenham Gold Cup, and it will be interesting to see which route his trainer Willie Mullins sends him down next season. Warriors Tale also called it a day at the same fence.

The last two horses to call it a day were Pendra and Double Ross who both pulled up at the thirtieth fence when their chance had gone.

The handicapper is sure to raise Tiger Roll’s handicap mark considerably for his success but, whilst that may make life difficult for him in handicaps next season, he owes connections nothing after winning three races at the Cheltenham Festival and now a Grand National. However, the stats to probably make a note of for any future Grand Nationals run on soft ground are that it probably pays to be trained in Ireland and have less than 11-0 to carry.