Journalist and broadcaster John McCririck has died aged 79, his family has said. The flamboyant horse racing pundit was well-known for his outlandish dress sense and his presenting style at major meetings across the country, for ITV and Channel 4. A statement released by his family said he died at a London hospital on Friday. It […]

by Ollie McAninch
in Football, Racing 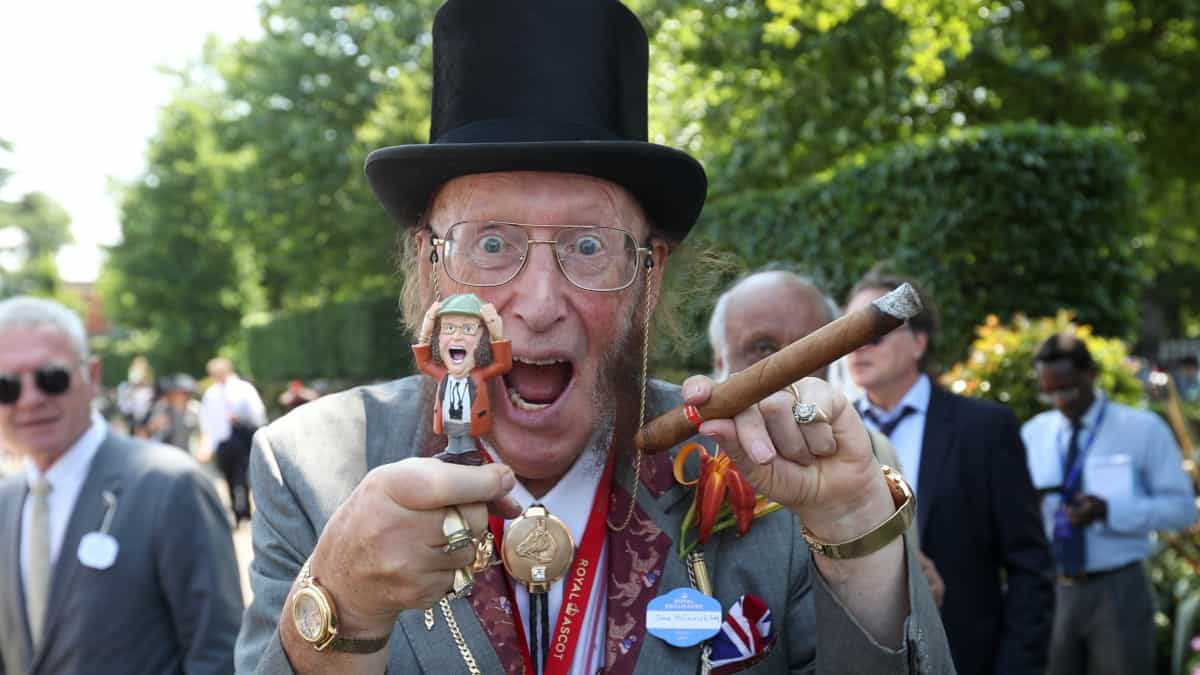 Journalist and broadcaster John McCririck has died aged 79, his family has said.

The flamboyant horse racing pundit was well-known for his outlandish dress sense and his presenting style at major meetings across the country, for ITV and Channel 4.

A statement released by his family said he died at a London hospital on Friday.

It went on: “His flamboyant broadcasting style from the heart of betting ring proved extremely popular with racing fans and beyond.”

They said he “transcended the world of racing, appearing on numerous mainstream TV news and light entertainment programmes including Question Time, The Weakest Link, Celebrity Wife Swap and Celebrity Big Brother in 2005 and 2010.

His appearance on Big Brother’s Bit On The Side in October last year shocked viewers, with some pointing out he was looking “gaunt” and “poorly” compared with how he looked during his time as a contestant.

He then revealed he felt he had “no purpose in life” after his regular television work came to an end and explained that the dramatic change in appearance was down to intentional weight loss and a severe bout of flu.

But he added his main struggle was being without work for six years after his acrimonious departure from Channel 4.

McCririck, who was born in Surrey and lived in north London, took legal action against the broadcaster in 2013 when they decided against including him on the broadcasting team.

The pundit accused bosses of ageism, although a tribunal found against him, ruling that it was because his “pantomime persona” had become “unpalatable” to a wide audience.

Nicknamed “Big Mac”, he became a household name during the 1980s but his passion for racing began far earlier, according to his family.

They said: “John’s interest in horse racing and betting began at Harrow where he was the school bookie. On leaving he worked for an illegal street bookmaker then legally on-course where he learned the art of tic-tac, clerking bets and making a book.”

Very sad to hear the news of John McCririck’s passing – one of the most recognisable faces from the world of horse racing and a great at promoting our sport. Our thoughts are with Jenny

He began in racing journalism on ‘Formindex’, a tipping sheet otherwise known as ‘The Golden Guide’ and then went on to write for the Sporting Life where he won British Press Awards, ‘Specialist Writer of the Year’ and ‘Campaigning Journalist of the Year’.

McCririck is survived his wife of 48 years, Jenny. His funeral will be private, he family added.