The World’s Oldest Classic Flat Racing Festival will be staged from Thursday to Sunday from 2023.

by Jack Peat
in Racing, Sport 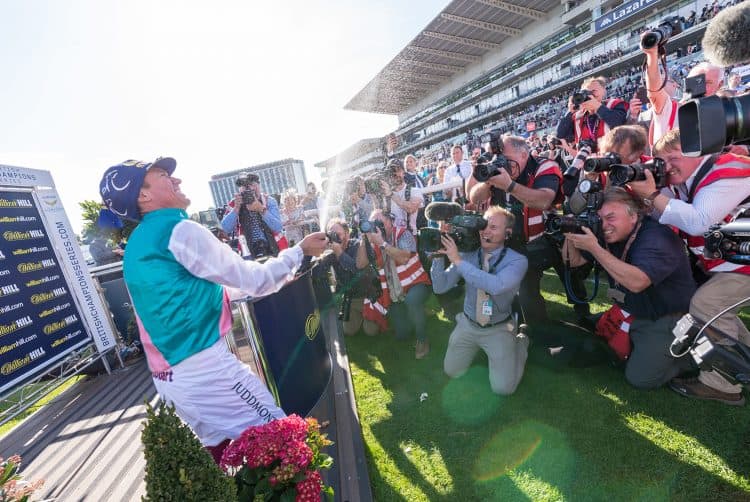 Doncaster Racecourse’s famous Cazoo St Leger Festival will run its Leger Legends Day on Wednesday for the final time this year, with the intention to stage the event on a Sunday from September 2023.

The four-day event, which brought in more than 44,000 racegoers in 2021, has opened on a Wednesday since 1947, with a few exceptions, until 1970 when the St Leger meeting took permanent root being staged Wednesday to Saturday.

With the aim of giving more people an opportunity to come racing, in 2022/23 it will be staged from Thursday to Sunday.

The Cazoo St Leger itself, the world’s oldest Classic, was first run in September 1776. Initially the St Leger was run on a Tuesday, as part of a four- or five-day festival. From 1807-24 it took place on a Monday, before moving back to Tuesday again.

In 1845 it advanced to Wednesday and took root there, as part of a top-class programme that lasted from Tuesday to Friday and drew the biggest racing crowds anywhere apart from The Derby.

As employment conditions steadily improved, thousands of workers across Yorkshire used their holidays to come to Doncaster in Race Week. Those dates lasted until the first post-war meeting in 1946 where it’s estimated that 250,000 people were present to watch the showpiece St Leger Stakes.

In 1947, the Government asked for the St Leger Stakes, the Derby and the Grand National to be moved from their traditional midweek dates to Saturdays, in order to reduce workplace absenteeism.

Despite one aspect of the Doncaster tradition ending, hopes are high that the new dates will make the meeting even more attractive as it nears its 250th birthday in 2026.

To commemorate the last Wednesday of the Cazoo St Leger at Doncaster, all attendees of the day will receive a collector’s item pin badge, announcing that they are a ‘Leger Legend’ – something they can keep forever in honour of this very special day moving to Sunday.

Plus, everyone who books a ticket in advance will receive code to book one of a 1,000 complimentary tickets to the brand-new Sunday fixture of the 2023 St Leger Festival on a first-come first-served basis.

Tickets to the Cazoo St Leger Festival, taking place from Wednesday 7 September until Saturday 10 September, are available from just £10.