by Jack Peat
in Racing, Sport 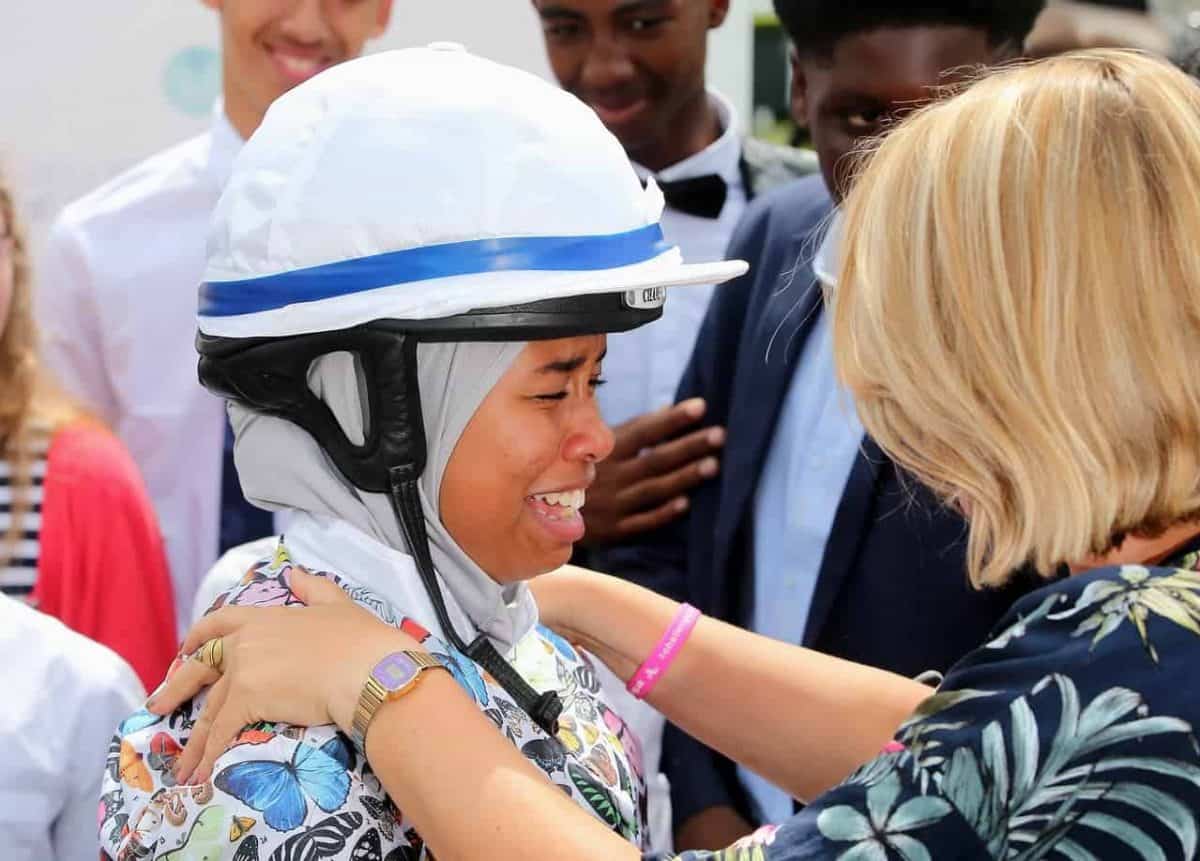 An 18-year-old took first place as she became the first jockey to race in a hijab in Britain.

After only sitting on a racehorse for the first time in April, student Khadijah Mellah rode to victory on Haverland in the all-female Magnolia Cup at Goodwood.

The Muslim teenager from Peckham, south London, hopes her triumph will serve as a beacon to others.

“Ambitious women can make it and that is what I want to represent,” she said.

“I’ve had so much support and I can’t wait to see other stories of other women doing the same and getting into the industry.”

Ms Mellah is set to study mechanical engineering at university in September and learnt to ride at the Ebony Horse Club charity in Brixton.

She claimed a tight victory after making her move in the final furlong of the amateur charity race, with the blanket finish tensely going to the judges.

What a story! Peckham teenager Khadijah Mellah, from @EbonyHorseClub and the first Briton to race in a hijab, lands a memorable #MagnoliaCup at @Goodwood_Races ? @WellbeingofWmen pic.twitter.com/kdInXxij6d

“I passed the person next to me and I thought, ‘I can’t believe it is happening’,” she said. “Then I saw all the family and friends come past and I started crying uncontrollably.

“It has been amazing.

“There have been early mornings and fitness training, but it has been well worth it.”

Ms Mellah said she will try to obtain an amateur licence as she “loved every second”.

She added that she bumped into legendary Italian jockey Frankie Dettori on Wednesday, who gave her a hug.

“I thought, ‘oh my god, this is happening’ and it really pumped me up,” she said.