Both Flat and jumps racing have been blessed with superstars in the saddle and, when discussing famous jockeys, Sir AP McCoy would be a fitting place to start. Now retired, he unfortunately won’t make your Cheltenham tip of the day, but the man from Northern Ireland’s CV reads like a roll call of the top […]

by Ollie McAninch
in Racing, Sport 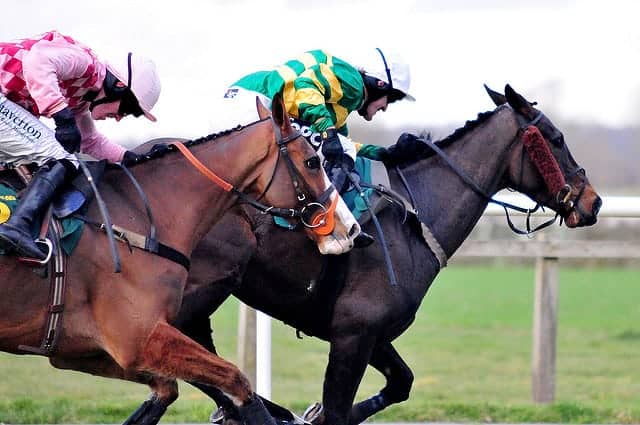 Both Flat and jumps racing have been blessed with superstars in the saddle and, when discussing famous jockeys, Sir AP McCoy would be a fitting place to start. Now retired, he unfortunately won’t make your Cheltenham tip of the day, but the man from Northern Ireland’s CV reads like a roll call of the top races over hurdles and fences.

The 42-year-old claimed the Cheltenham Gold Cup twice, on board Mr Mulliganin 1997 and Synchronised in 2012, and many more top-class races including the Queen Mother Champion Chase on Edredon Bleu in 2000.

But surely the biggest cheer of his career came when the 20-time champion jockey finally won the Grand National atop Don’t Push It in 2010 to secure the one that he really wanted.

A legend of the Festival, he was knighted in 2016 for his services to racing after a career that spanned 21 years and included many broken bones.

John Francome is another who achieved legendary status during his stellar career, ending the season as champion jockey on 13 occasions.

He won many Grade One races and is the third most successful National Hunt jockey of all time behind McCoy and Peter Scudamore, and was dubbed the best jockey ‘never to have won the Grand National’.

On the Flat, one name jumps off the page and that is the great Lester Piggott, who retired aged 50 with 4,493 career wins, including nine Epsom Derby victories to his name.

He is widely regarded as one of the greatest flat racing jockeys of all time and also has eight St Leger’s, five 2,000 Guineas and six Oaks triumphs on his record.

Never the most vocal of jockeys, he let his riding do the talking and it could be argued that he is the best of them all.

The late Pat Eddery was another jockey who claimed multiple classics, with three Derby triumphs and the same number of Oaks successes during a stellar career that saw him champion jockey 11 times.

The County Kildare-born legend rode 4,632 winners in British flat races and was also successful on four occasions in the St Leger and three times in the 2,000 Guineas before retiring from the saddle to concentrate on training.

Frankie Dettori is still racing today and his name is a fitting finale to the greatest jockeys of all time.

The Italian became the first teenager since Piggott to ride 100 winning races in one season and was eventually signed as a regular jockey for racing giant Godolphin.

With 3000 British victories in 2016, two Derby wins and the prospect of adding more titles to his name, he doesn’t look like slowing down any time soon.

The 46-year-old’s greatest triumph to date is riding an ‘across the card’ seven winners at Royal Ascot in 1996.

It had never been done before and has never been matched and will always place the popular rider in any list of most famous jockeys.

Featured image by Paul: AP McCoy and Jason Maguire battle it out at Bangor On Dee Race Course (AP on I’m The Decider’ and Maguire on Mortimers Cross)