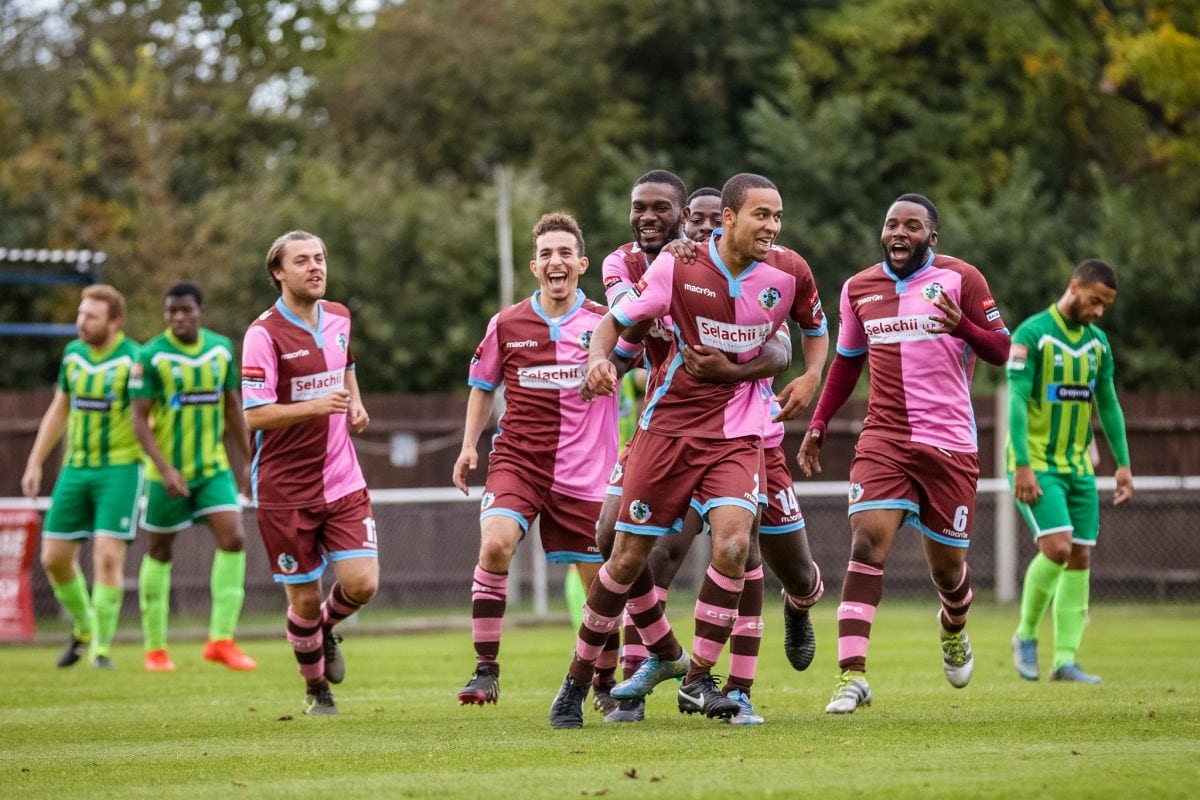 Corinthian-Casuals were founded in 1939 from the amalgamation of their two famous forebears, The Corinthian Football Club and The Casuals FC. The Corinthians were founded in 1882 by N.L.”Pa” Jackson, Asst. Hon. Sec. of the Football Association. His aim was to develop a club side capable of challenging Scotland at international level. Within four years, calling on the best amateurs from the public schools and universities, there were nine Corinthians in the England team. Twice, the national squad consisted of all Corinthian players. The Corinthians went on to challenge some of the top professional teams in the land including, in 1904, beating Manchester United 11 – 3, still their worst defeat.

They also took football round the world, touring in South Africa, Canada, the United States, South America and across Europe, including Hungary, Czechoslovakia, Spain, Denmark and Germany. In 1910, after a visit to Sao Paulo in Brazil the locals were so impressed they founded a Corinthians of their own, now SC Corinthians Paulista, one of the most successful clubs in South America. Real Madrid, and some say the English National Team, play in white shirts and navy shorts partly in tribute to the Corinthians. In 2015, Corinthian-Casuals toured Brazil and culminated in the friendly between the two sides which attracted a crowd of 30,000 and was broadcast live on two major Brazilian TV networks. Casuals lost 3-0 to their esteemed professional counterparts.

The club, now playing at Step Four of the Non-League pyramid find themselves once again competing in the Isthmian League Division One South, maintaining their complete Amateur status. Despite famously not paying their players, Casuals reached the playoff final last season only losing out on penalties in a gripping finale. Since joining the club as Manager two seasons ago, James Bracken has taken the club to heights not previously seen since the days of the great ‘Corinthians’. 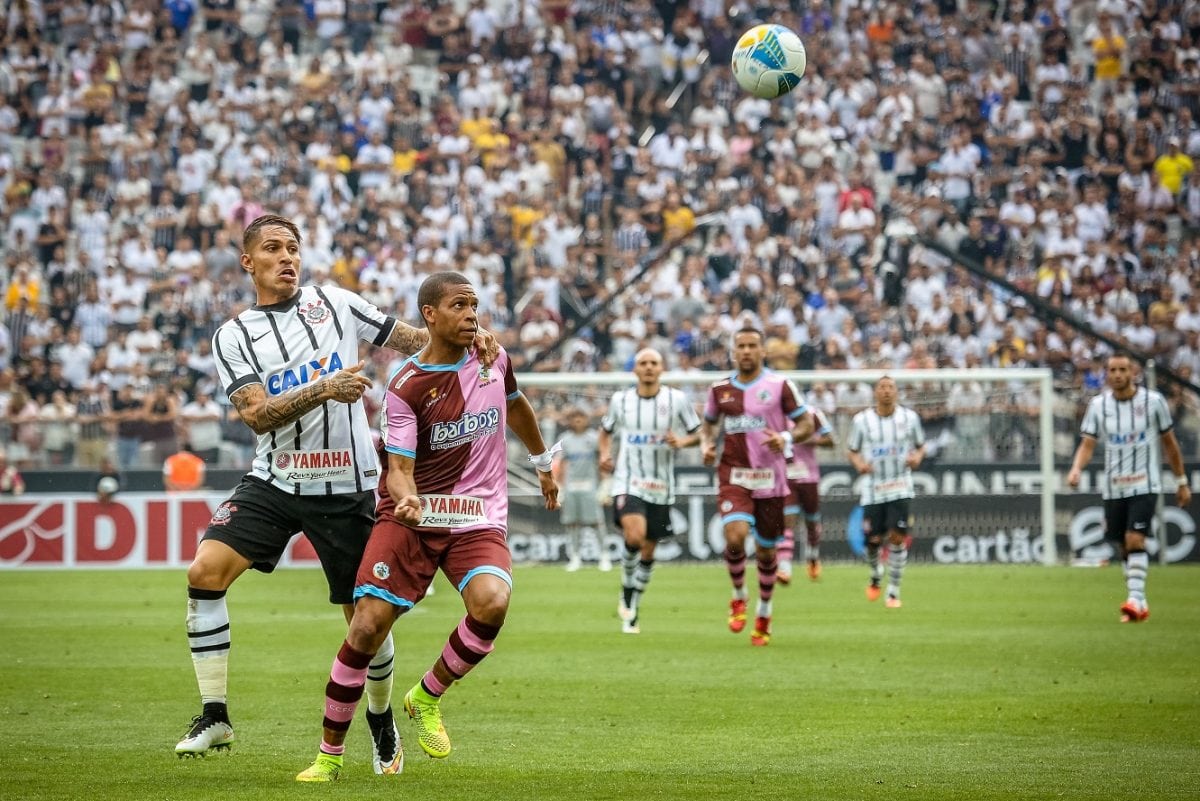 It’s hoped that this season will at least replicate the highs of the last campaign. The chance for promotion has increased with an extra automatic place at stake. Bracken has stayed committed to the cause of attempting a feat that no-one thought was possible – to promote an amateur side in a league filled with semi-professional players. Over the course of the summer, some players attracted attention from higher divisions and league top scorer, Shaun Okojie, who hit 40 goals for Casuals last term has been granted a full-time contract at National League Aldershot Town. Despite the loss of key players, Bracken is optimistic that he can mould a side together capable of gaining promotion.

Casuals welcome Bristol Rovers and Crystal Palace U23 in pre-season friendlies before their season kicks off with two tough fixtures against fellow playoff contenders Hastings United and Greenwich Borough, who they defeated in the semi-final back in April. 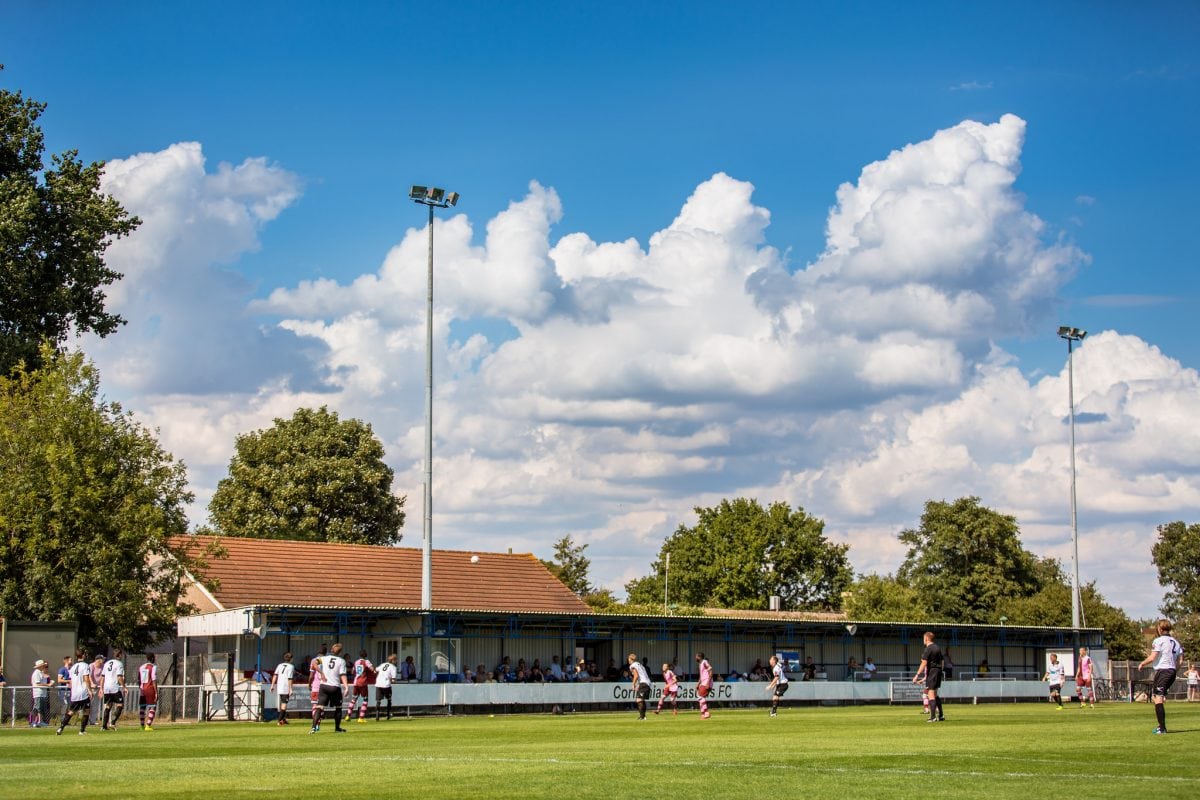 Nomads for many years, playing at the likes of Crystal Palace, The Oval and Dulwich Hamlet, the club finally found a permanent home in the late eighties and have been there ever since. You’ll always find a warm welcome at King George’s Arena, Tolworth. A growing dedicated array of fans make for a good atmosphere with flags and banners abound. Admission is £10 for adults and £5 for Senior Citizens and Students. Kids can come in for a quid. There’s no tickets and can purchase admission on arrival. The club boasts a fully licenced bar with big screen TV and BT Sport, hot food is available and merchandise and old memorabilia can be purchased from the club shop. The club’s matchday programme won multiple awards for last season’s efforts and was ranked 9th best in the UK out of 670 entries. Information about Corinthian-Casuals can be found on the club’s website, Twitter or the official Facebook page which has nearly 150,000 followers!

Corinthian-Casuals Football Club is located in the outer reaches of South West London in the Royal Borough of Kingston-Upon-Thames. King George’s Arena can be found five minutes from the Tolworth Roundabout interchange on the busy A3, just south of Kingston.