Qatar kicks off with one big footballing nation already out of the running This year’s FIFA World Cup promises a close contest. With four-time winners Italy knocked out in the play-offs despite beating England in the Euro final just over a year ago, the first ever winter World Cup in the Middle East has already […]

by Ben Williams
in Football, Sport 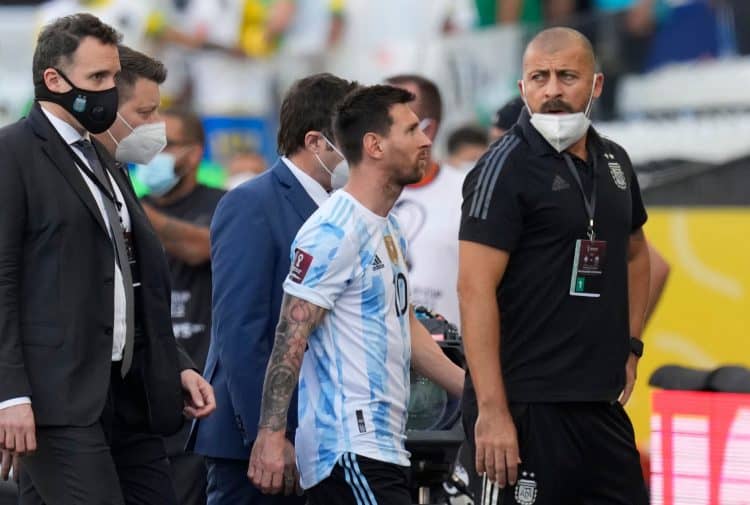 This year’s FIFA World Cup promises a close contest. With four-time winners Italy knocked out in the play-offs despite beating England in the Euro final just over a year ago, the first ever winter World Cup in the Middle East has already attracted a lot of speculation. But who will the smart money go on?

We’ve put together a rundown of the favourite nations to win the Men’s FIFA World Cup 2022 and ranked in order of likelihood.

Don’t forget that gambling and betting is illegal in Qatar, so avid gamblers may be searching for the top offshore sportsbooks in order to place their Wold Cup bets during the tournament.

The bookies’ favourites to lift the 2022 Qatar World Cup

The top-ranked side in the FIFA World Rankings is one of the first to confirm their World Cup Squad and it’s so packed with talent that Liverpool’s Roberto Firmino and Arsenal’s Gabriel Magalhaes don’t make it in. The bookies’ favourites are on top form – unbeaten in their last 15 matches, last seven won. Many players will have won gold in the last Olympics football tournament only to lose the Copa America to Argentina last year, and will be determined to bring a record sixth World Cup back home from Qatar.

This will be Neymar’s third World Cup. The 30-year-old legend will be keen to bring his blistering current form (29 goals and assists this season in all competitions) to what may be his last World Cup.

The 2014 World Cup runners-up were knocked out of the last World Cup by winners France. Having beaten Brazil in the Copa America last year, the team ranked third by FIFA enjoy the best form of any World Cup nation. With 35 games unbeaten, they are just three matches off topping Italy’s record run if they remain unbeaten in the group stage. And with Poland, Mexico and Saudi Arabia, it’s a pretty easy group.

In what would be a crowning glory for Neymar’s PSG team-mate Lionel Messi, if Argentina reach the final in Doha, it could well be his 1,000th career match. The seven-time Ballon D’Or winner enjoying 30 goals and assists so far this season will want to make this, his FIFTH World Cup count.

The reigning World Cup champions are fourth-ranked by FIFA and bookies’ third-favourites. Will they be the first nation to win back-to-back World Cups since Brazil in 1962? Having won the Nations League in 2021, France have only triumphed in one of their last six matches.

The 2022 Ballon D’or winner and Real Madrid captain Karim Benzema has won 23 trophies for Real including five Champions League titles. Left out of the French squad in the last World Cup, this time round he appears determined to match his success in last year’s UEFA Nations League Final.

Despite a terrible Nations League performance and a win eluding England’s last six matches, a team full of youthful promise is ranked fifth by FIFA. The bookies’ fourth favourite will need to find the form that saw them progress to the Euros final in 2020. Thankfully England haven’t drawn the most challenging group by any means. (Sorry Wales).

With speculation rife over the future of Dortmund playmaker Jude Bellingham, this will be the stage for the 19-year-old midfielder to show why the top teams keen to sign him place a higher price tag on Bellingham than any of his England team mates.

Ranked seventh by FIFA, the Spanish side is on good current form, with seven wins in their last ten matches. Having come second in last year’s Olympic Games and Nations League, Spain fields an enviable squad perhaps capable of lifting their first World Cup silverware since 2010. But they will have to battle through a tricky group that includes 2014 champions Germany.

Aged 18, Pedri became the youngest player ever to represent Spain at the European Championships, going on to be crowned the Euros Young Player of the Tournament last year. The 19-year-old Barcelona midfielder is one of the most naturally gifted young players in the world.

One of the most successful national teams in international competitions, Germany has won the World Cup four times. Ranked 11th by FIFA, the German team will have to improve on a recent bad run of just one win in the last seven matches and face a particularly tough group.

Versatile Bayern Munich playmaker Joshua Kimmich, 27, has become one of Germany’s best players in the past five years and impressed in the last UEFA Nations League.

Before he was picked to join the Brazil squad, 21-year-old Gabriel Martinelli revealed that his father had predicted that he would be in the national team aged 21 and helping it win its record-breaking sixth World Cup.

“Since I was seven when I start football, my dad said ‘when you turn 21, we’ll have a World Cup and you’ll be playing’,” the Arsenal forward told Ian Wright on Wrighty’s House Podcast this summer.

With Martinelli now confirmed in Brazil’s final line-up, most bookies appear to agree with the other half of Martinelli Senior’s prediction for the nation that’s won the most world cups so far.