England were great going forward but dodgy at the back in last night's group win. 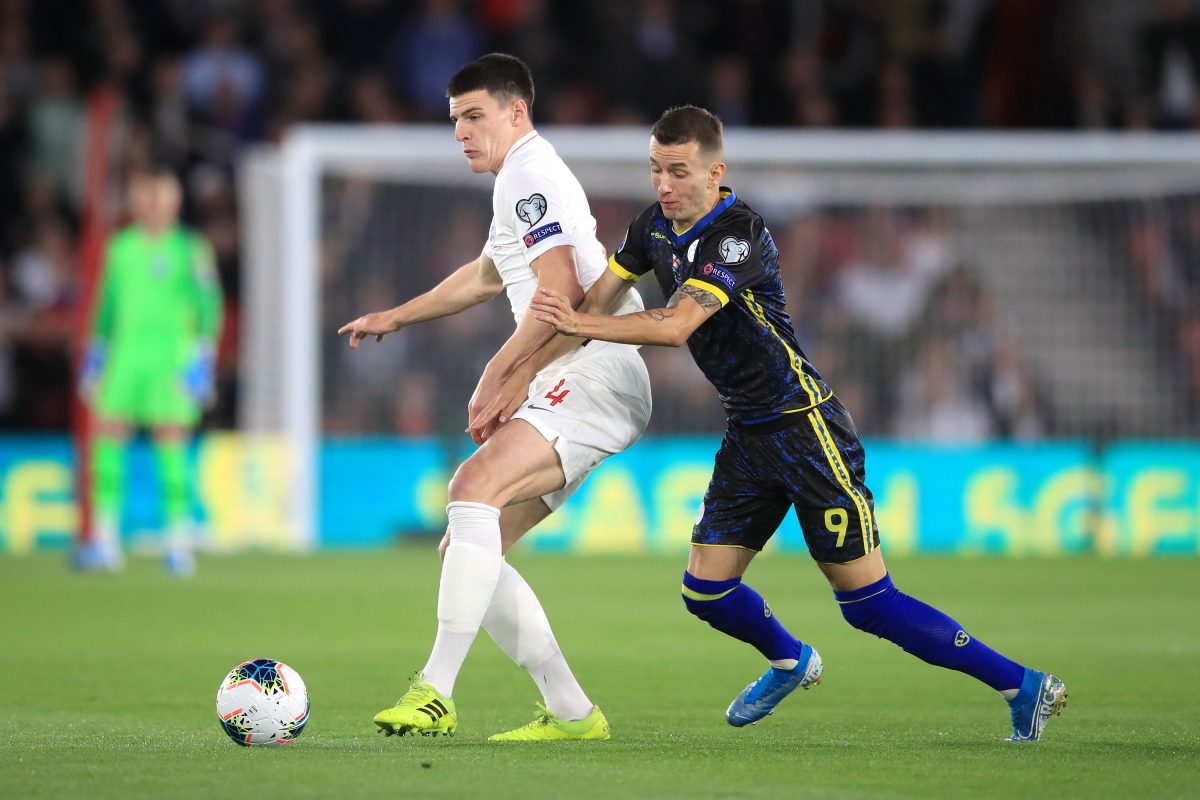 England midfielder Declan Rice says the shine was taken off the Euro 2020 qualifying win over Kosovo by their defensive lapses.

The West Ham man was guilty of giving the ball away in the lead-up to the second goal. The final result was a 5-3 thriller, which is exactly what the Engish defensive unit wanted to avoid.

Rice said: “I thought first half I was really good along with the rest of the team,

“In the second half I made a mistake and that has taken the gloss off it for me.

“We are a real threat going forward but we need to keep it tight at the back and stop making mistakes.

“We need to look at the goals we have let in. A mistake from myself, sloppy, I could have done better there and it takes the gloss off it.

“Now I am thinking I am not that happy, I have made a mistake they have scored, (Harry) Maguire’s given a penalty away, Keano (Michael Keane) made a mistake.

“But it is part and parcel, we are never going to be perfect. The main thing is we got the three points and we are unbeaten.”

England’s defensive mistakes gave Gareth Southgate food for though, he remarked: “The outstanding features and the poor features are apparent to everybody, so we don’t need to get the video out and go back through it.

“Poor individual mistakes, a poor start to the game.

“The small period after half-time: ridiculous mistakes, poor decisions, lack of covering back.”

Asked if the individual errors were just a lack of concentration rather than anything more fundamental, the England boss said: “I think that is something that we have to consider over a period of time because there were obviously mistakes that were concerning, really.

“We’ve got to reflect on that, but they were such basic errors, really, that you have to learn from.”