The player was subject to abuse for deciding to play for England. 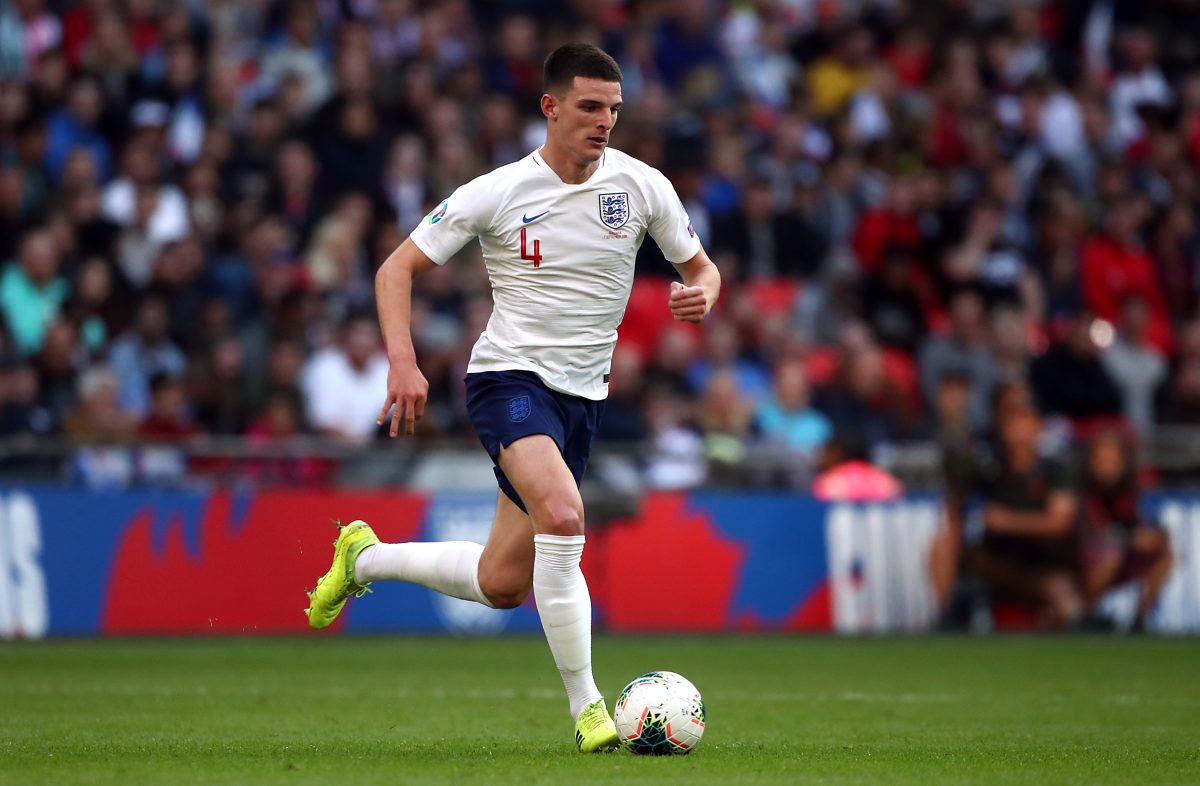 West Ham star Declan Rice has revealed worrying threats that were made against him and his family after he switched allegiance from the Republic of Ireland to English national side. He makes the comments as England prepare to play Kosovo on Tuesday evening.

Having represented the Irish team at youth level and won three senior caps, the 20-year-old made ripples at the start of the year by announcing his attention to switch to the country of his birth.

Rice won his fourth England cap in Saturday’s s 4-0 defeat of Bulgaria and the change of nationality did not go down well with some, leading to some vitriolic online abuse.

“I’ve had people saying they’re going to come to my house…yeah online.

“You click on their profile and they’d just be a fake profile, so don’t know whether it’s true or not.

“But do you know what? I know, thinking about it now, I was never actually scared about it, because always fans are going to be giving me abuse and whatnot over it. You just kind of look at it and laugh, you think, ‘Yeah, all right, as if you’re going to come and do that type of thing’.

“It was tough, there has been some abuse, it was more for my mum and dad really.

“They were more worried about me than anyone else, I was always quite strong minded.

“My mum obviously with me being her youngest, she was always a bit worried. Other than that, I don’t take any notice of it. I just try to keep focused.”

On a positive note Mason Mount was happy to meet up with his former teammate Rice before the Bulgaria game.

During Mount’s time in Chelsea’s youth ranks that the attacking midfielder became close friends with Rice, who moved onto West Ham.

“That’s something we’ve spoke about for a long, long time,” Mount said.

“Being very, very close friends with him, that was something we always looked forward to something maybe happening in the future and this chance could happen.

“Obviously speaking together with him it’s very exciting. We’re very, very close, known each other for a very, very long time.

“We’ve always spoken about that opportunity of maybe playing with each other again.

“Playing with each other at Chelsea at that young age, it was something special between us, so we’ve always kept that hope of it maybe happening again.”

Southgate will be making sure his players and staff do not underestimate Tuesday’s opposition. Kosovo, under eccentric head coach Bernard Challandes, are in the midst of a 15-game unbeaten run stretching back to October 2017. A run of nine defeats preceded the upturn in form and the visitors – yet to face England at senior level – will be hoping they can add a major scalp to their impressive results of late.

England play their fourth Euro 2020 Qualifying game against Kosovo on Tuesday, 10 September. Kick-off is at 7:45pm and the game will be broadcast on ITV in the UK.