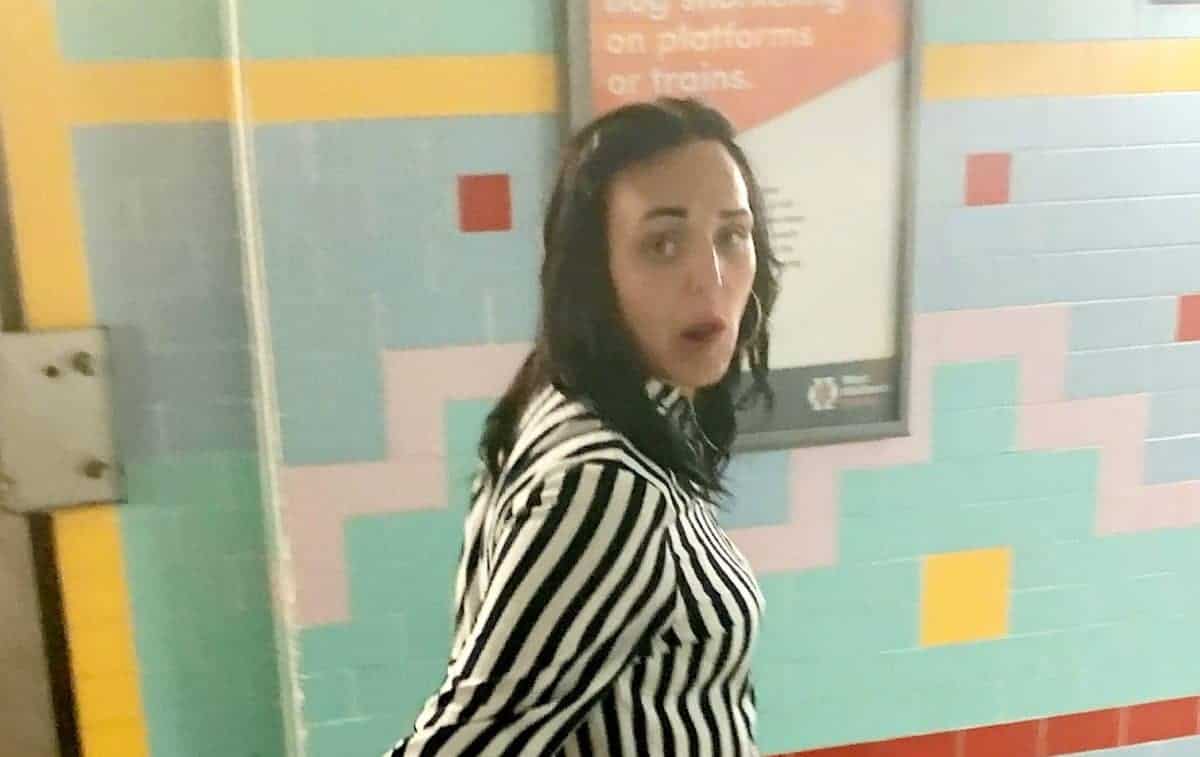 Police are hunting a young woman who was pictured fleeing a racist attack on a train while wearing distinctive white high heel shoes.

The incident happened at 8.20pm on Saturday August 10 between Worcester and Stourbridge Junction stations.

A large group of men and women, who had been at a festival in Worcester, are reported to have been making racist comments.

British Transport Police have released a picture of a female suspect who was snapped tottering down the railway platform in a black-and-white striped dress following the abuse.

A BTP spokesperson said: “A passenger challenged their behaviour and asked them to stop. She was then threatened by a woman from the group.

“When the victim went to leave the train at Stourbridge a woman from the group punched her in the face three times.