Watch: This is Manchester United! Gary Neville’s joke as they take on Liverpool

Manchester United will attempt to avoid starting a top-flight season with three straight losses for the first time since 1986 when Liverpool come to town on Monday, but early results have not shaken Ten Hag. 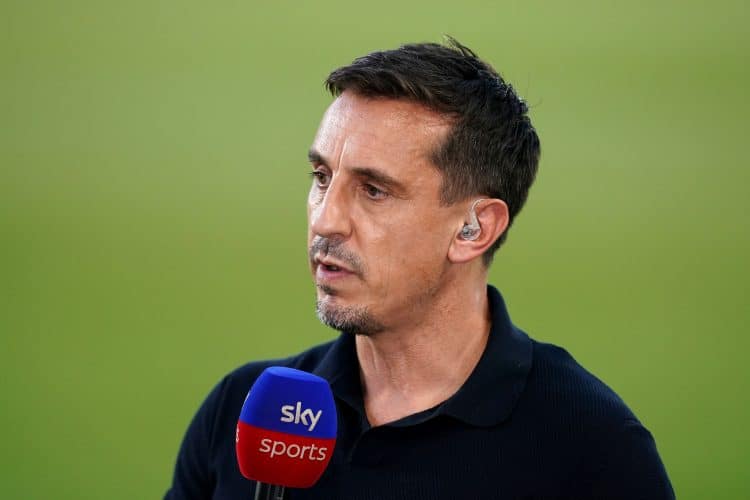 Erik ten Hag is convinced he will succeed at Old Trafford, with the Manchester United manager saying he has overcome shaky starts before and will “get it done” again.

The hope and optimism that followed a promising pre-season under the new coach has evaporated during a chastening start to the campaign.

This is Manchester United

So why are they laughing?

This comedy sketch will explain why.

People were loving it…a great bit of fun before the big game:

United have agreed a deal rising to £70million for Real Madrid midfielder Casemiro since the Brentford loss and further irons are in the fire.

But the way last season’s performances have bled into this campaign underlined the chasm between the 20-time champions and rivals Liverpool, who won 5-0 at Old Trafford last October.

April’s return fixture at Anfield ended in a 4-0 loss and a few days later interim boss Ralf Rangnick said United needed “open heart” surgery if they were to kick on under successor Ten Hag.

“I don’t have a comment or reaction to that,” the Dutchman said when those comments were put to him.

“I comment on what I see now and my experience this season. Pre-season we did quite well but the first two league games were not good enough. Clear.”