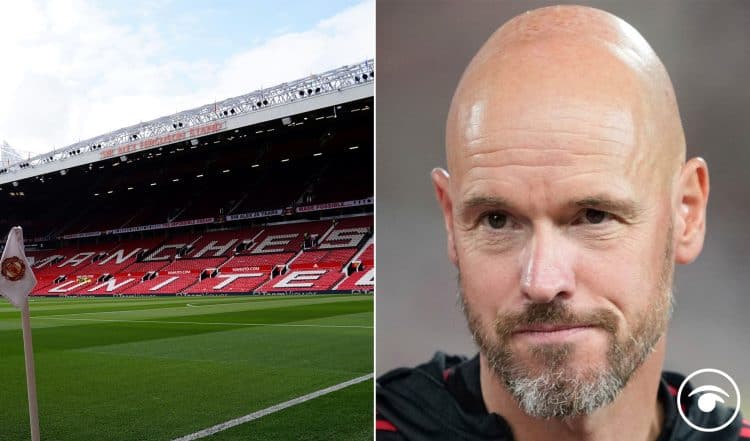 Erik ten Hag was coy about Cristiano Ronaldo’s availability for Manchester United’s season opener but reiterated that the wantaway striker is part of his plans for the new season.

The 37-year-old is keen to leave Old Trafford again after just a year back at the club he won trophies galore with during his first spell.

Ronaldo missed the pre-season tour of Thailand and Australia due to a family issue, playing his first 45 minutes ahead of the new campaign in United’s final warm-up friendly against Rayo Vallecano last Sunday.

When asked if the Portuguese will play in the Premier League opener against Brighton, Ten Hag said: “We will see Sunday.”

Christian Eriksen has arrived but the club are still pushing for reinforcements, with the pursuit of Barcelona midfielder Frenkie de Jong rumbling on.

“We want Frenkie? I don’t know,” Ten Hag said with a laugh.

“It’s about the right players and there are many, but I cannot give comments on a player who is under contract in another club. When we have news, we will bring it.”

United have brought in Tyrell Malacia and Lisandro Martinez as well as Eriksen so far this window.

Asked whether he would have expected more signings to have arrived by now, he said: “That would be a good situation but I have a squad and I’m happy with the current squad. I think they make good progress.

“I’m happy with the signings until now. We don’t just need any player, you need the right players and that’s the point we’re working on together.”

Even with this chaos at the Man Utd, one pundit thinks they will come second.

Of the 23 pundits, all of them predict that Manchester City and Liverpool take the two top spots in the league.