The bestselling author of new book Apple: Sex, Drugs, Motherhood and the Recovery of the Feminine has revealed all.

by Timothy Arden
in Books, Lifestyle 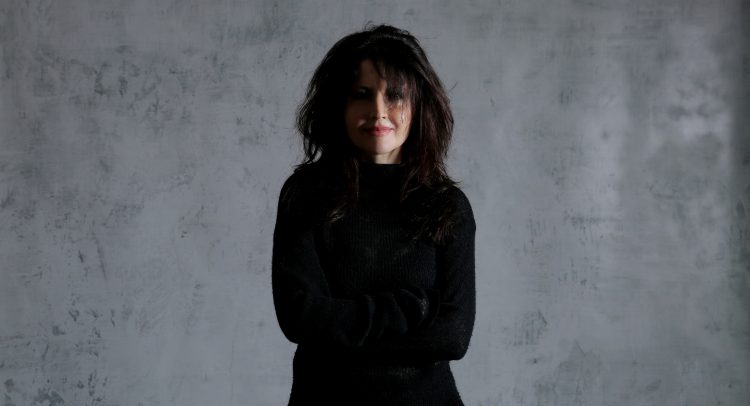 Humans will lose the ability to love within a century because of the alleged cognitive damage caused by hormone-blocking drugs during childbirth, a new book claims.

Epidural analgesics and general anaesthetics, used routinely in labour since the 1970s, are making new mums “less maternal” by lowering their levels of oxytocin, the body’s natural ‘bonding hormone’, it is claimed.

Oxytocin, also known as the love or cuddle chemical, is produced naturally in the hypothalamus – a part of the brain the size of an almond that controls mood, body temperature, thirst, hunger, anger and tiredness.

It is released into the blood during labour – triggering contractions – and floods the brain during breastfeeding.

Studies have long shown that mothers with normal levels of oxytocin are more likely to be affectionate with their children than those who are hormone deficient.

Fentanyl and other powerful epidural analgesics and anaesthetics have separately been shown to reduce its supply.

But according to women’s rights campaigner Antonella Gambotto-Burke, the bestselling author of new book Apple: Sex, Drugs, Motherhood and the Recovery of the Feminine, the loss of oxytocin in childbirth has far-reaching consequences for humanity.

In the course of a three-year analysis into the impact of modern birthing practices, she has come to believe there is a connection between the use of obstetric drugs, oxytocin deficiency and the rising number of children with sociopathy – a mental disorder in which a person lacks affection, empathy and compassion for others.

The condition, also known as antisocial personality disorder (APD), begins in childhood and is now thought to affect as many as one in every 25 people.

Gambotto-Burke believes that sociopathic behavioural traits are the neurobiological result of modern birthing practices, including obstetric drugs, impairing oxytocin production in mothers, and that these traits are subsequently passed down across generations.

Within the next century, the number of people with APD will “far outnumber” those without it, leaving much of the world devoid of people who possess the full ability to love or form meaningful human connections, she warns.

Gambotto-Burke, 56, was recently identified alongside Virginia Woolf, Hillary Clinton and Nobel prizewinner Malala Yousafzai as one of the world’s most inspiring feminists.

Her 2015 book Mama: Love, Motherhood and Revolution, is seen by some as one of the seminal feminist works of the 21st century.

Her new book, Apple, meanwhile, has made international headlines for its controversial investigation into the possible connection between modern obstetric practices and a wide range of escalating health and social issues.

Analysing, among other things, the potential impact of birth trauma on late celebrities such as singer Whitney Houston, daughter Bobbi Kristina Brown, and actress Carrie Fisher—as well as on notorious killers including Charles Manson and Moors Murderer Ian Brady—it calls for a revolution in society’s understanding and approach to birth.

Speaking about her research into rising rates of APD, she said: “There is a direct correlation between the prevalence of APD and the number of pregnant women receiving hormone-blocking analgesics and anaesthetics.

“As epidural analgesics have become the norm, so too has APD. The multiple studies I have read while researching my book strongly suggest that the two go hand-in-hand because they share a common denominator: oxytocin.

“As love is a learned behaviour, APD is by definition passed through the generations.

“With this in mind, it is reasonable and logical to assume that APD will at some point within the next 100 years become so ubiquitous that ‘love’ as we know it will be lost or so diluted in society as to be virtually extinct .”

Apple: Sex, Drugs, Motherhood and the Recovery of the Feminine by Antonella Gambotto-Burke is published by Pinter & Martin and is out now in paperback and eBook editions, priced at £14.99 and £6.99 respectively. It is available to purchase from Amazon or Pinter & Martin. For more information about author Antonella Gambotto-Burke, visit www.gambottoburke.com or follow her on Twitter (@gambottoburke) or Instagram (@gambottoburke).