"I get a custard pie for getting it right on Ronaldo from day one!" said Jamie Carragher after being ignored by the striker. 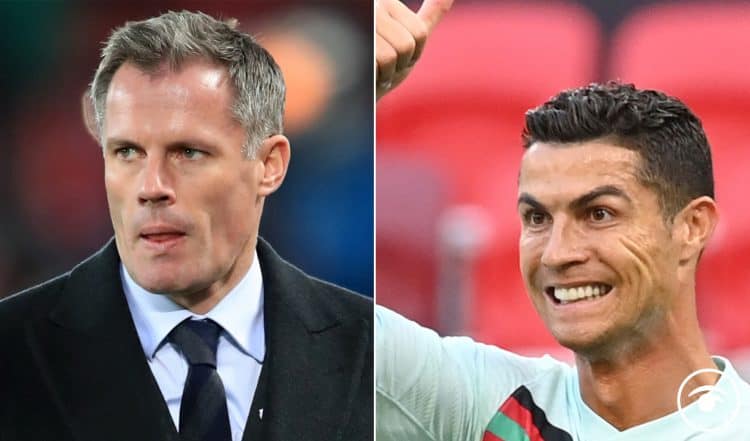 The eyes of the footballing world were focused on a rocking Old Trafford as these old foes went toe-to-toe in search of their first Premier League wins of the season.

After the match benched Cristiano Ronaldo came out to speak to the presenters, but as you can see he totally mugged off Jamie Carragher.

Even Carragher acknowledged it had been a tough night for him.

Some thought it wasn’t on how Ronaldo reacted.

Others loved the shade thrown by the footballing legend!

Ten Hag made two strong selection calls in leaving Cristiano Ronaldo and Harry Maguire out of his starting line-up.

The Dutchman said: “We have a squad and we have a way of playing, a style and a game plan. You look at what is the best approach to the game.

“That is what we did today and we will do it every game. Today it was those players, Saturday it could be different.”

Ten Hag insists Ronaldo can fit into his plans.

He said: “I think he can. In his whole career he did it under several managers, in several styles and systems. He always performed so why can’t he do this? His age is not an issue.”

Related: This is Manchester United – Gary Lineker gets in on joke as Ten Hag turns air blue