Manchester United boss, Ten Hag told Sky Sports: “You can see what they can achieve because they can play f****** good football.” 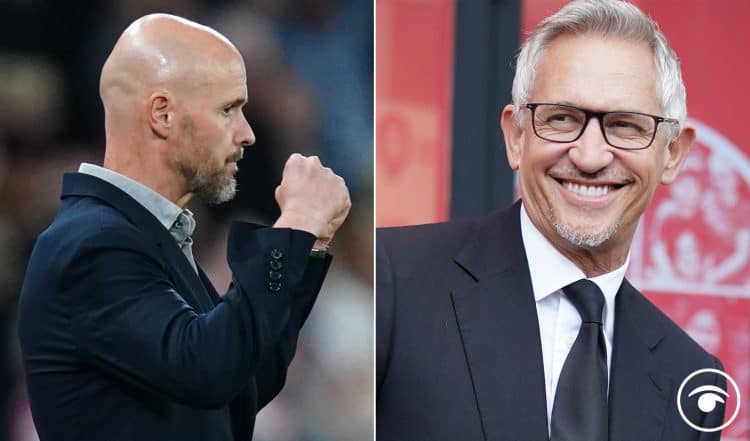 It is safe to say that Gary Neville went away happy, for once, after a Manchester United performance after overcoming fierce rivals Liverpool 2-1 last night.

The result saw United move above Liverpool in the table and compound the Merseysiders’ frustrating start to the season.

United bounced back from two successive – and humiliating – defeats at the start of their Premier League campaign to beat their fiercest rivals 2-1 at Old Trafford.

Gary Neville shared his joy, as you can see from this picture!

The joke started yesterday when Neville said this to the camera before the game.

But it goes back even further than that to this satirical video of the Sky Sports presenters.

But Neville got the last laugh sharing a picture of himself tucking into a nice glass of red wine basking in the victory.

Ten Hag made two strong selection calls in leaving Cristiano Ronaldo and Harry Maguire out of his starting line-up.

The Dutchman said: “We have a squad and we have a way of playing, a style and a game plan. You look at what is the best approach to the game.

“That is what we did today and we will do it every game. Today it was those players, Saturday it could be different.”

Ten Hag insists Ronaldo can fit into his plans.

He said: “I think he can. In his whole career he did it under several managers, in several styles and systems. He always performed so why can’t he do this? His age is not an issue.”