A colossus of the game, who leaves us aged 85. 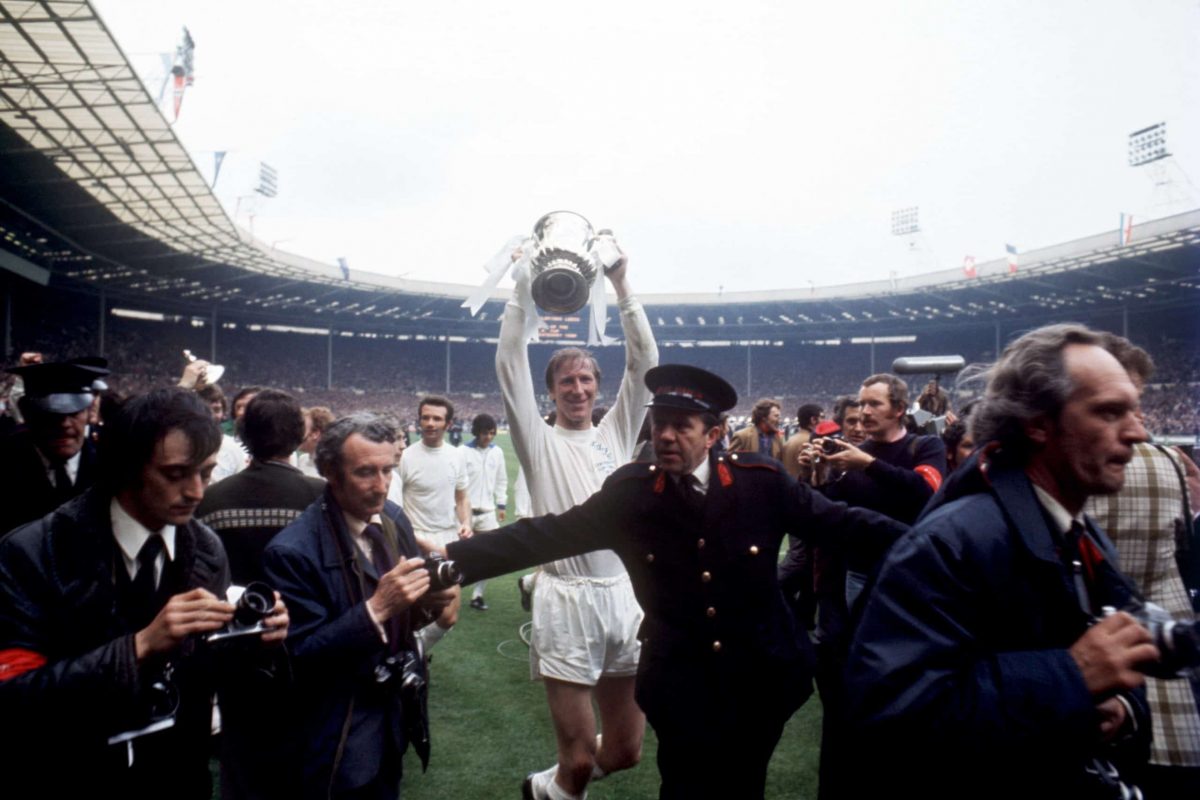 Tributes have poured in for Leeds United and England legend Jack Charlton.

The World Cup winner, who has died at the age of 85, was one of football’s great characters.

Not the most naturally gifted of players, he nevertheless collected a World Cup winners’ medal alongside his younger and more celebrated brother Bobby as England triumphed in 1966, and was a key member of the Leeds side which threatened to take both the domestic and European game by storm during the late 1960s and early 1970s.

But if Bobby enjoyed the greater share of the limelight  – they fell out later in life before reconciling – it was Jack who proved more suited to management.

Revered in Middlesbrough after guiding the club into the old first division as champions, it was on the international stage that he rose to prominence with the Republic of Ireland.

Jack Charlton has passed away at the age of 85.

The man that essentially put Ireland on the map as a footballing nation and provided us with memories we will never ever forget.

Thanks for everything Jack.

Charlton’s love affair with his adopted country and its football fans proved a marriage made in heaven as a nation which came to know him simply as ‘Big Jack’ revelled in the success he brought, the Republic establishing themselves as a force in world football and their manager as a household name all over again.

Born in the Northumberland colliery village of Ashington on May 8, 1935, the eldest child of miner Bob and his wife Cissie, a cousin of north-east football royalty Jackie Milburn, he learned his football with Ashington YMCA and Ashington Welfare before joining the ground staff at Leeds in 1950.

Another Leeds United colossus leaves us – Jack Charlton has died at the age of 85. #lufc pic.twitter.com/5DHie5GnRu

It was an association which was to prove both lengthy and hugely successful as he went on to make a record 629 league appearances for the Elland Road club before eventually hanging up his boots just weeks before his 38th birthday.

During more than two decades at Leeds, punctuated by a spell on national service with the Horse Guards, he won the First and Second Division titles, the FA Cup, the League Cup and the Inter Cities Fairs Cup twice and was named the Football Writers’ Association Footballer of the Year in 1967.

However, it was with England, for whom he earned 35 full caps, that he wrote himself into the history books.

Everyone at West Ham United is saddened to hear the news of Jack Charlton’s passing. A World Cup winner and a giant of our game. Our thoughts are with his family at this time. pic.twitter.com/0Hq8Kx5nHF

He was fast approaching 30 when he made his full debut in a 2-2 Home Championship draw with Scotland in April 1965 and, a little more than a year later, played his part in what remains perhaps the most famous day in the nation’s sporting history.

One of the abiding images of the 4-2 World Cup final victory over West Germany on July 30, 1966 is that of the 6ft 3in defender sinking to his knees at the final whistle before embracing his younger brother, although he would later admit he did not remember too much about it.

He said: “There’s a picture of me at the end down on my knees. I don’t remember if I was saying a prayer or just knackered.

We are devastated by the news that Jack Charlton, a member of our World Cup-winning team of 1966, has passed away.

Our deepest sympathies are with Jack’s family, friends and former clubs. pic.twitter.com/eSGjbOpo7Y

Following his retirement as a player, he was appointed manager at Division Two club Middlesbrough in May 1973 and won promotion at the first attempt before ending his four-year spell on Teesside and then taking up the reins at Sheffield Wednesday.

He spent almost six seasons at Hillsborough and later had brief spells back at Boro and with Newcastle before Ireland came calling in February 1986.

In almost a decade at the helm, Charlton built a side to be reckoned with as he made use of the qualification rules to boost his squad with players born outside the country and moulded them into a team which feared no one, even while sometimes struggling to remember their names.

The FAI is deeply saddened to learn of the death of Jack Charlton, the manager who changed Irish football forever.

Our thoughts are with Pat and the family at this sad time.#RIP pic.twitter.com/PonuRtW9fu

It was at Italia ’90 that Charlton enjoyed his finest moment as a manger, Ireland eventually bowing out to the hosts in the quarter-finals. They were at it again four years later as Ray Houghton fired them to a glorious 1-0 win over the Italians at Giants Stadium in New Jersey, Charlton’s men making an impression at a second successive finals, although his resignation in December 1995 brought an end to a remarkable era.

Awarded the OBE in 1974, he was made a freeman of the city of Dublin 20 years later, and the affection in which he was held on both sides of the Irish Sea was reflected in the rapturous reception he received when he was presented to the crowd at the Aviva Stadium ahead of the friendly between Ireland and England in June 2015.

A man who combined his football with a love of outdoor pursuits – Charlton was as happy fishing and shooting as he was in the dug-out – he suffered ill-health in later life but remained a charismatic and popular figure with football fans across the generations.

He is survived by wife Pat, whom he married in 1958, and their three children, John, Deborah and Peter.