The Brazilian missed out on a starting place for the Madrid showpiece despite scoring a hat-trick in the semi-finals. 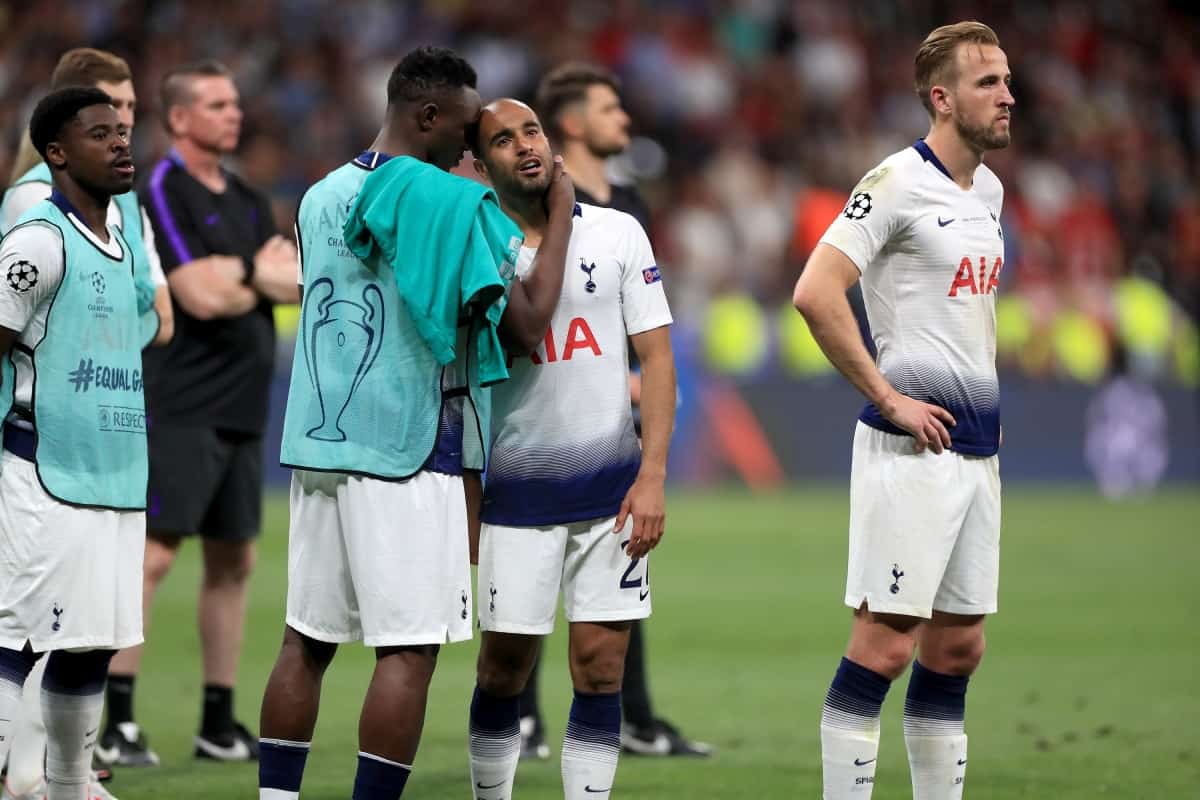 Lucas Moura respects Mauricio Pochettino’s decision to drop him for the Champions League final – and will try to use that disappointment to drive Tottenham to silverware this season.

Signed from Paris St Germain in January 2018, the 26-year-old has sealed his place in club folklore with a remarkable hat-trick that propelled Spurs to their first ever European Cup final.

But Lucas’ semi-final heroics against Ajax did not prove enough for a starting berth in the Madrid finale, with Harry Kane favoured in attack despite a lengthy absence following injury.

The Brazil international eventually came on in the 66th minute and was unable to prevent Spurs from succumbing to a 2-0 loss to Liverpool – a case of what could have been for player and the club.

“Of course it was difficult because every player wants to play,” Lucas said of the Champions League final. “But it was even more to lose the game.

“I really think we could do better, could win this trophy. We had quality for this.

“I need to respect the decision of the coach and respect my team-mates, so no problem with this.

“I look forward now to next season to do a great season as well. Win a trophy, that is my objective.

“For sure he (Pochettino) has a good reason for this (decision) and I am sure that it was difficult for him as well to choose a player. He needs to choose only 11.

“I respect, I am a professional. No problem for this. Now I look forward to the next season.”

Lucas brushed aside a question about whether Pochettino had spoken to him about the decision and is clearly focused on the future.

“I think I understand the way Mauricio wants us to play,” he said in sweltering Singapore ahead of facing Juventus in the International Champions Cup. “I feel very good now. I feel really at home with my team-mates and my club.

“I am very happy and I can’t wait to start the new season, to do my best and have a great season like the last one.  I think we are at another level. We reached the Champions League final.

“We got into the new stadium. People believe in us more now and it is time to confirm this, that we are a big team, a big club, with a great squad. We will see what will happen this season.”

Asked if Spurs are entering a new era now, he said: “I think so, yes. I think it is a new era for us with the new stadium, with the Champions League final.

“I think we got more confidence and people believe more in us now.

“I think that it’s time to confirm this, it’s time to dream with a trophy. That is our objective now and we will do our best for this.”

Lucas was one of eight players to take part in an event at the AIA’s Fan Zone outside Singapore’s National Stadium, where they helped an attempt to beat the country’s national record for the time it takes to pass the ball between 100 people.

There were many hundreds more watching at an event that was manic at times in the intense humidity.

“I am so happy to be here in Singapore,” Lucas added. “It’s my first time here.  I am so impressed by the country – it’s a very nice country, very nice people, great fans.

“We are doing a good job here, working hard. We need to enjoy this time on the pitch as well and of course outside to know a new country, new people, a new culture. That is very good for us.

“The challenge is training in conditions like this. Very hot.  But it helps to improve ourselves, our shape. We are having a good time here.”