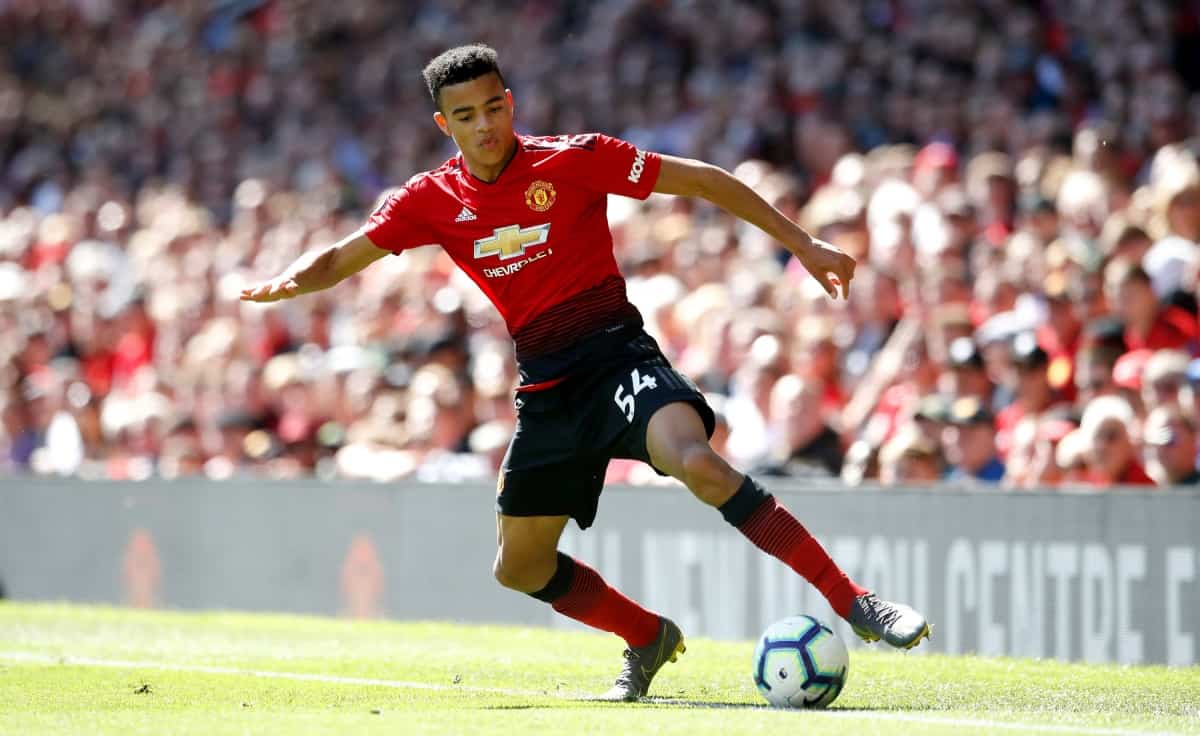 A sell-out crowd at Singapore’s National Stadium witnessed an intense friendly between Romelu Lukaku’s current and prospective employers as the striker watched on from the sidelines.

United outplayed Inter for the most part and finally made the breakthrough after Solskjaer made 10 changes with a third of the International Champions Cup encounter remaining.

Eyebrows were raised when Ashley Young was booed upon his introduction in Singapore, although his free-kick hushed his vocal critics and resulted in Greenwood scoring his second goal in as many games.

The 17-year-old showed great composure before slamming home to seal a 1-0 win and hit the crossbar as the clock wound down.

“The kid’s only 17 and he’s learning everyday training with these boys,” Solskjaer said.

“He’s been with us the last few months and he’s grown in confidence, grown in stature and, as I’ve said before, when you’ve got players who perform it’s difficult to keep them out.

“But we’ve got to keep our feet on the ground with him as well because he’s only 17 and there’ll be ups and downs, but at the moment he’s enjoying his football.”

Asked if he had considered sending the teenager on loan this season, the Norwegian made a comparison to Sir Alex Ferguson’s treatment of United great.

“No, Mason’s never been on my mind to send out on loan,” Solskjaer said. “He’s one we have to keep at our place, keep him and play him when we feel it’s good for him and at the moment he’s flying.

“He reminds me a little bit about the Giggsy story, that you can’t really send him on loan. For me, he’s ready to be in this squad.”

The versatile full-back has been with the club since 2011 and skippered the side for much of last season, yet the United-dominant crowd in Singapore jeered him frequently and loudly.

“I think Ashley is a top professional,” Solskjaer said when asked about the reception.

“He always gives absolutely everything and his delivery ended up with a goal.

“Of course, we want fans to support our players and Ash has been a very loyal servant to this club for many, many years and he’ll keep on performing when he plays.

“I haven’t spoke to him – they’ve had to do running after the game. He’s probably finished with his running now so we’ll have a chat with him now but I don’t think he’ll get effected.”

Young’s game time is likely to be diminished by the summer arrival of flying right-back Aaron Wan-Bissaka, who earned United’s man-of-the-match in Singapore after a performance that the fans in the ground loved.

“We’re building a team and Wan-Bissaka did really well today,” he said. “He’s hard to go past and he was going forward as well so I’m very pleased with his performance and the team’s performance.

“We’ve had three games and not conceded any goals so we’re looking strong as a defensive unit.

“You can see the confidence grow in him, he’s been here two weeks and he’s made an impact on the squad and supporters.

“He’s got things to learn, he’s only 21 still but he’s got a great chance to have a long, good career ahead of him.”