"Time to release them from their guilded cages. They can have a council house each and a pick of one of the paintings", one person said. 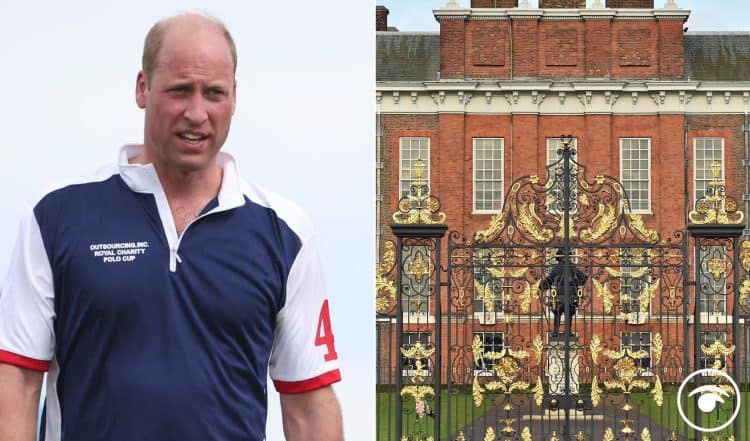 Campaign group Republic has branded the Duke and Duchess of Cambridge’s relocation to Adelaide Cottage “disgraceful” amid the cost-of-living crisis.

As the news broke ‘Abolish the monarchy’ began to trend on Twitter.

William and Kate are moving to the Grade II-listed four-bedroom house on Windsor’s private Home Park to allow their children – Prince George, Princess Charlotte and Prince Louis – more freedom when they start at Lambrook School near Ascot in Berkshire next month.

Graham Smith, chief executive of the pressure group which campaigns for an elected head of state, said: “While ordinary households are struggling with their energy bills and facing crippling inflation, why are we giving yet another home to William and Kate?

He added: “All these palatial homes require round-the-clock protection, heating and staffing.”

He said the Crown Estate was “a state-owned property empire that is supposed to make money for the Treasury”.

Royal commentator and former BBC royal correspondent Peter Hunt said the decision highlighted how the royal family was not subject to the same economic difficulties as the rest of the nation.

Mr Hunt said: “A third home for the Cambridges is a reminder the royals don’t suffer from the cost-of-living crisis and a looming recession in the same way as the rest of us.

“When taxpayers’ money was spent on refurbishing their apartment at Kensington Palace, Prince William, who campaigns for the homeless, insisted his family planned to stay there for many years to come.”

As the country faces an economic catastrophe the news of the house move has not gone down well:

Their central London home, Apartment 1A at Kensington Palace, used to belong to Princess Margaret, and will remain their official working residence.

It was refurbished at a cost of £4.5 million to the taxpayer with a new roof and electrics, and the removal of asbestos.

It has some 20 rooms and a large, private walled garden.

The Cambridges added a second kitchen, wanting a private family one in addition to the existing 350 sq ft kitchen.

Before William and Kate moved to “KP” in 2013, royal aides insisted it would remain their main home for “many, many years to come”.

A royal spokesman said at the time: “This is the duke and duchess’s one and only official residence.

“It is here that they plan to stay for many, many years to come.”

Anmer Hall, the Duke and Duchess of Cambridge’s 10-bedroom country retreat, was a gift to the couple from the Queen following their wedding.

The secluded red brick Georgian mansion sits on the monarch’s vast, private Sandringham estate in Norfolk and is a short drive from Sandringham House.

Kate oversaw the major renovations, including the conversion of wood stores into accommodation for the nanny and the creation of a garden room.

The duchess was dubbed “Three kitchens Kate” after it was reported that a new kitchen was to be installed in place of the £50,000 designer one already there, with the family already having two kitchens at Kensington Palace.

The bolt-hole, which had a swimming pool and a tennis court, was given a £500,000 new roof, as well as a garden room, re-landscaped front driveway and new nursery for Prince George and Princess Charlotte.

The renovations, said to come to £1.5 million, were paid for mostly from the royal family’s private funds.

Owned by the Crown Estate, the duke and duchess will pay market rent on the picturesque historic building which is close to Windsor Castle.

It was built in 1831 for Queen Adelaide as a summer retreat and used to be the grace and favour home of Peter Townsend, whose love affair with Princess Margaret rocked the monarchy in the 1950s.

It had long been reported that William had been given a cottage called Tam-Na-Ghar by the Queen Mother on the Balmoral estate, but William does not lease or own the house – it is owned by the Crown Estate and leased to a third party, Kensington Palace said.