Steve Bruce knows he is in for a tough time at his hometown club. 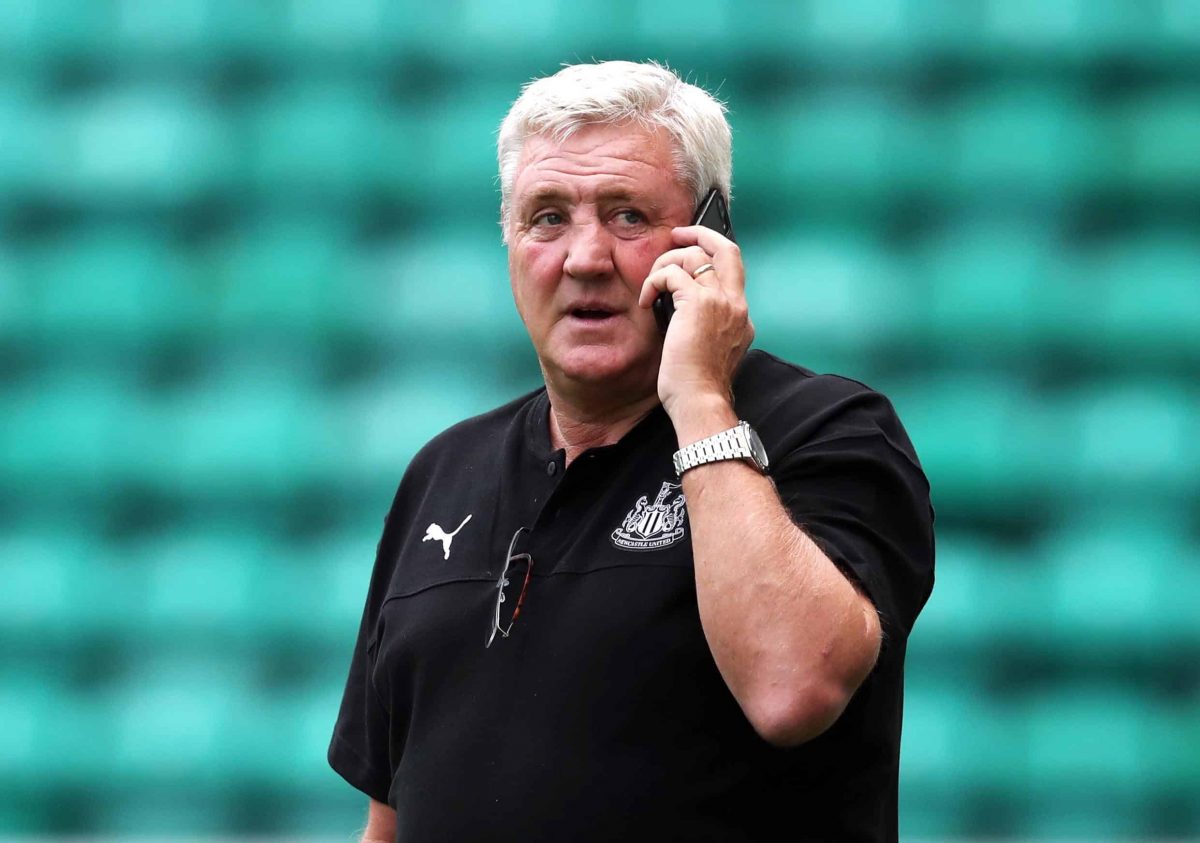 Newcastle boss Steve Bruce has promised to ride out the tide of criticism heading Newcastle’s way as he attempts to protect his players.

Bruce said: “After two games, there’s a so-called mini-crisis and all the rest of it. But look, I understand that, it’s the nature of the club – it always has been. There’s always a storm in Newcastle and at the minute, we’re in one.”

A poor result at Spurs on Sunday, will crank up the pressure even further on Bruce, with a lot of the fans already angry with the loss of ex-boss Benitez.

Bruce seems ready for the fight, recently he said: “I’m from here, so it steels you. You have to be tough at school, otherwise you get picked on. Your whole upbringing from the north-east gives you that determination.

“I’ve never had it easy. I’m prepared to work hard and have a go, that’s always been my philosophy. I’ll have a go, have a crack and won’t be frightened of anything.”

While just down the road Sunderland nearing takeover by group including 25th richest man in the world Michael Dell, which could shake things up in the North East. Black Cats chairman Stewart Donald has agreed to sell his majority stake just a year after buying the League One club from Ellis Short.

However, back on Tyneside Bruce has hit back at some of the “lies” that have accompanied a difficult start to his reign at St James’ Park with former Magpie and radio pundit Michael Chopra firmly in his sights.

Defeats by Arsenal and promoted Norwich in the opening two games of the Premier League season have fuelled discontent which began when Bruce’s predecessor Rafael Benitez left the club in the summer.

The new head coach, who was unhappy with the way defender Paul Dummett’s comments over the mood of the players during the warm-up at Carrow Road have been interpreted, said: “Well listen, for the last four or five weeks, it’s been relentless, hasn’t it?

“But I’ve grown accustomed to it and if I can protect the players, then I will. Ultimately, it’s always my responsibility.

“We can’t even take a warm-up. Some of it is a bit laughable, but you just have to try to get through it and keep your dignity and make sure you are strong enough to see it through.”

Bruce, who is preparing his team for a difficult trip to Tottenham on Sunday, was particularly upset by Chopra’s claim to have spoken to current senior players who had told him some members of the squad do not know what their jobs are.

The 58-year-old said: “I’m just surprised that people pay any attention to him. Some of the stuff is just fabricated and lies. When it’s like that, you think, ‘Why is that making national headlines?’. It’s total rubbish.”

Bruce has had to come to terms quickly with the intensity of scrutiny on Tyneside with emotions running high after another turbulent summer.