The defender broke his leg against Leicester. 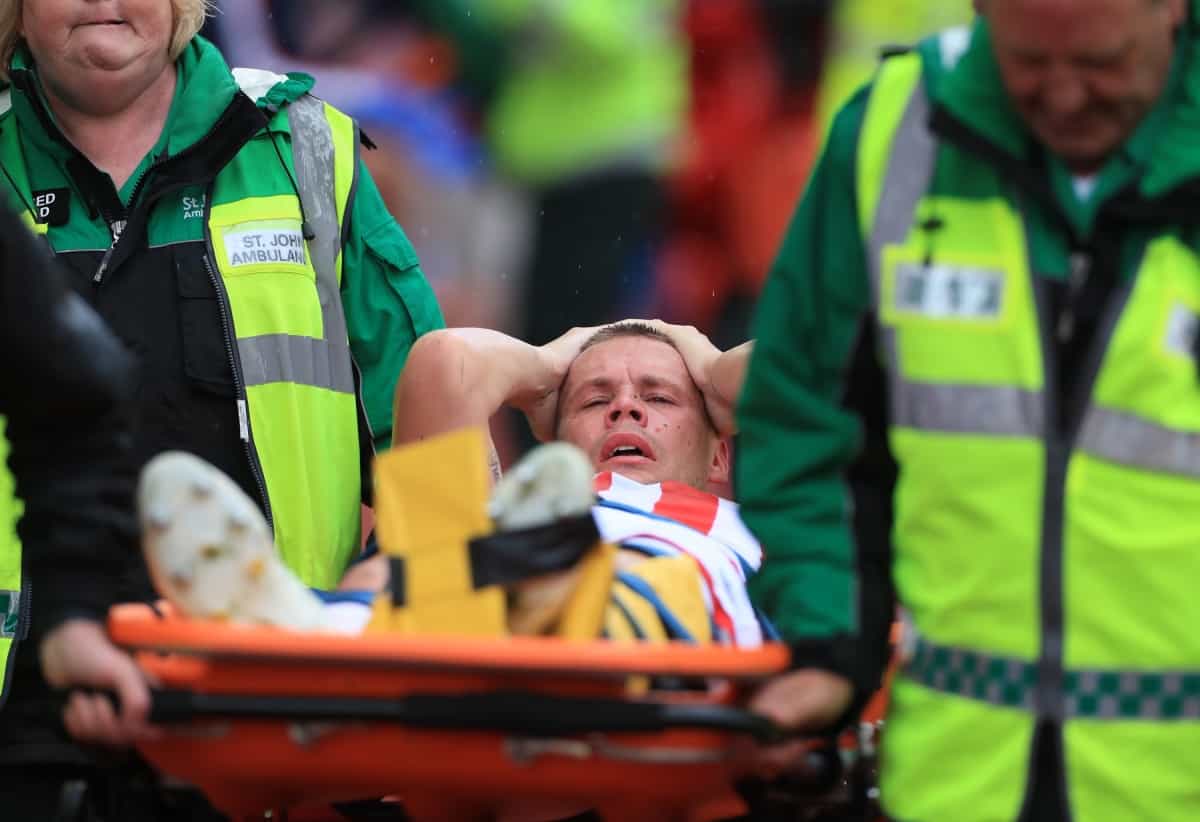 Stoke captain Ryan Shawcross’ broken leg is not as bad as first feared according to manager Nathan Jones.

The 31-year-old centre-back sustained the injury in a friendly against Leicester at the weekend.

He has undergone surgery but despite the positive outlook, Jones refused to put a date on the defender’s potential return.

“There’s a timescale but we won’t announce that. It would be wrong to talk about that. God willing there’s no complications.

“The positive news is the fact that it’s not as serious as first feared.”