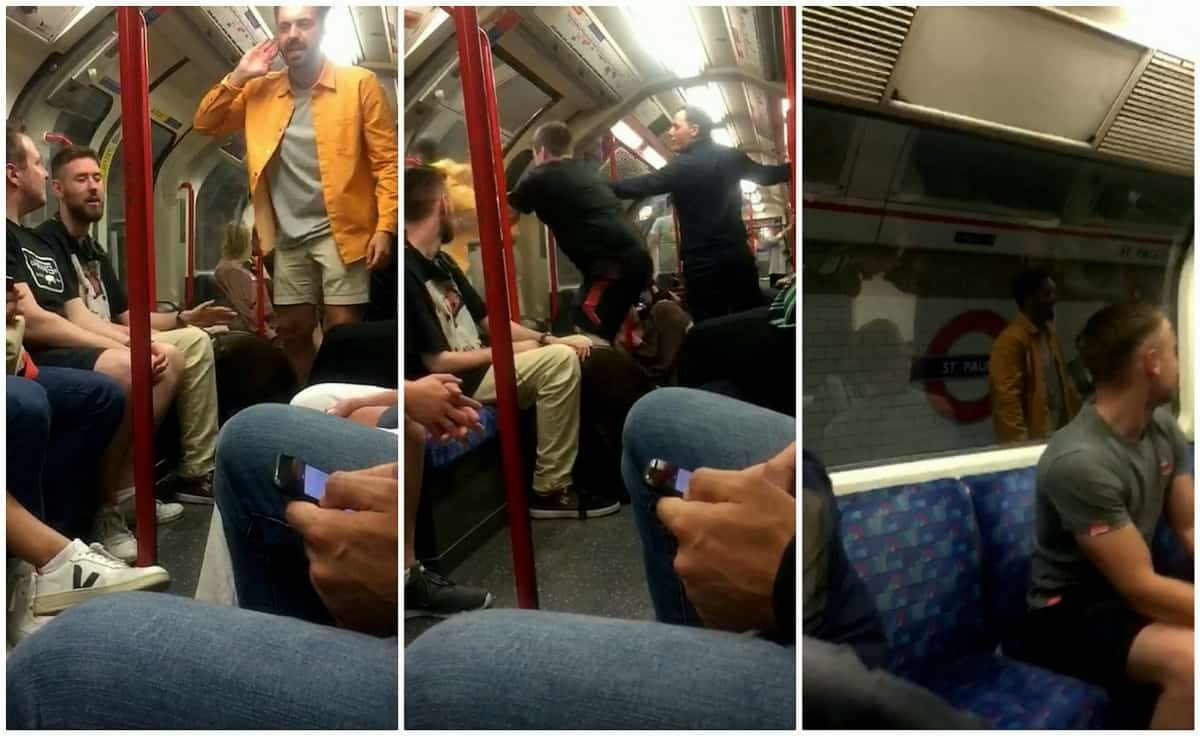 This is the moment fed-up tube passengers shoved a rowdy football fan off the train – seconds before the doors shut.

The video shows the man repeatedly shouting ‘Chelsea, Chelsea’ while staggering around the Central Line train on Saturday.

But when the carriage pulled into St Paul’s station, his fellow passengers saw their chance to get rid of him.

Just as the doors were about to shut, they pushed him out, leaving him stranded on the platform, while the woman he was travelling with was still inside, just before 10pm.

The funny moment was captured on camera by a traveller and fellow Chelsea fan who was recording the man singing to show his mates.

The 49-year-old from London said: “He had been drunkenly enthusiastically singing – not aggressively, just a bit too exuberantly – from Liverpool Street station through Bank and then at St Paul’s when this happened.

“The girl in pink was with him and was quite mortified beforehand.

“She’d kind of asked him to stop but then sat down and was almost hiding and pretending he wasn’t with her – in a good-natured way.

“She wasn’t happy when he was pushed off, but equally she thought it both funny and annoying.

“I had my headphones on and was playing loud music but could still hear him.

“I only started paying attention after we left Bank station and he was still at it.

“I’m a Chelsea fan and was simply thinking that my West Ham, Spurs and Arsenal mates would find this funny when I sent it to them with a joking message along the lines of ‘Typical Chelsea Fan’.

“There were a few high fives amongst people on the tube afterwards and everyone was having a laugh about it.

“Just one of those London things really.”