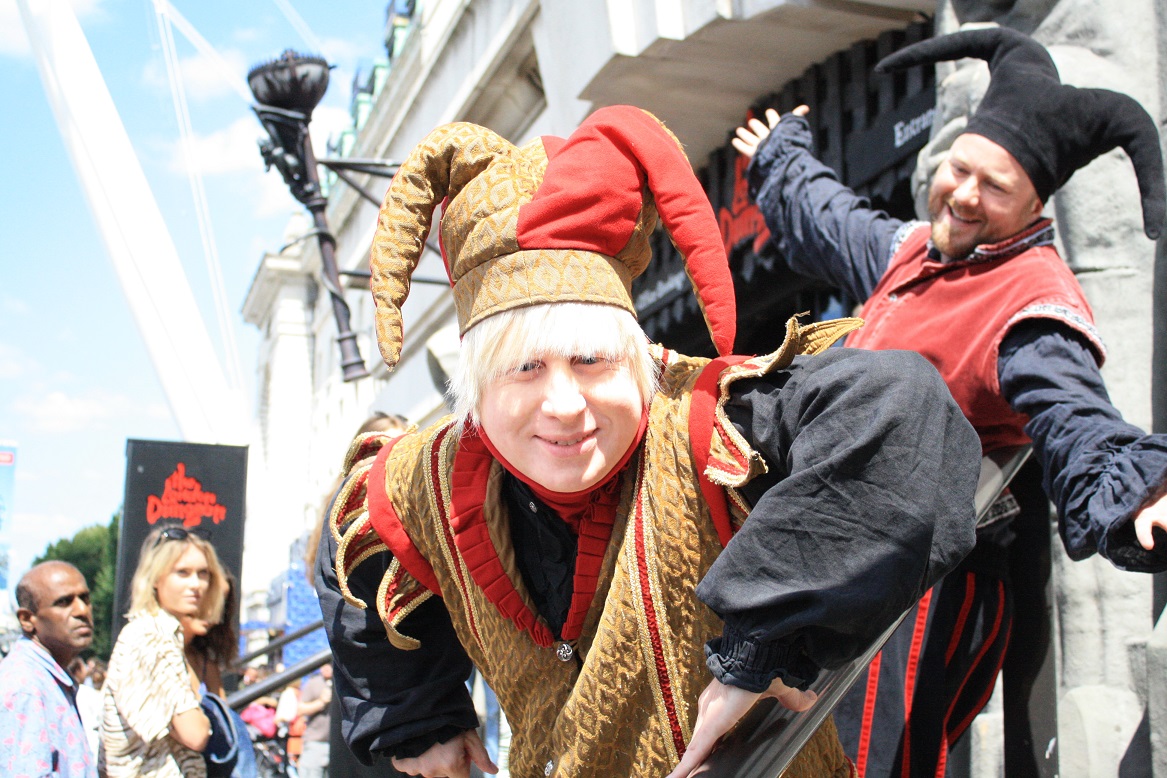 The London Dungeon has unveiled Boris Johnson as its newest court jester.

Hot off his new appointment as PM and after relieving Theresa May of her position, it was decided he should take up the South Bank role in order to maintain his role as the bumbling jester figure of our times.

Friends of the London Dungeon at MMM (Merlin’s Magic Making) created a one-off Boris Johnson silicone mask to use for the occasion and made sure he was picture-ready for his big first day.

Guests were able to have their picture taken with an actor in the Boris mask and were introduced to the Dungeon experience with a new script.

This included nods and comparisons to other ‘jesters’ who had risen to power in history such as the 15th/16th century figure, Triboulet who cheated death after making his boss Francis I of France laugh.

He even took a walk across Westminster Bridge for a very special meet-and greet with the people he will soon be serving.

Andrew Walker, General Manager at The London Dungeon said: “To mark the start of parliamentary recess and the news of Boris Johnson becoming Prime Minister, we thought there was no better way for him to practice his forthcoming tenure as PM than as a Jester at our attraction!

“We all need a summer job and we think this one suits him perfectly.”