Steven Gerrard has pleaded with the Rangers support to behave after UEFA ordered a section of Ibrox to be closed during this week’s crucial Europa League showdown with Legia Warsaw. At least 3,000 seats will lie empty for next Thursday’s Europa League play-off second leg in Glasgow. Rangers said it was “deeply regrettable” that supporters […] 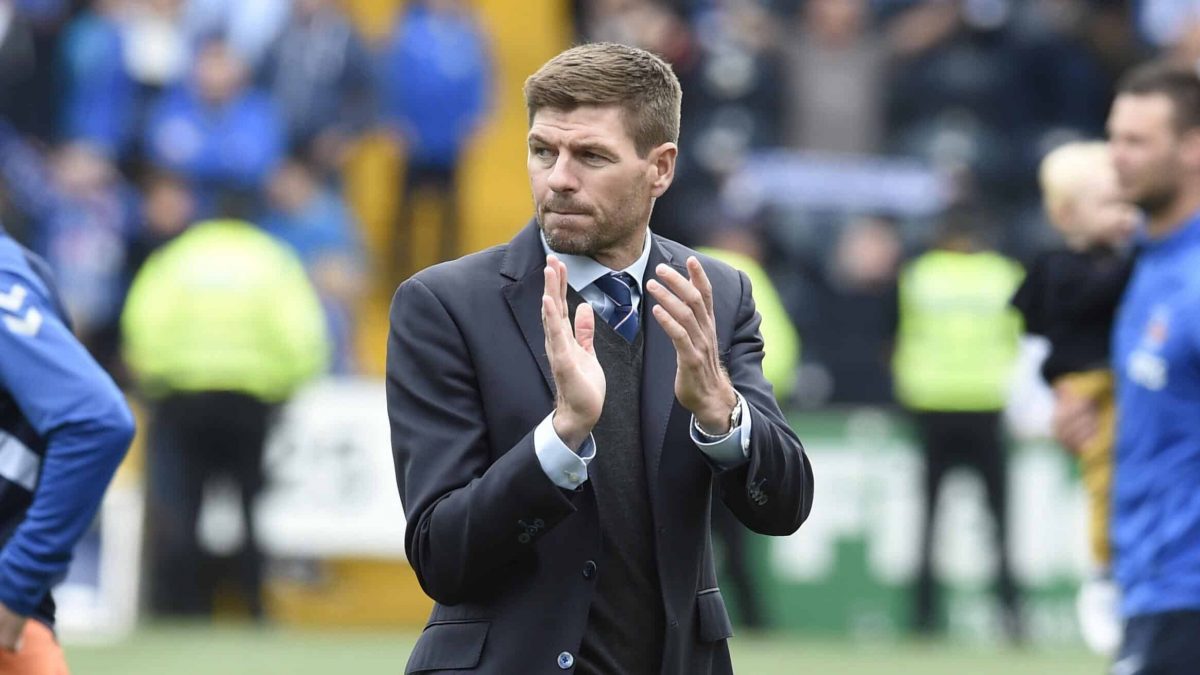 Steven Gerrard has pleaded with the Rangers support to behave after UEFA ordered a section of Ibrox to be closed during this week’s crucial Europa League showdown with Legia Warsaw.

At least 3,000 seats will lie empty for next Thursday’s Europa League play-off second leg in Glasgow.

Rangers said it was “deeply regrettable” that supporters who are innocent of any wrongdoing will be unable to attend the match.

Europe’s governing body made the ruling after deciding a number of the Gers faithful were guilty of racist behaviour – specifically relating to “sectarian chants” – during their opening qualifier against St Joseph’s.

Rangers will face a full closure of Ibrox if sectarian singing is repeated. And if there are any subsequent offences they could face points deductions, forfeiting a match and even expulsion from Uefa competition.

But any future offences will lead to far more serious consequences for the Ibrox club.

Strict Uefa rules are in place for racism and religion.

A second offence would see a match played behind closed doors and a fine of around £45,000.

The club said in a statement on Friday: “Uefa has ruled that a group of Rangers supporters were guilty of racist behaviour – which includes sectarian singing – during the match against St Joseph’s at Ibrox on July 18.

“Our supporters have been asked repeatedly by the club to refrain from indulging in this, and other forms of unacceptable behaviour. Sadly, the warnings have fallen on deaf ears and the actions of this minority will cause the club and the majority of good and decent Rangers supporters to pay a heavy penalty.

“Unfortunately a significant number of supporters, innocent of any wrongdoing, will be unable to attend next week’s match.

“This is deeply regrettable to all at the club and we hope that the guilty parties, who attracted the attention of Uefa, might reflect on the damage their unacceptable behaviour is causing Rangers and their fellow supporters.

“If any individual supporter is unable to behave in a civilised manner then please stay away from Ibrox and our club. You are harming Rangers and that is something a genuine supporter would never wish to do.”

“I back the statement that the club has made,” Rangers boss Gerrard said. “It’s disappointing when I think about the effect it’s going to have on innocent fans who go to the game and behave properly.

“They are going to miss out on the chance to watch the second leg which is all set up for an incredible match.

“I still think the crowd will be important next week. It’s a small section but it’s still not helpful.

“We do still want to send a clear message to our supporters that we’re going to need them with us in the second leg. We need the stadium to be rocking and jumping because as you saw last night they are tough opponents.

“We’ve been here before and I hope it’s the last time we have to deal with questions on fan behaviour. We want our fans to go to the games, enjoy it and get behind the team.

“That’s what being a fan is all about. We’ve got one of the best fan bases in the world. They follow us in large numbers home and away and they have got a reputation for being the best supporters in the world.

“So when you hear stuff like this it damages the fans’ reputation.”