Rangers face the Polish side but Liverpool will not loan winger 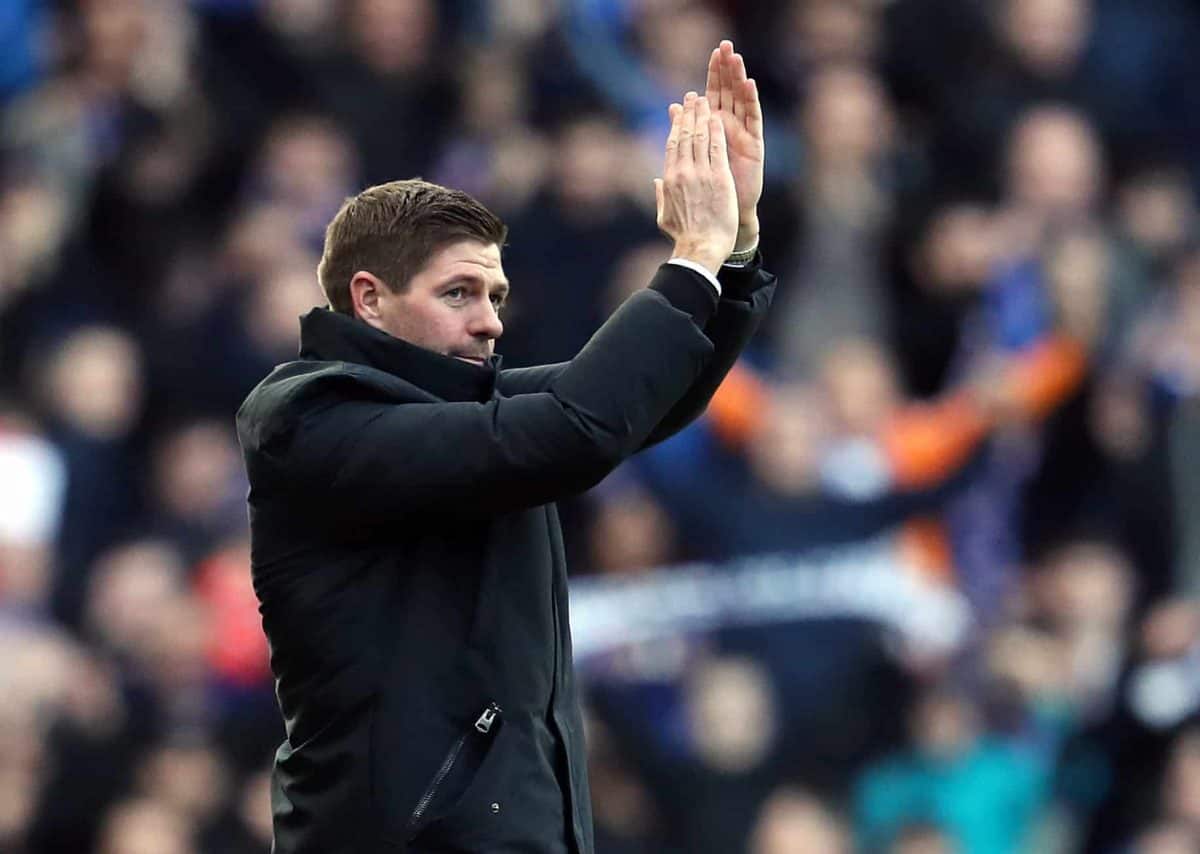 Rangers take on Legia Warsaw in the Europa League play-off round on Thursday, but Liverpool will not budge on their stance over Ryan Kent and the winger will not be allowed to join Rangers on loan.

The club’s preference is to sell last season’s Scottish young player of the year and they are looking for something in the region of £7million – a figure Rangers boss and former Liverpool captain Steven Gerrard cannot meet.

Manager Jurgen Klopp last month outlined the Merseyside club’s reasoning, saying: “Going back? If Rangers can buy him. The time is over giving him on loan.

“At a specific age, a player needs to find a place to settle and stuff like this. A loan is not planned.”

The 22-year-old, whose solitary first-team appearance for the Reds came in an FA Cup tie in January 2016, was prepared to try to force a move back to Ibrox, where he had a successful spell last season, but that seems to be off now.

Rangers supporters across the globe won’t miss a moment of their side’s Europa League showdown with Legia Warsaw.

The club have announced they will broadcast the clash in Poland on Thursday and all subscribers to the Ibrox side’s unlimited TV package will be able to tune in.

But Rangers are urging their fans to move quick with high demand expected with logins available up until an hour before kick-off at 7.00pm.

Legia Warsaw winger Marko Vesovic has cranked up the mind games ahead of the game.

He pointed out: “It will be easier playing against Rangers, than against Atromitos or Kuopio because we definitely have more to gain than to lose.

“Right from the beginning of the season it’s felt like we have been under pressure. We couldn’t score a goal and we kept drawing games 0-0.

Here is a look at their Polish opponents ahead of the first leg.

Legia were formed in 1916 as the official football team of the Polish Army but it would be 11 years before the club would join the country’s top flight. Success was limited until the first of a record 19 Polish Cups was claimed in September 1955, followed four weeks later by a maiden league title. Since then Legia have gone on to be crowned national champions 13 times – a feat only bettered by Gornik Zabrze and Ruch Chorzow on 14 – with their most recent coming just last year.

Aleksandar Vukovic has twice served as Legia’s caretaker boss but was finally given the reins on a full-time basis late last season as he replaced former Sporting Lisbon coach Ricardo Sa Pinto to become the club’s 12th manager in the last nine years. The 39-year-old started his playing career at Partizan Belgrade and had two stints on the books at his present employers. He saw Legia over the line into second place last term but he has faced stick from fans following a patchy start to the new season.

Legia cashed in on their best player Sebastian Szymanski in the summer as he joined Dinamo Moscow in a 5.5million euro deal while last season’s top scorer Carlitos has been in and out of Vukovic’s line-up so far this campaign. Teenage frontman Sandro Kulenovic has been preferred recently but he was booed off by his own fans as he chalked up his sixth game without a goal during their weekend win over Zaglebie. The Poles are likely to turn to Ukrainian Valeriane Gvilia to set the tempo from midfield with his wide passing range.

Rangers will be relieved to learn that the current Legia line-up are nowhere near as strong as the side which wiped the floor with Old Firm rivals Celtic five years ago, only to see their 6-1 aggregate Champions League win overturned after they were punished for playing an ineligible player. They still went on to make the last 32 of the Europa League that year and repeated the feat in 2016-17 as they finished third in a Champions League group featuring Real Madrid, Borussia Dortmund and Sporting Lisbon. But they have struggled in continental action in the three seasons since and were last year dumped out of the Europa League by Luxembourg minnows F91 Dudelange.