Bale’s potential departure from the club has dominated headlines over the past week. 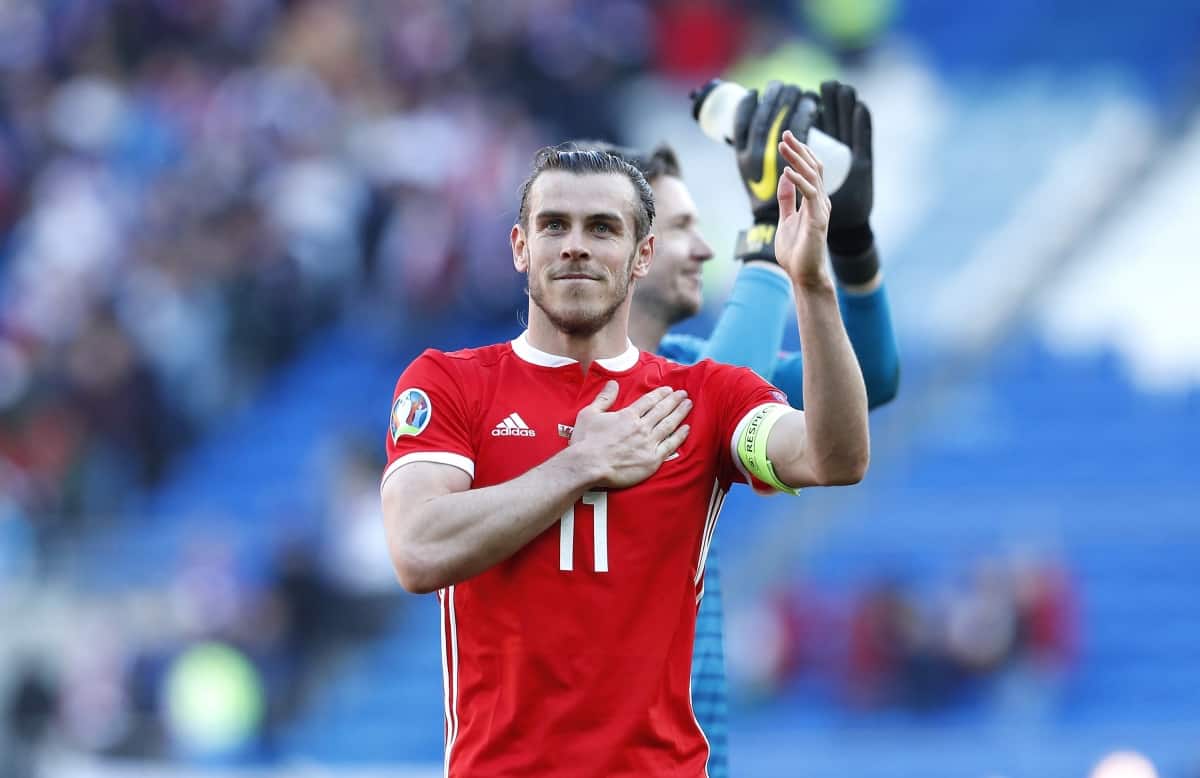 The Real boss has faced criticism in recent days over comments about Bale’s potential departure from the club and later denied showing a lack of respect to the forward.

Speaking to reporters after the International Champions Cup clash in Washington DC on Tuesday, Zidane said he had been pleased with Bale’s efforts after he sparked a second-half comeback against the Gunners.

“He played today, he wanted to and he did a good job,” he said.

“He put in a good performance and I’m pleased for him. He wanted to be with us today, he trained normally and played the match.”

Bale came on as a substitute at half-time, after Alexandre Lacazette and Pierre-Emerick Aubameyang had put Arsenal firmly in the driving seat at FedExField.

Nine minutes later he found the back of the net, tapping in from six yards to halve the deficit.

His goal was swiftly followed by another from Marco Asensio, whose clinical finish in the 59th minute pulled the Spanish giants level and left the scores tied at 2-2 at full-time.

Zidane, who claimed on Monday that Bale had not played against Bayern Munich last weekend because he did not want to, said the situation surrounding his potential exit remained unchanged.

“He’s here and I don’t know what will happen,” he added.

Despite impressing throughout the rest of the game, Bale had less success in the penalty shootout and his tame effort was easily saved by Emiliano Martinez.

Real claimed the victory when Arsenal youngster Robbie Burton sent his attempt over the bar.

“We put on a good display and drew level in the second half. We’re still in the preparation phase and we know our play will get a lot better. We improved today,” Zidane added.

There was some concern among the Real camp after Asensio was carried off on a stretcher three minutes after he scored.

The 23-year-old went down after an innocuous-looking challenge with Aubameyang.

“It’s his knee, he’s gone straight to hospital for some tests so we’ll see… But it doesn’t look good.

“It’s the downside of today for us, we’ve lost a player and we’re pretty gutted. We’re gutted for Marco and hope it will be the least serious possible outcome.”

Despite the loss for Arsenal, boss Unai Emery focused on the positives as their pre-season tour of the USA came to an end.

“This match was to take confidence, to play together with young players and give them chances,” he said.

“The result is not important but we want to create a winning mentality. We are working and analysing each match to improve offensively and defensively.”

He added: “In the last minutes, the young players’ impact was amazing. This moment for them, for us, was perfect. In the transition we were very good and with the ball we created chances.”

Asked if Asensio’s injury could affect a potential deal for Real midfielder Dani Ceballos, Emery said: “It (could be) bad news, for them and also for us. I don’t know if it can change something.”