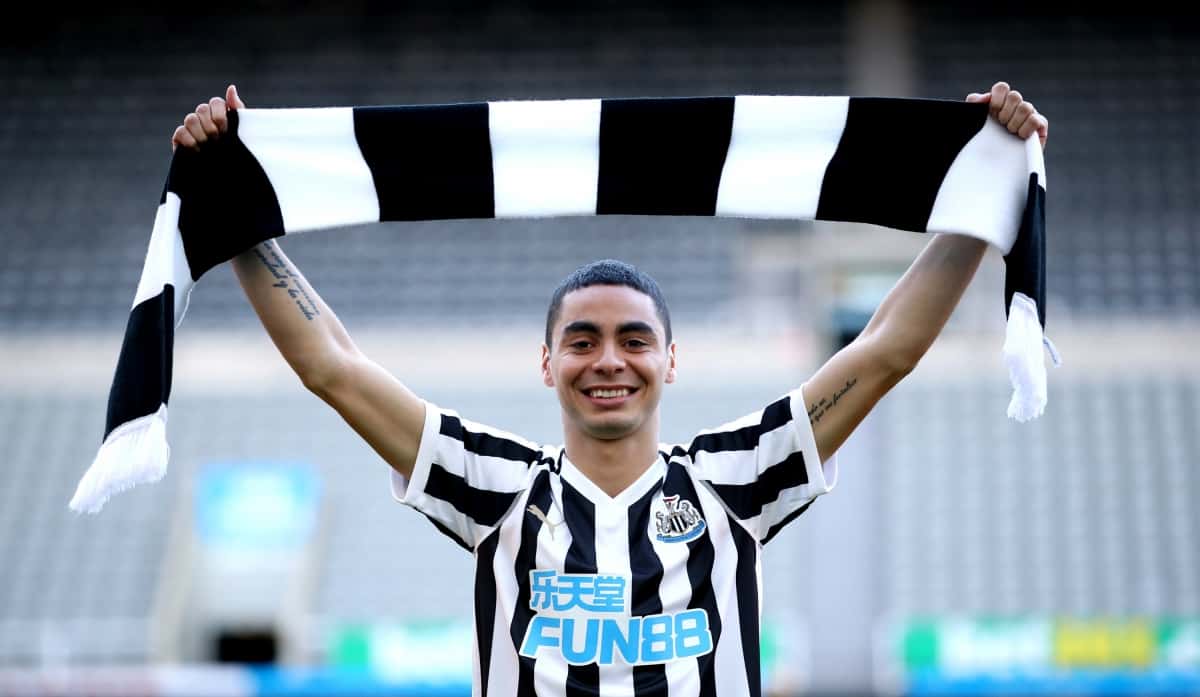 Newcastle have broken their transfer record to sign Brazilian striker Joelinton from Hoffenheim. The reported £40million fee tops the £21million the Magpies paid for Miguel Almiron in January.

Here, is a look at Newcastle’s most expensive players.

The 22-year-old has agreed a six-year deal at St James’ Park after scoring 11 goals in 35 appearances for Hoffenheim last season and is new manager Steve Bruce’s first signing. Joelinton has been capped at under-17 level by Brazil and has been in Germany since 2015, as well as making an impression on loan at Rapid Vienna.

The 25-year-old attacking midfielder joined Rafael Benitez’s side in January, but his introduction to the side was hampered by injury and the Paraguay international made just 10 appearances before the end of his first season. Almiron will hope to hit the ground running in his first full campaign at St James’ Park.

Newcastle pulled off a coup to land the England striker despite interest from his former club Liverpool, whom he had left the previous year. Owen scored only 26 league goals for the club during an injury-plagued four-year spell.

Shearer was already a Premier League and international star when he fulfilled his boyhood dream by joining hometown Newcastle in a then club record deal. He went on to score a club record 206 goals in 405 appearances.

The Dutch midfielder made a positive impression in his only season at St James’ Park, playing in all 38 Premier League games and scoring 11 goals before Liverpool snapped him up for £25million.

Newcastle landed the talented Serbia striker on a five-year deal but he impressed only in flashes and struggled to hold down a regular place before joining Fulham on loan in January 2018. That move was later made permanent.

The French winger came highly rated but he proved a big flop for Steve McClaren, with his brief spell at Newcastle best remembered for the games he arrived at wearing a tuxedo. Has flourished since returning to Marseille, initially on loan, after just six months on Tyneside.

“I know it (the number 9 shirt) is a huge responsibility, the great Alan Shearer” – Joelinton on Newcastle United move – click here