"Group B getting geopolitical with it. Winner gets to keep the nukes." 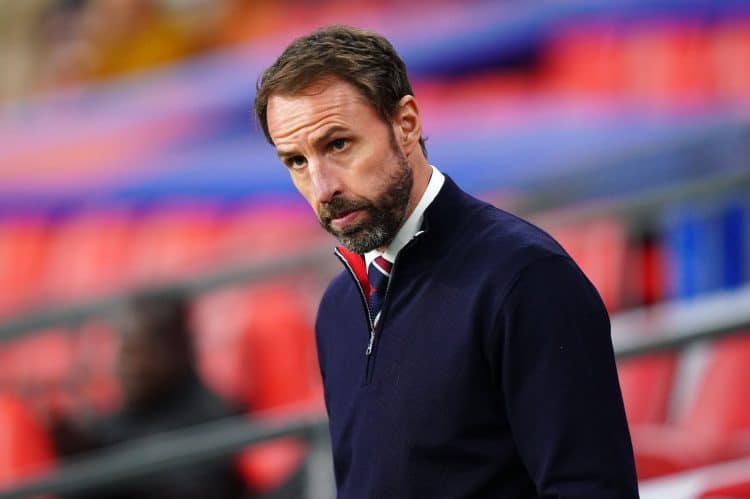 The Three Lions have been placed in Group B, where they face an emotionally-charged final match whoever they come up against – Wales, Scotland or war-torn Ukraine.

They take on Iran on the opening day of the finals at 1pm GMT on November 21, in what will be a first senior international meeting between the countries. They will then aim to beat the United States in a World Cup finals match at the third attempt, after a shock defeat in 1950 and a draw at the 2010 finals in South Africa.

Southgate said: “The advantage of being in pot one based on our seeding is that most of the draws we’ve had … you avoid the biggest teams.

“There’s obviously then some tricky ties and this is one of those groups where you’re looking and thinking ‘some of these are potentially trickier than just the rankings’. That’s always a danger.

“It’s intriguing isn’t it, because we’ve never played Iran. And then the States … I’ve met (US coach) Gregg (Berhalter) a lot recently, so we’ve had some good chats and he’s got them vastly improved.

“The third game is going to be a highly emotional game whoever it is. We all know where our thoughts are with Ukraine and we have to see whether they are even able to play or not.

“And of course if it’s one of the British teams, we’ve been through that in tournaments recently. So they become unique games, really. Form is totally out of the window.”

Given the complicated geopolitical history between US, England and Iran, the internet was awash with memes and reactions. Throw in the potential of Ukraine and you can see why it has got people talking.

We have compiled the best here:

Related: England odds slashed as they get drawn into ‘geo-politically’ charged group for 2022 World Cup