The actor said he had ‘betrayed the trust’ of the organisation in a statement. 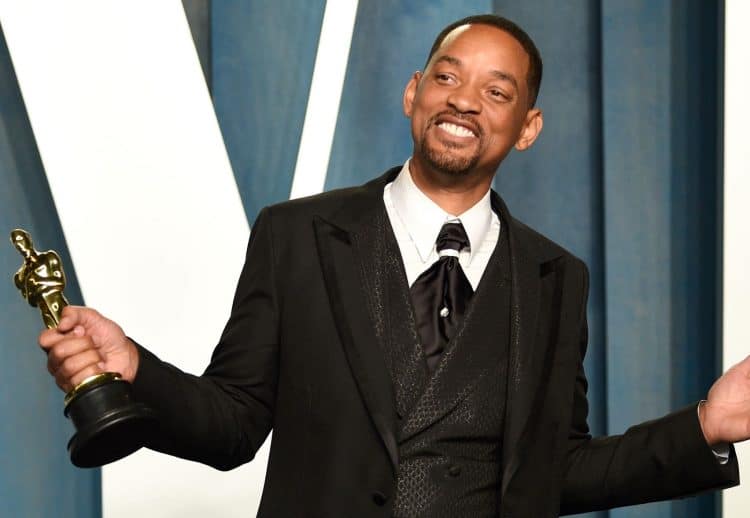 Will Smith said he had “betrayed the trust of the Academy” as he resigned from the organisation, following his “shocking, painful, and inexcusable” actions at the Oscars.

The actor, 53, said he was “heartbroken” and would accept any consequences that emerged from his scheduled disciplinary hearing, in a statement announcing his decision.

It comes less than a week on from the ceremony, during which Smith took to the stage and slapped Chris Rock after the comedian made a joke about his wife Jada Pinkett Smith’s shaved head.

Moments later he was awarded the Oscar for best actor for his performance in King Richard and gave a tearful acceptance speech about the importance of protecting family.

The Academy said it had received his resignation and would push forward with disciplinary proceedings against him, the details of which are to be discussed at a board meeting on April 18.

On Friday, Smith apologised again to his fellow nominees and winners for having “deprived” them of the opportunity to celebrate their achievements on the night.

“I have directly responded to the Academy’s disciplinary hearing notice, and I will fully accept any and all consequences for my conduct,” he said in a statement.

“My actions at the 94th Academy Awards presentation were shocking, painful, and inexcusable.

“The list of those I have hurt is long and includes Chris, his family, many of my dear friends and loved ones, all those in attendance, and global audiences at home. I betrayed the trust of the Academy.

“I deprived other nominees and winners of their opportunity to celebrate and be celebrated for their extraordinary work. I am heartbroken.

“I want to put the focus back on those who deserve attention for their achievements and allow the Academy to get back to the incredible work it does to support creativity and artistry in film.

“So, I am resigning from membership in the Academy of Motion Picture Arts and Sciences, and will accept any further consequences the Board deems appropriate.”

He added: “Change takes time and I am committed to doing the work to ensure that I never again allow violence to overtake reason.”

A subsequent statement from Academy president David Rubin said: “We have received and accepted Mr Will Smith’s immediate resignation from the Academy of Motion Picture Arts and Sciences.

“We will continue to move forward with our disciplinary proceedings against Mr Smith for violations of the Academy’s Standards of Conduct, in advance of our next scheduled board meeting on April 18.”

At the meeting Academy board members will discuss what disciplinary measures will be taken.

Prior to his resignation, Hollywood trade outlet Variety reported that Smith met leaders of the Academy on Tuesday to discuss his outburst and apologised to Rubin and chief executive Dawn Hudson.

Showrunner Will Packer also told Good Morning America that the actor had called him the morning after the ceremony to apologise for the incident.

Packer also said he initially thought the incident was something Rock and Smith had planned together.

He said: “I thought this was part of something that Chris and Will were doing on their own, I thought it was a bit… like everybody else, I knew we hadn’t practised it.

“Once I saw Will yelling at the stage with such vitriol my heart dropped and I just remember thinking ‘Oh no, not like this’.”

He also revealed that following the incident the Los Angeles Police Department (LAPD) had been “prepared” to arrest Smith, telling Rock he had been the victim of “battery”.

The comedian had been “very dismissive” of the options given to him by LAPD officers and had “not wanted to make a bad situation worse,” Packer told the US show.

He said: “Shayla (Cowan, co-producer) told me that they were about to physically remove Will Smith and I had not been a part of those conversations.

“So I immediately went to the Academy leadership that was on site and I said, ‘Chris Rock doesn’t want that’.

“So, I was advocating what Rock wanted at that time, which was not to physically remove Will Smith at that time. Because, as it had now been explained to me, that was the only option at that point.

“It has been explained to me that there was a conversation that I was not a part of, to ask him to voluntarily leave.”

Smith publicly apologised to Rock online after the incident, saying “violence in all its forms is poisonous and destructive”, and Pinkett Smith called for a “season of healing”.