"The central armrest deters people lying down while assisting those with poorer mobility to stand up.” 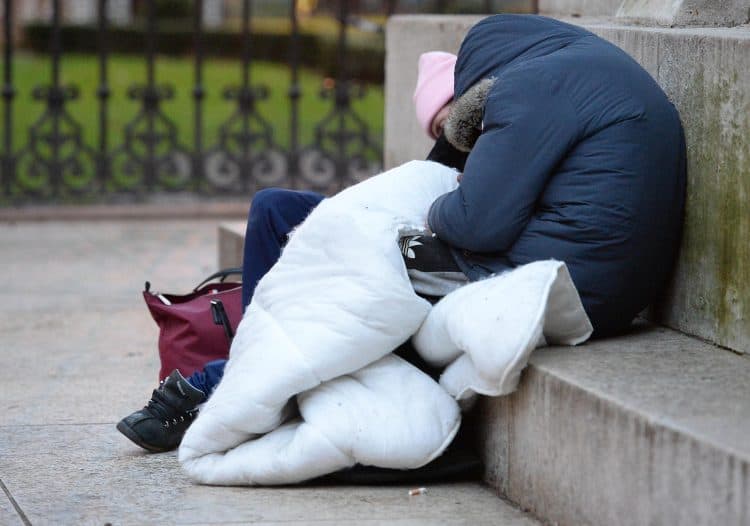 Residents have savaged a park bench for its “hostile architecture” – after claiming it was designed to prevent people from lying down on it.

The playground bench, in Bolton, Grtr Manchester, has drawn scorn from residents, who believe it may have been created to deliberately deter rough sleeping.

The black and yellow seat is constructed from a set of round metal bars – and has two
two circular armrests that seemingly prevent people from lying flat on it.

One resident, Eolake, 59, who didn’t want to give his surname, said he had found the seat “very uncomfortable”.

But he also shared his concerns that it was intended to stop the town’s homeless population from using it as a make-shift bed during the evenings.

He said: “I discussed with my friends about the bench, they mentioned ‘hostile architecture’, which aims to prevent people from sleeping in public places.”

Critics suggest that “hostile architecture” forms part of many town planning strategies, where designers try to deliberately guide or control a community’s behaviour.

Other examples include putting metal spikes on window sills or placing concrete bollards in open porches.

But the playground, which is run by Bolton Council, responded to the claims by saying it had conformed to strict health and safety guidelines.

A spokesperson said: “Benches in play areas have to comply with strict safety guidance and the design is in keeping with play equipment i.e. rounded frame, not angular corners and bright colours.

“The central armrest deters people lying down while assisting those with poorer mobility to stand up.”

The local authority also stressed it had measures in place to help those who are homeless.

But this isn’t the first-time benches have raised eyebrows in Bolton.

In March last year, a First World War memorial seat was highlighted as a “potential head trap for small children”.

Independent councillor Sean Hornby said at the time he was “flabbergasted” and that it was “bureaucracy and red tape gone mad”.