"Excellent news. The right man at the right time. He’s been superb," said one person to the news Howe's contract has been extended. 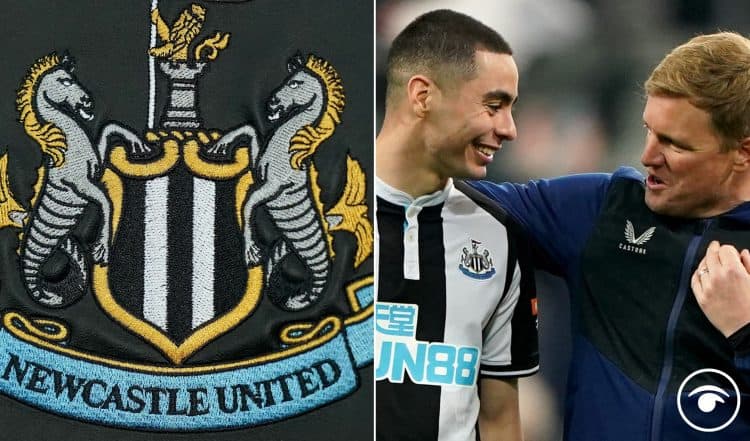 Newcastle have given Eddie Howe a long-term contract less than a year after handing him the task of keeping the relegation-threatened club in the Premier League.

The 44-year-old former Bournemouth manager, who was appointed head coach at St James’ Park in November on a deal running until 2024, has been rewarded for his early success on the eve of the new campaign.

Howe said: “It’s a great feeling to commit my future to this incredible club. I’m extremely proud to be the head coach of Newcastle United and have enjoyed every moment here.

“I’d like to take the opportunity to acknowledge my coaching team, the players, staff and supporters. They make it a very special place to be every day.

“I’d also like to extend my gratitude to our owners and to (sporting director) Dan Ashworth. We are still at the start of our journey, but this is an exciting time to be a part of Newcastle United and I’m very excited about the future together.”

West Ham United star Michail Antonio says he’ll be looking up in the Premier League table this season – and joked Callum Wilson will be looking down.

“Tottenham always gets close but they don’t finish it at the end.”

Wilson then saisd… “a bit like West Ham last season!” after David Moyes’ men failed to get into the top 6.

He wants a new striker in and relishes the challenge.

“It pushes you,” the Newcastle number nine told the Footballer’s Football Podcast. “It depends what kind of player and professional you are and what kind of person you are mentally. For me, it takes me to another level.

“I was injured last year unfortunately for spells and we brought Chris Wood in. He did a fantastic job for us from January until I was fit.

“Throughout my rehab, when I’m getting closer to fitness, that’s what’s also driving you as a striker. You want to get your position back.

“We’re both at the club now. We’re both competing, we’re both working hard, we’re both also friends as well. We’re the same striking department and we need to add to that as a club. You want to keep evolving and we will add to that.