"The Grealish incident seems to have fuelled the fire for Miggy." 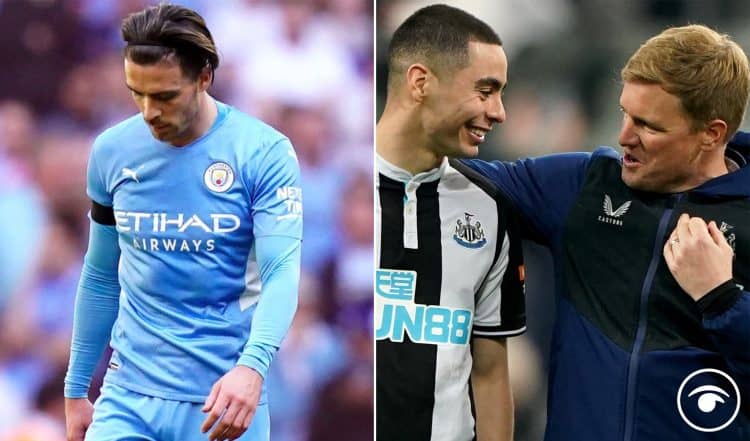 Liverpool new boy Darwin Nunez struck first blood in the battle of the summer super-signings with an encouraging 30-minute cameo which was capped with the final goal in a 3-1 win over Manchester City in the Community Shield.

City, last season’s Premier League champions, and Liverpool, the FA and Carabao Cup winners, both paraded their big-money acquisitions at Leicester’s King Power Stadium in Leicester but it was the Uruguay international who upstaged City’s Erling Haaland.

Nunez came off the bench in the 59th minute with the score at 1-1 and his aerial presence won the late penalty from which Mohamed Salah put Liverpool in front for a second time.

One player who underperformed, again, was Jack Grealish.

Newcastle United fans will not forget his comment comparing a poor Mahrez performance to Newcastle’s Almiron.

Well Almiron has had a fantastic pre-season.

It comes as Newcastle concluded their pre-season programme with a second home success within 24 hours, witnessed by another 40,000+ attendance.

46,856 fans saw a completely different starting side to that which had defeated Italian opposition Atlanta on Friday 1-0, as they beat Atletico Bilbao 2-1.

But it was this story that Newcastle fans are loving:

“Two sets of fans stand and ask for Miguel Almiron’s shirt at full-time. He opts to give it to the lads holding a sign which reads: “Miggy is class, Grealish is Shite.” Fair play #NUFC“