Is it time to end the season, as what makes football special has gone for Newcastle fans? 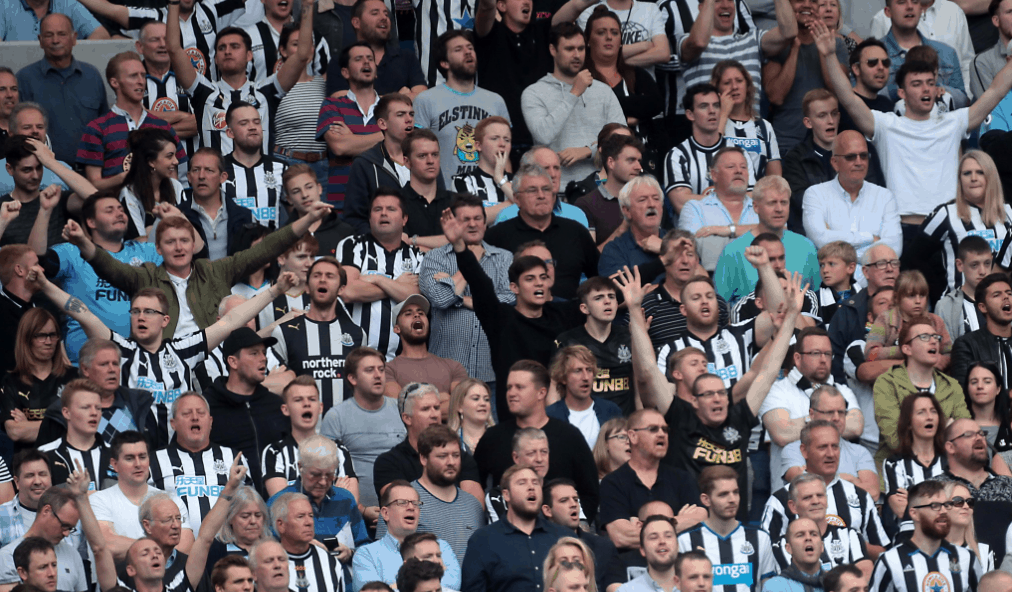 If Newcastle United win away from home but there are no Toon fans there, did they really win?

When Andy Carroll puts himself back to together, like a Geordie Robocop, and scores a hat trick (I know people say Geordies are delusional, this is more lockdown lunacy) does he run to an empty away end at Vicarage Road arms aloft, lustrous locks swinging in the breeze?

And will he get booked if he takes his mask off?

What is Newcastle United if it isn’t thousands of Geordies getting up in the early hours, boarding coaches – and drinking their government weekly recommended alcohol intake by the time they pass Scotch Corner.

The lads and lasses – to the ignorant, there are tons of female Newcastle fans, it’s just that (not many) of them take their tops off in the stadium, so the cameras don’t bother with them – full of drink and other livelier substances singing in unison, is what makes the day out special.

A Newcastle away day is also a great leveller. Yes, there are middle class Geordies. If working class fans are people who live in social housing and have a manual job (that’s not a discussion I’m getting into to here), then the squad I attend the matches are certainly not.

But when the Toon Army congregate in the away end, we are one. There are always some casualties. A friend of mine was travelling from Newcastle as the fans came down to watch us play Spurs. A supporter was so drunk that, when he got to King’s Cross he just stayed on the train and went straight back up to the North East. Next time pal, next time.

Us group of lads who tend to make it to the match have got into some scrapes along the way.

A quartet of us getting mugged five times in Amsterdam when we were playing AZ Alkmaar in the Europa League (glory days) and a trip to Norwich that go so out of hand someone got a taxi home, one fell asleep in a Morrison’s car park, one got barred from every pub in town and one (OK, guilty) got a bit lippy with some (to be fair) lovely, if a bit nondescript, Canary fans. That was about a third of what happened that heady day. It was like Nam some of us never made is back mentally.

Our fans go for camaraderie. The chance of us bagging goal, a corner or even forging an attacking move is slim, and we know it.

I have never met any group of people who take the piss out of themselves and their mates so remorselessly. That attitude sums up what I miss most about the season.

Take West Brom away in the FA Cup. Yes, it was a fantastic result. But what made it so special was the sight of thousands of Geordies throwing plastic willies around the away end, in response to the lad who got his old chap out in the previous round and was picked up on the BBC.

No denying it was an odd thing to do. However, the outcry from people who don’t like football, didn’t watch the game, don’t go to game and would never be in the Newcastle away end was essentially redundant. Move on to the next Twitter storm.

Football is defined by its supporters, and the supporters are Newcastle United.

We were going to finish mid-table, so let’s just void this season and win the next one…Ok maybe we are delusional.

As for the takeover by, basically, Saudi Arabia, that is for next time.

Related – Could Liverpool win the Premier League on penalty shootouts?