Farage said it's 'terrible' so many migrants work in NHS during an election debate in December. 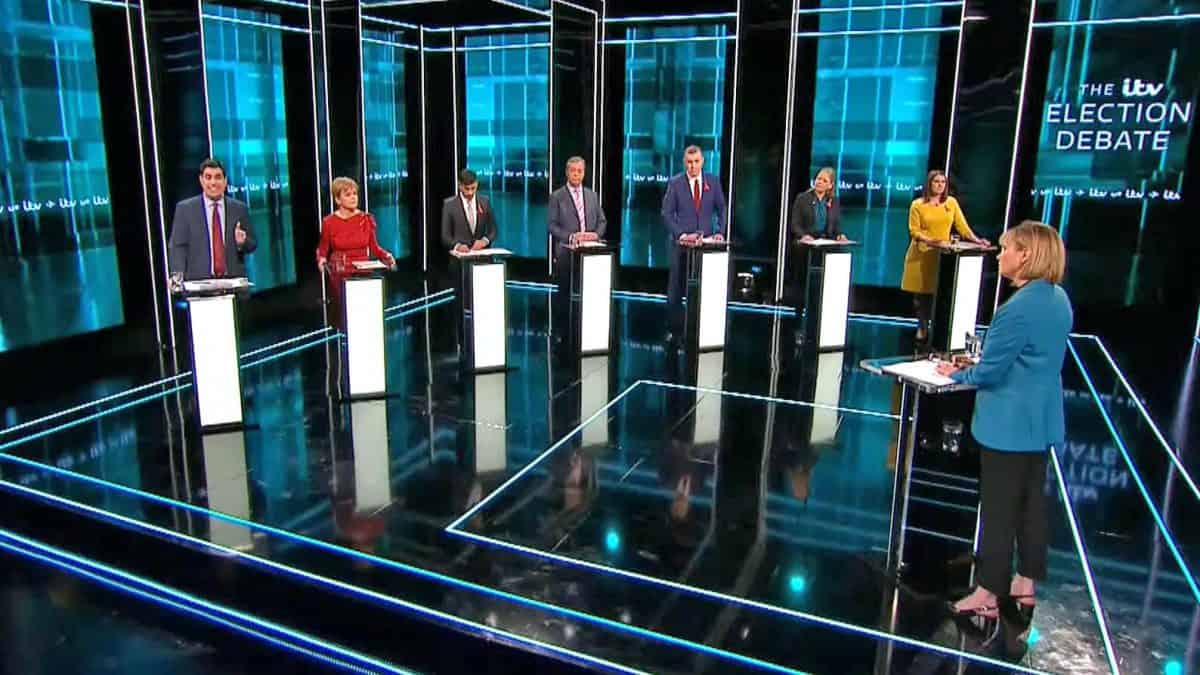 Nigel Farage has been reminded of comments he made during the run-up to the 2019 election after he was spotted clapping for carers last night.

The Brexit Party leader posted a video of himself stood on the street with a pan and ladle as he joined in the weekly round of applause.

But people were quick to remind him of comments he made just a few months ago about migrants who work in the NHS.

You’ve spent your whole career bashing and stoking xenophobia against the people who you’re bashing your shit pan for now. Get back inside, heat up your tin of beans for one and never pretend to support the NHS again. And stop using metal forks in your pan you freak.

Appearing on the ITV election debate, he hit back after Green Party Sian Berry celebrated the contribution that migrants have made to the health service.

She said: “The NHS is staffed by people from around the world.

“You’re far more likely to find a (immigrant) doctor treating you in the NHS, than you are to find an immigrant ahead of you in the queue.

“That is one of the worst myths that we’ve had to fight over the years as you’ve peddled that.”

But Nigel Farage hit back saying: “Isn’t that terrible? Why aren’t we training our own people?”

It comes just days after he was spotted filming a political video at Pett Level Beach in East Sussex in a blatant flout of strict lockdown rules.