Liverpool are home to Red Bull Salzburg at Anfield as the Champions League returns to Anfield for the first time since the memorable 4-0 semi-final victory over Barcelona. But can they stay in the Carabao Cup? 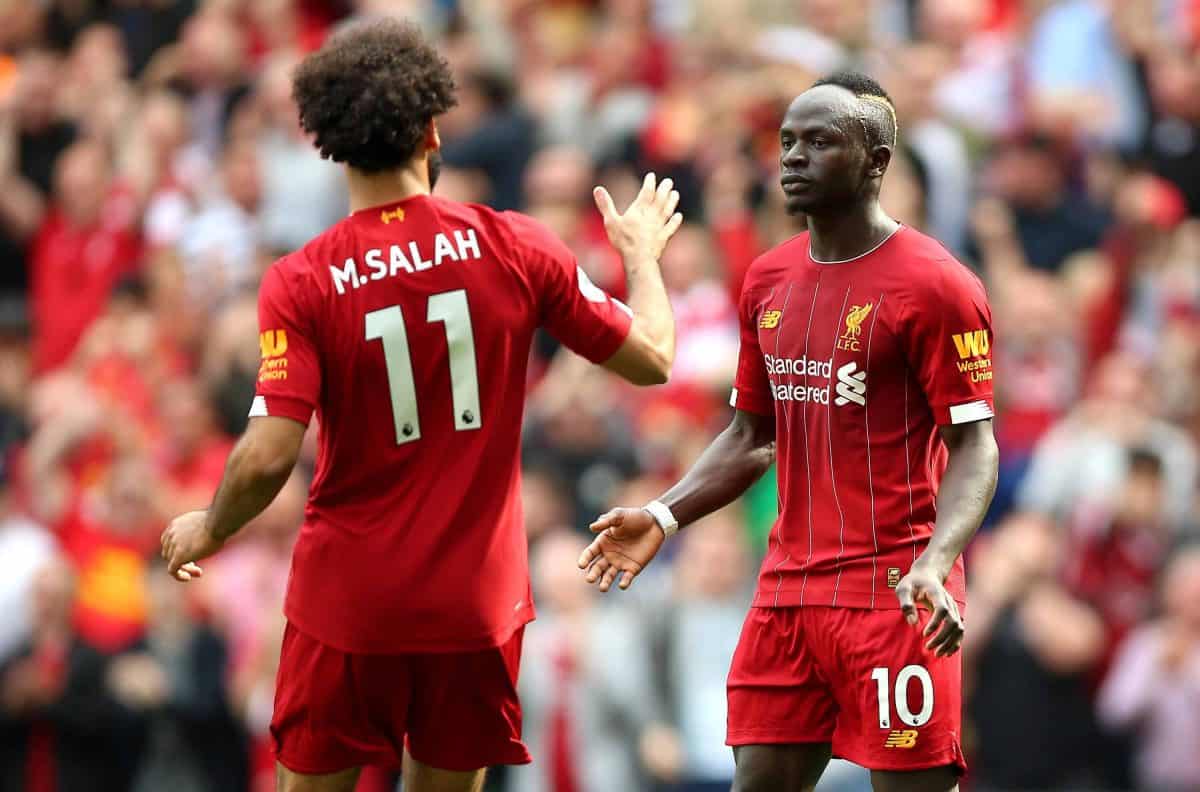 Sadio Mane and Mohamed Salah have settled their on-field differences and are ready to get Liverpool’s Champions League campaign up and running.

Klopp revealed that both Joel Matip and Xherdan Shaqiri have been ruled out of the Champions League game with Salzburg.

Matip picked up a knock at Sheffield United last weekend, and will be rested. “Both not available,” the manager explained.

“I don’t know how it looks in the moment with Joel. It is not a big one but it is big enough. We don’t want to take any risks, and we don’t have to. I don’t know for the weekend.”

Mane showed a rare display of emotion when he was substituted at Burnley last month, furious that his team-mate had not passed to him when he was in a better position.

It led to suggestions that all was not harmonious between the pair, but Mane dismissed that when asked how his relationship was with the Egypt international.

“Good question. I think things can happen in football,” he said.

“I felt a little bit frustrated because it is football and you want to score more goals – you can see Man City score eight, six, seven.

“For the team, it was really important for us to score as many goals as possible.

“It can happen, he didn’t see me and I was frustrated. We are really good friends.”

In order to highlight the issue was now over, Mane said he was cracking jokes about it in the dressing room on Monday.

“(On Monday) I said, ‘Gini (Wijnaldum), tell Mo why Sadio wanted to beat you in the Burnley game’,” the forward added. “It is forgotten, all behind us.”

They might be in the Champions League but there are some serious issues regarding Liverpool in the Carabao Cup.

Manager Jurgen Klopp does not believe the club made a mistake in relation to the paperwork for their Carabao Cup tie at MK Dons which is now under investigation by the EFL.

The issue surrounds midfielder Pedro Chirivella, who came off the bench in the 63rd minute of the 2-0 victory, and the absence of an international transfer certificate – required after the 22-year-old returned from a loan spell with Spanish club Extremadura last season.

Liverpool requested the paperwork in July but the process can only be completed with the Football Association’s intervention and that, the PA news agency understands, is where the club believe the error has been made.

“I cannot say too much about it. Other people are working on it,” said Klopp.

“What I can say if it was our fault alone then probably we need to get punished.

“It didn’t happen on purpose but my only real concern is the player. He had already a problem, Pedro, that he could not play half a year in Spain and if he were not allowed to play now until it is sorted that would be the biggest problem.

“How it is in life, we make a mistake – I am not sure we really made a mistake – but if then it is like this but the player should not be punished for that.”

EFL rules give it “full powers” to investigate, which could mean anything from a reprimand to expulsion from the competition, although the latter appears unlikely.

Liverpool v Salzburg will kick off at 8:00pm on Wednesday 2nd October 2019.