Amber Guyger shot Botham Jean in his own apartment in Dallas. 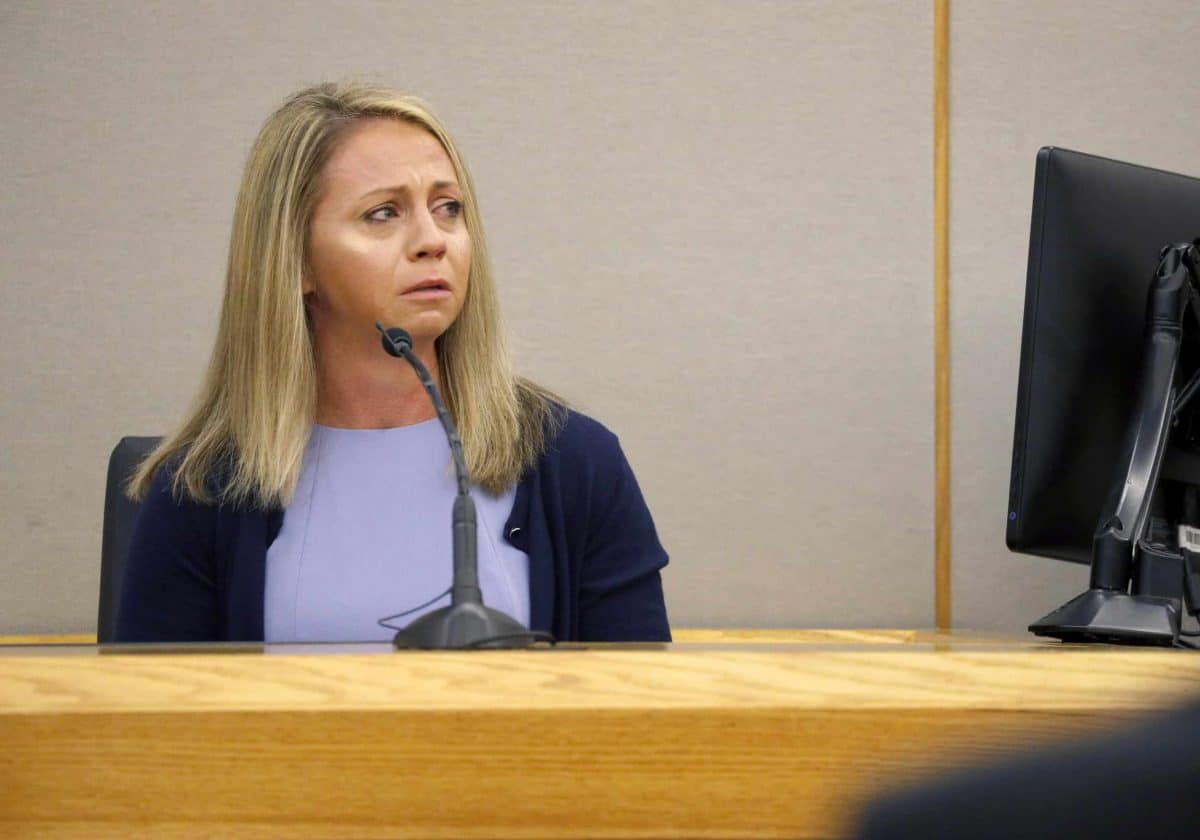 A white former police officer who said she fatally shot her unarmed black neighbour after mistaking his apartment for her own has been found guilty of murder.

A jury reached the verdict in Amber Guyger’s high-profile trial for the killing of Botham Jean in Dallas, after six days of witness evidence but just a handful of hours of deliberation.

Cheers erupted in the courthouse as the verdict was announced, and someone yelled: “Thank you, Jesus!”

In Texas, the sentence for murder is from five to 99 years in prison. The jury is expected to return on Tuesday afternoon for the punishment phase.

The basic facts of the unusual shooting were not in dispute throughout the trial. In September 2018, Guyger walked up to Mr Jean’s apartment — which was on the fourth floor, directly above hers on the third — and found the door unlocked.

She was off duty but still dressed in her police uniform after a long shift, when she shot Mr Jean with her service weapon. The 26-year-old accountant had been eating a bowl of ice cream before she entered his home.

Mr Jean, who grew up on the Caribbean island nation of St Lucia, came to the US for college and to start a his career as an accountant.

His shooting drew widespread attention because of the strange circumstances and because it was one in a string of shootings of unarmed black men by white police officers.

Guyger was arrested three days after the killing. She was later fired and charged with murder, but only spoke publicly about the shooting after taking the witness stand on Friday.

Tension has been high during the trial in Dallas, the same city where an attack three years ago killed five police officers.

The 31-year-old tearfully apologised for killing Mr Jean and told jurors she feared for her life after finding the door to what she though was her apartment unlocked.

She said Mr Jean came towards her at a fast walk when she entered with her gun out, but prosecutors have suggested he was just rising from a couch towards the back of the room when the officer shot him.

In a frantic 911 call played repeatedly during the trial, Guyger said “I thought it was my apartment” nearly 20 times.

Her lawyers argued that the identical layout of the apartment complex from floor to floor frequently led to tenants going to the wrong apartments.

Prosecutors questioned how Guyger could have missed numerous signs that she was in the wrong place, and suggested she was distracted by sexually explicit phone messages with her police partner.

They also asked why she did not radio for help when she thought there was a break-in at her home.

Guyger said that going through the doorway with her pistol drawn “was the only option that went through my head”.