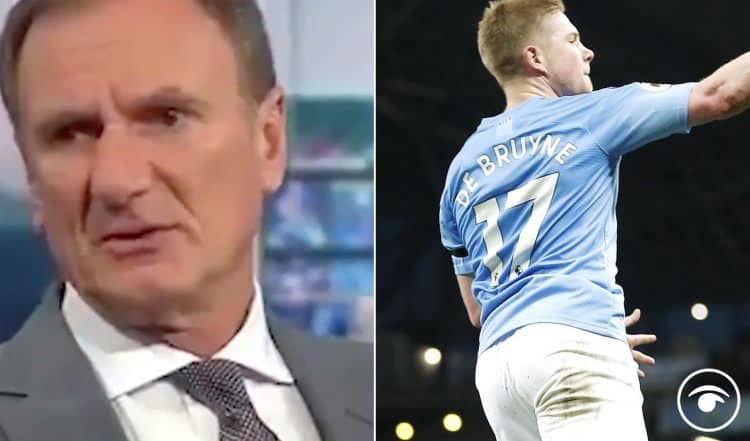 De Bruyne joined from German outfit Wolfsburg, and the reported £55m fee was the then-second highest paid by a British club after Manchester United’s £59.7m signing of Angel Di Maria the previous summer.

The Belgium international had previously spent an unhappy two-year spell in England at Chelsea between 2012 and 2014.

He hasn’t done too bad!

De Bruyne has gone on to become one of the world’s best players at the Etihad Stadium.

He has made over 300 appearances for City, scoring 87 goals and ranking eighth all-time for Premier League assists with 89, while filling up his trophy cabinet at regular intervals.

He was named the PFA Player of the Year in 2020 and 2021 and the best Champions League midfielder in 2020 in becoming a cornerstone of Pep Guardiola’s City side.

But when his move to Manchester City was happening Phil Thompson and Paul Merson tore him to shreds on Sky Sports.

Merson even said he thought the transfer fee was Lira!

“The world is going mad.”

They both agreed he wasn’t much of a player…

Related: ‘He’s one of the most incredible, intelligent players. He should be so proud.’ Manchester City boss on star man