It comes as a British wine wholesaler ‘left Brexitland for good’ over paperwork, and is flourishing by all accounts. 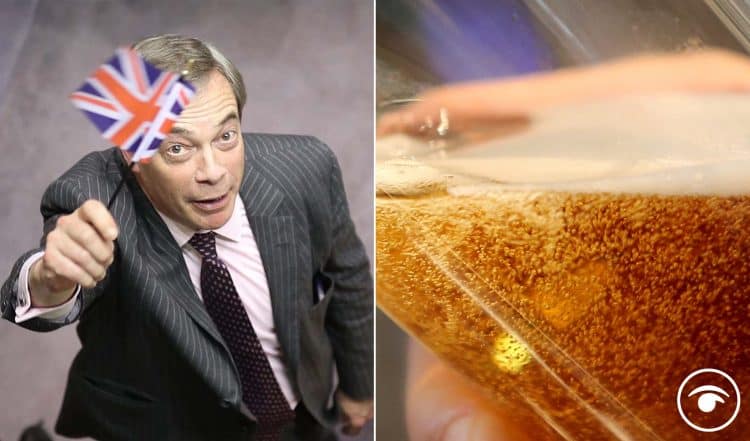 A brewery in Kent says it has seen a 95 per cent drop in export sales since the UK left the EU, reports the BBC.

It comes as a British wine wholesaler who last year criticised Brexit as the biggest threat to his business in 30 years decided to leave the UK after post-Brexit paperwork made a £150,000 hole in revenue.

“I am doing what the government was suggesting, which is to have a company here and in Europe to mitigate the impact of Brexit,” he said. “What I’m doing will enable me to import and export into and out of the EU within the company itself, so that we mitigate all of the cost of importing into the UK.”

At the time he tweeted he was finally leaving “Brexitland for good.”

It’s going quite well by the looks of it!

Back in the UK and Brexit reality, Virginia Hodge, export manager at the Old Dairy Brewery, said: “They say that Brexit has been done.

“It may have been done, but there’s no solutions to these scenarios,” she said.

“There’s no solutions to these critical barriers for us to export our beer.”

Minister for exports Andrew Griffiths said: “We know businesses have had to get to grips with new rules post-Brexit.

“Through our Export Support Service and Export Academy, we are helping more businesses across the country seize new opportunities in the world’s fastest growing markets, and our export strategy is giving businesses the tools they need to become a nation of exporters and reap the benefits of our free trade deals.”

In further bad news for the pub sector, thousands of pubs face closure without urgent government support to soften the blow from soaring energy bills, as the sector still battling to recover from the Covid pandemic.

The bosses of companies owning almost half of the UK’s 47,000 pubs said tenants were already giving notice because they could not cope with energy bills.

Related: Lord Sugar asks how we could reverse Brexit and does this thread response nail it?