Young star given support by team through tough time. 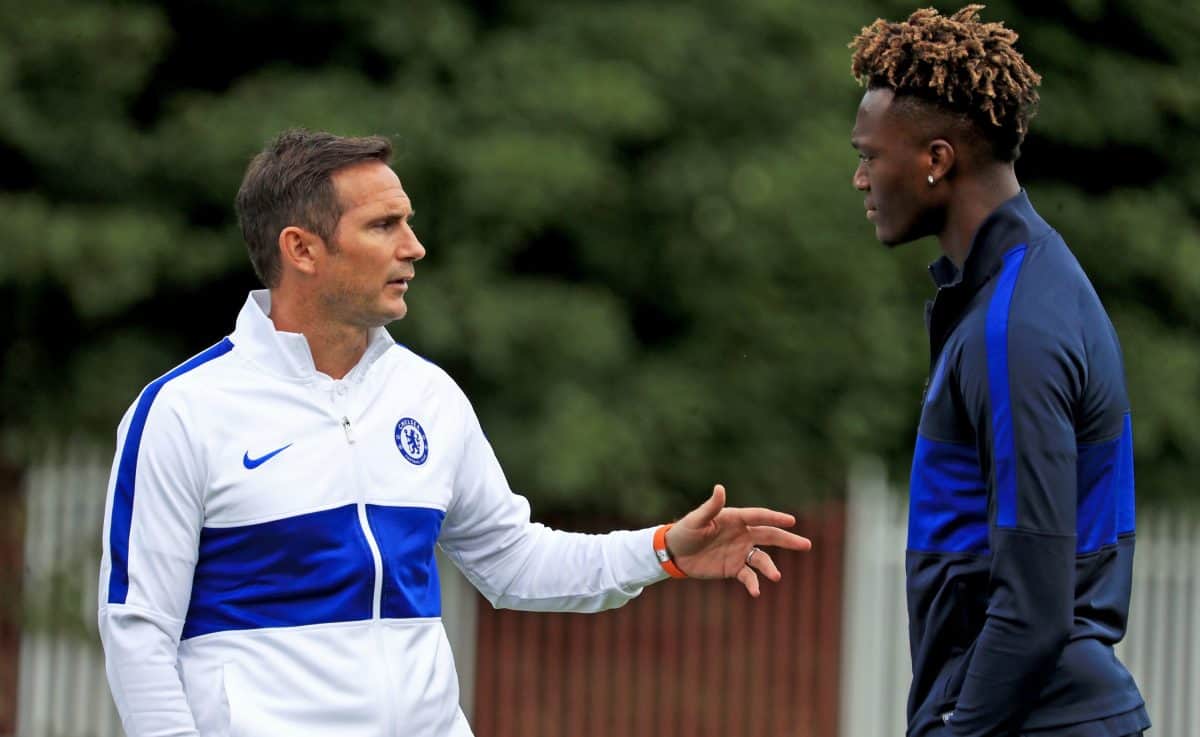 Tammy Abraham has had a very tough time lately and his manager and team mates have been there for him. He is most shaken up by his mother’s reaction to the on-line abuse he suffered.

Chelsea striker Tammy Abraham has revealed his mother was reduced to tears by the racist abuse he received in the wake of the UEFA Super Cup final.

At the time manager Lampard also spoke out about the incident and said he was left “disgusted” by one particular post. The Chelsea legend said: “I am particularly disgusted by the (one) so-called Chelsea fan.

“To see the different ends of the spectrum of the evening: Tammy Abraham asked me to take the fifth penalty because he wanted to take it, wanted to stand up and be brave on a big night when the world is watching.

“At the same time, within moments or hours afterwards, somebody sitting behind a keyboard or a phone has said the most disgusting things possible.

“I don’t know how these platforms are allowed that you can do it. It is too easy to be done. Something needs to be done as well as people changing their mindsets completely.

“That might not be easy with everybody but I am so angry for Tammy, angry for us as a club because that’s not what we are about.

“The club does a lot of work against discrimination of all levels and it is a setback when these things happen.”

Abraham missed the decisive kick in a penalty shootout which handed Liverpool glory in Istanbul last month and the 21-year-old was subjected to vile abuse on social media.

“I remember speaking to my mum, she was emotional, she was in tears,” Abraham said in an interview with CNN.

“She was just thinking, ‘Why him’. It’s obviously not nice, seeing your son getting abused.

“For me, I am a strong character, it doesn’t affect me as much, but it could affect people who don’t have my personality.”

Abraham was left devastated by the penalty miss, which cost his side a trophy, but it did not take long for it to get much worse.

“I was sat in the changing room straight after the game and went on my phone,” he added.

“I wasn’t going to shy away from the situation, although saying that I did have some supportive messages. The other side is not nice to hear. The first time I heard I was sat in the dressing room.

“I went through a lot of emotion I would say after the penalty miss.

“I had experience of taking penalties last season, big ones as well. Everyone misses penalties. To miss the penalty I was devastated and I had a lot of abuse after.

“(Manager) Frank Lampard always had his arm around my shoulder lifting me up, the boys as well, it was like I never missed with the way they supported me and lifted me up and that is exactly what I needed.”