Andrew Ballantyne, 41, has had responses from a whopping 68 teams - but will not rest until he has been rejected by all 92 football league clubs 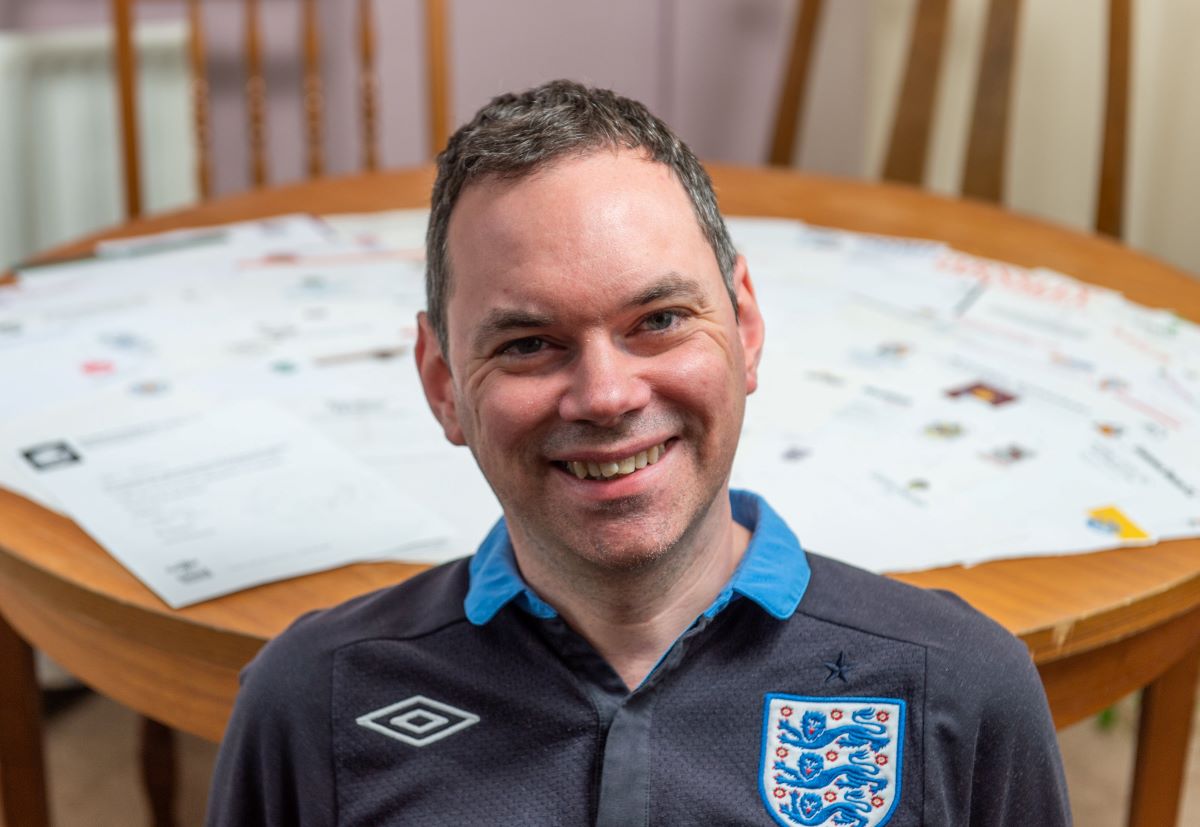 A football fan who has unsuccessfully applied for management jobs at more than 60 top clubs intends to apply for more – to add to his collection of rejection letters.

Andrew Ballantyne, 41, has had responses from a whopping 68 teams, but will not rest until he has been rejected by all 92 football league clubs.

He has spent the last 20 years applying for managerial vacancies “for a laugh” and proudly keeps his rejection letters as souvenirs from the clubs.

Despite not meeting the criteria for a single football job, Andrew says plenty of clubs have taken the time to write thanking him for his application.

He has even applied for the England national job twice – and the rejection letters from the FA are among his most prized possessions.

He said: “I first applied for the Tottenham job in 1999 for a laugh. To my surprise, they replied.

“I had done well on Fantasy Football, I’d won the league two years running and thought I’d offer my services.

“I aim to get a rejection letter from all 92 league clubs.”

Andrew, from Leeds, West Yorks., lists his exploits on computer game Football Manager on his covering letters to clubs and lays out his suggestions for tactics and potential signings.

He rates his greatest achievement on the game – which allows players to take control of clubs – as managing lowly Bristol City to a Champions League final.

“Clubs don’t have to reply to me but it’s great that they do.

“I enjoy getting the letter in the post, on the official headed paper. I keep them all in a safe envelope.

“Spurs sent me a very short reply, saying ‘thanks for your application’, but some clubs have sent me really nice ones.

“AFC Wimbledon responded saying ‘keep watching Match of the Day, you might be England manager one day’.

“Sven Goran-Eriksson sent me a letter when he was Director of Football at Notts County.

“I always feel excited when I get a letter and I appreciate the time taken to respond.”

Andrew is a season ticket holder for Leeds United and says the two rejection letters he has from his beloved club are his favourites.

He was knocked back by former Leeds United chairmen Peter Ridsdale and Massimo Cellino.

The mortgage and equity release co-ordinator boasts Scottish giants Celtic amongst the teams who have given him the brush off and was pipped to the post of the England job by Kevin Keegan and Gareth Southgate.

He added: “My friends find it quite funny and I like to show them the letters when I get them.

After a brief hiatus from applications, he threw his hat in the ring for the vacancy at Huddersfield Town last week before the club appointed new gaffer Danny Cowley.

And, while the only real life football experience he has is playing in goal for a five-a-side team, he said he would “take the leap” if a club ever offered him a job.

He added: “I have applied at Chelsea, Newcastle and Huddersfield, who haven’t replied. Everyone else has.

“I applied for the Huddersfield job last Tuesday. I normally wait a day a or two when a vacancy arises because sometimes clubs have a manager lined up.