Pochettino has nothing but praise for Pep. 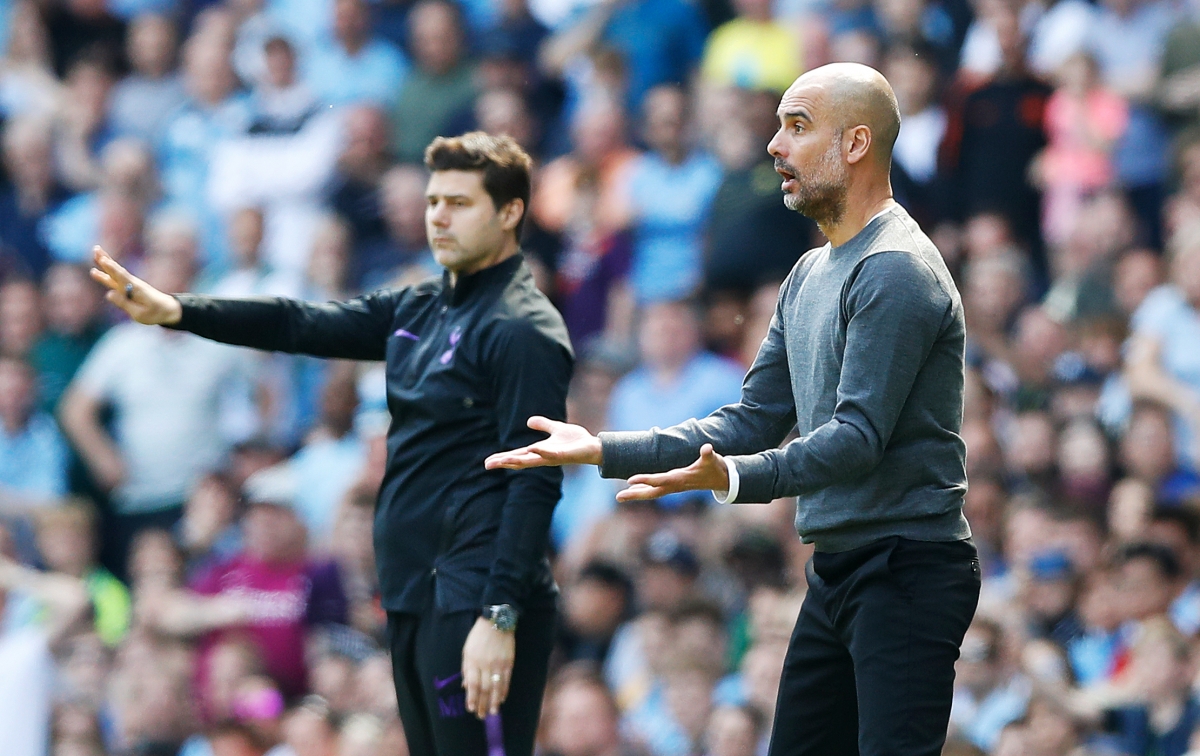 Spurs travel to the Etihad Stadium on Saturday evening, for a huge game so early in the season.

“That means we are in the same race and that’s so important for myself.”

Pochettino was the first manager to beat City boss Pep Guardiola in this country back in 2016 and Spurs were also the last side to inflict defeat on City when they won their Champions League quarter-final first leg in April.

On Friday’s Alan Brazil Sports Breakfast to look ahead to the game, the talkSPORT pundit and ex-City boss, Stuart Pearce said: “I think Tottenham will be expected to do more than to just ‘be patient’.

“They’ll be going there with more than just an expectation of a mid-table team just to shut up shop.

“Listen, they got to the Champions League final last year! So there ‘s no reason why they can’t rival them.

“They are expected to rival Man City and Liverpool this season and improve on what they did last year.

“And they’ve got enough talent – Eriksen is immense – in their ranks to hurt Man City, there’s no doubt about that.”

Historically speaking, City and Spurs are synonymous with finding the back of the net and the two sides have not played out a goalless draw in our previous 17 meetings.

The last stalemate came back an in August 2010, on the opening day of the campaign, when Aleks Kolarov, David Silva and Yaya Toure all made their City debuts.

Pochettino raised eyebrows for the opening game of the season last week when he left Christian Eriksen on the bench and did not include Jan Vertonghen in his matchday squad against Aston Villa.

Deadline day signing Giovani Lo Celso, who has been in the country just over a week, could also be in the squad, though Pochettino has confirmed he will not start.

“We need to assess him,” Pochettino said. “A lot of things have happened in his life now.

“He arrived with no pre-season, of course he is trying to adapt himself, his physical condition, tactically, settle in a new country in a new philosophy and it is not easy.

“I can tell you he won’t be in the starting XI, but if he is going to be involved or not we need to assess today. We need to see how he is and see the balance on the bench.”