Dozens of Isthmian League and Southern League features have been called off at short notice.

by Jon Hatchman
in Football, Sport 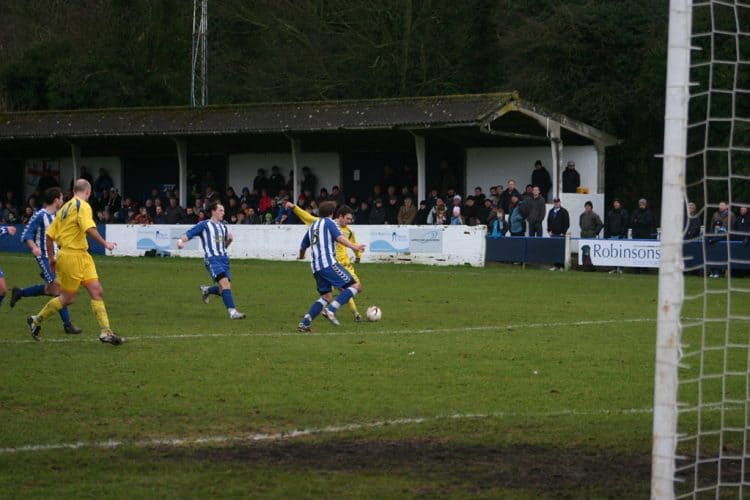 At least 26 non-league football fixtures have been called off as a result of the nation’s current fuel crisis.

Having already caused havoc across the country as petrol stations struggle to keep up with the demand caused by supply chain issues, clubs lower down the football pyramid are the latest to suffer.

Dozens of fixtures for the Isthmian League and Southern League have been called off this week, with plans to reschedule at later dates.

The leagues have responded to the current situation by permitting clubs to postpone fixtures if they have concerns over travel. But while many clubs were quick to postpone, others have responded with frustration due to the short notice.

Leatherhead have cancelled their match against Bognor Regis Town, who had wanted to play their fixture regardless of the away side’s choice to postpone.

Simon Cook, Bognor Regis Town’s general manager, said on the club’s website: “It’s incredibly frustrating because it’s not the longest drive at around an hour and 20 minutes but once the league gave clubs the option to call off games then I suppose we could have predicted that some would do exactly that.

“The ironic thing is that we are still planning to travel to Leatherhead on Thursday for the young Rocks’ FA Youth Cup tie – and currently if we were to pull out of the game we would forfeit the game.”

Elsewhere, Lewes FC was among the first team to cancel its match against Carshalton Athletic FC this week.

In a tweet, Lewes FC wrote: “Owing the national fuel shortage and the difficulty for players, coaches, officials and supporters to attend the game, tomorrow’s fixture against Carshalton AFC has been postponed.

“We will advertise the new fixture date in due course.”

Carshalton Athletic FC said it was “disappointed” by the decision to postpone and urged Lewes to refund tickets “automatically and without delay”.

Even though some journeys are considered minimal risk in mileage, other clubs are still not keen to travel. A clash between Herne Bay and Ramsgate, just 14 miles from one another, has also been postponed until further notice.

A statement from Herne Bay says: “The Isthmian League sent out an opportunity to clubs to postpone their midweek fixtures due to the fuel shortage, and anticipated difficulties getting players, officials and supporters to matches.

“Ramsgate shortly after accepted this option and have asked to postpone our fixture due to travel difficulties.

“This is outside our control.”

A number of games are still scheduled to take place this week, but that could change as more games are expected to fall foul of the current situation.

This news follows the government continuing to insist there’s no shortage of fuel and supply issues at petrol stations have been caused by people panic buying, despite suppliers saying they’re facing distribution issues caused by a lack of HGV drivers.

It comes as the government insisted there was no shortage of fuel and supply issues at petrol stations were only being caused by people panic buying – despite fuel suppliers saying they were facing distribution issues caused by a lack of HGV drivers.

Transport Secretary Grant Shapps has urged people to fill up as they normally would rather than planning ahead as a precaution.

“It’s not like we don’t have fuel in the country. We do need to just ensure people are filling up when they need to fill up, rather than thinking I’d better go and fill up now just in case I need it next week or the week after.”

Environment Secretary George Eustice has also denied HGV driver shortages are the main cause of the problem, rejecting calls for soldiers to be called in to drive petrol tankers.

“The most important thing is that people buy petrol as they normally would,” he told broadcasters. “There isn’t a shortage. There have been some shortages of HGV drivers getting petrol to forecourts but actually that is quite limited.”