"Alan Shearer Has Won The PL. Harry Kane Has Won The Audi Cup," wrote one person who also waded into the debate. 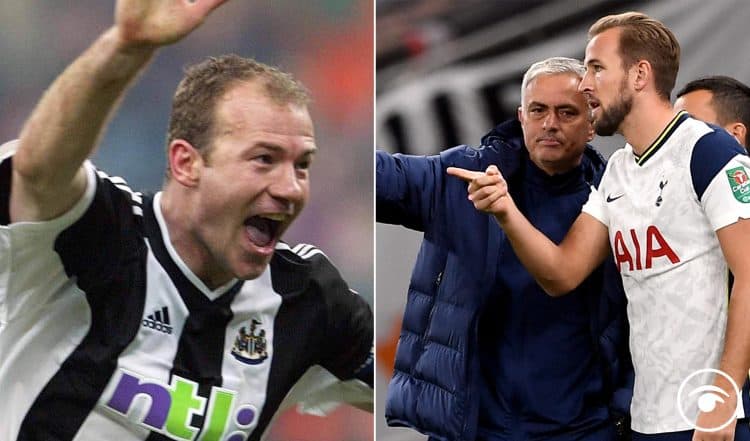 Who is better Alan Shearer or Harry Kane?

The argument rolls on as Harry Kane moved joint third in the Premier League’s all-time highest goalscorers list with a brace for Tottenham at Nottingham Forest on Sunday.

The pair had a good laugh about it to be fair.

Tim Sherwood joked that Shearer jumped out of his seat to celebrate when Kane missed his penalty.

Has anyone noticed this though?

There is no doubt that Kane is a phenomenal centre-forward, Back in February he talked about beating Shearer’s record, saying: ““I think it’s there to be done. Obviously it’s still 90-odd goals to get there, but it’s definitely an aim to try and reach it.

“Obviously I feel like I’ve still got many more years of my career to go and it will be incredible. Shearer was an incredible striker, incredible No 9.

“So even to be close now is great, but for sure it’s definitely something that I want to try and achieve.”

Here are the top scorers in premier league history.

It is worth noting shearer bagged a few in the old first division.

Yes, that’s right football did exist before the premier league.

So who is better, ok maybe he is a bit biased as he played for the Toon, but ex striker Gavin Peacock explained why he thought Big Al is still the main man.

Shearer is the only player to score 100 Premier League goals for two separate clubs, Shearer also won the Golden Boot three years in succession from 1994-95, when he helped fire Rovers to the title, to his debut Magpies season in 1996-97. He had three 30-goal seasons, the only man to break that barrier more than once, and passed 20 on four more occasions.

People liked what Peacock had to say: