Eddie Howe challenged Allan Saint-Maximin to 'bring it' every week after the Frenchman's menacing display for Newcastle against champions Man City last week. 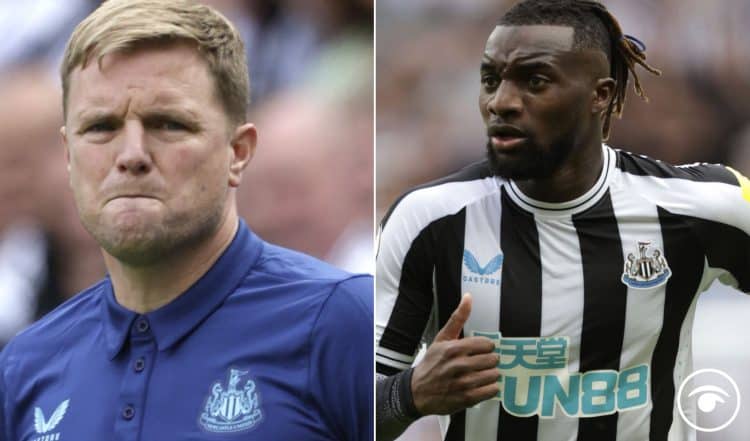 Newcastle United maintained their unbeaten start to the season with a tough battle against Wolves that ended 1-1, after Allan Saint-Maximin scored a goal of the season contender, even at the early stages of this season’s competition.

Eddie Howe challenged Allan Saint-Maximin to ‘bring it’ every week after the Frenchman’s menacing display for Newcastle against champions Man City last week.

It wasn’t his best game, but the goal more than made up for it.

His goal was pure class.

However, could it have been a different scoreline if a big decision had gone Newcastle’s way?

The score was still goalless when Longstaff went down inside the penalty area under a challenge from Nunes.

But it was at the back where the statistics were really impressive.

Sven Botman was out of this world as he marshaled the defence.

The Dutch defender Sven Botman from Lille is proving to be a real hit on Tyneside already.

Check out this stat!

A lot of people were full of praise for Newcastle United’s new defender:

Newcastle United are on the brink of allowing Martin Dubravka to leave the club on loan with a deal agreed in principle with Manchester United.